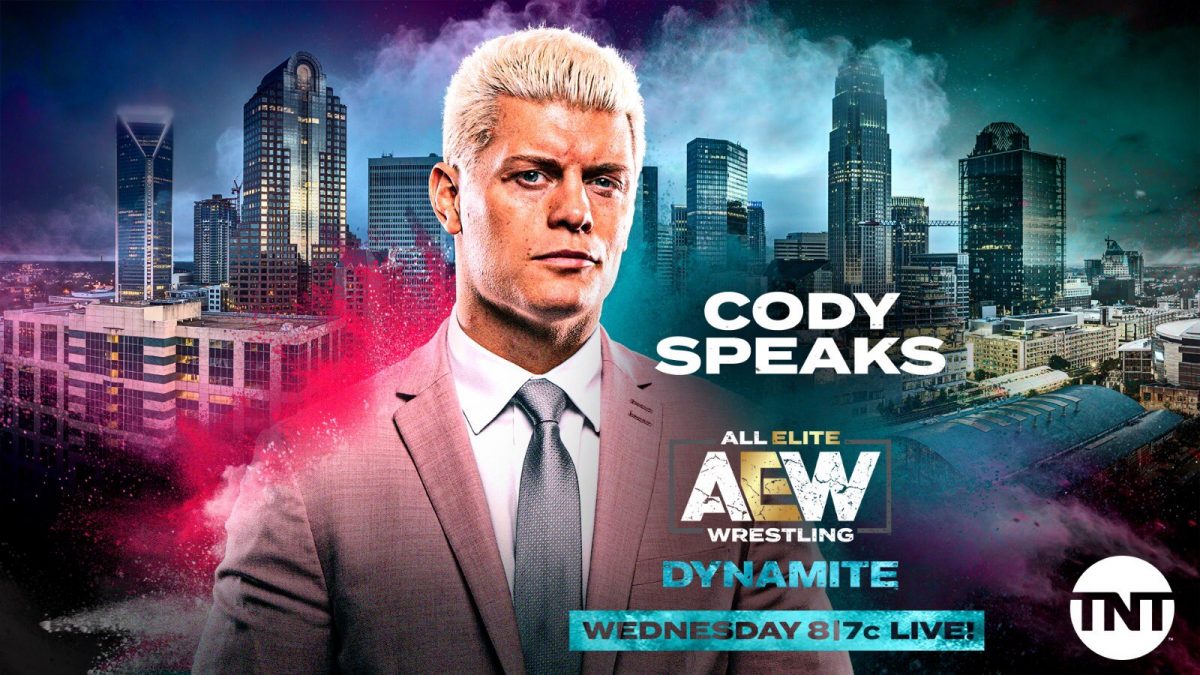 AEW announced the following for this week’s AEW Dynamite in Charlotte, NC:

– Cody will make a “career announcement”

This week’s @AEWonTNT #AEWDynamite I will be uninterrupted and have the chance to make my career announcement. I hope it resonates with the fans, because it matters a great deal to me.

AEW announced that the January 8 episode of Dynamite will be an “anniversary show.”

It would be the one year anniversary of AEW’s Double or Nothing press conference on January 8, 2019.

The show will take place in Southaven, MS, which borders Memphis, TN. It’ll take place at the Landers Center, which seats over 8,000.