Alexa Bliss Returning to the Ring at Starrcade 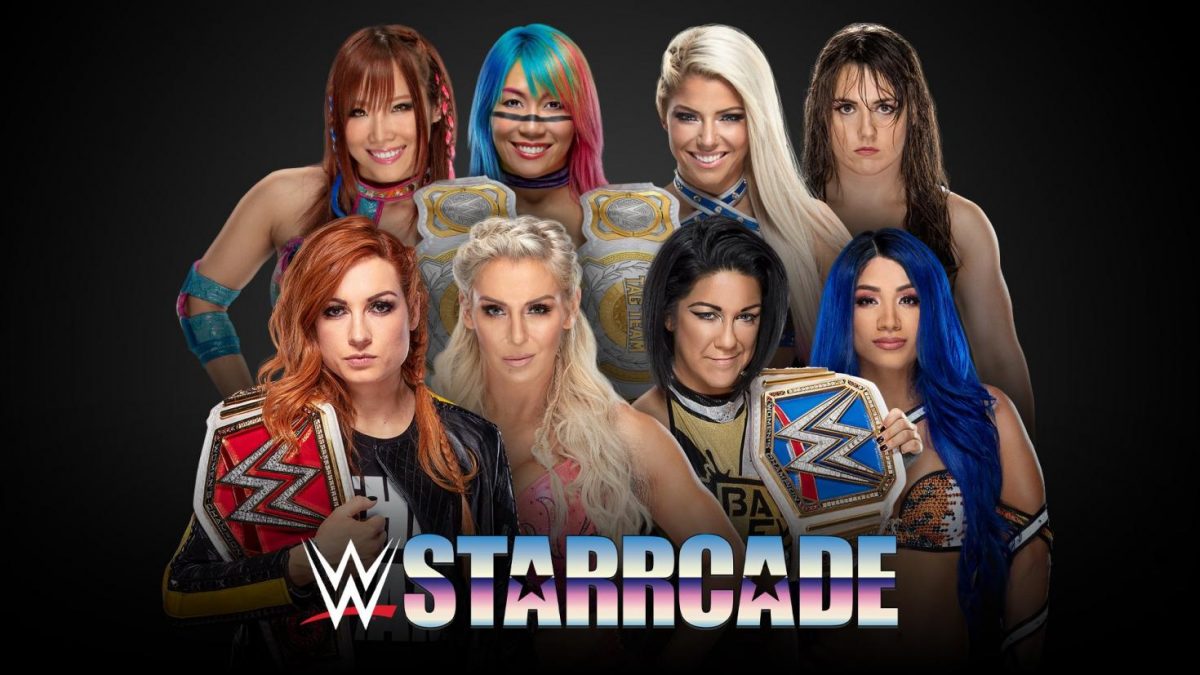 Alexa Bliss will be returning to the ring at the WWE Network Starrcade special this Sunday, WWE announced.

She has been out with a shoulder injury and last wrestled at Hell in a Cell on October 6, where she and Nikki Cross lost the Women’s Tag Team titles to the Kabuki Warriors.

Alexa will team with Nikki Cross in a four-way match for the Women’s Tag Team titles at Starrcade. It’ll be The Kabuki Warriors (c) vs. Alexa Bliss & Nikki Cross vs. Becky Lynch & Charlotte Flair vs. Bayley & Sasha Banks.

The one-hour Starrcade special will air at 7 PM ET on WWE Network this Sunday from Duluth, GA.

The only other confirmed match that will air on the Network is a Last Man Standing Match between Rusev and Bobby Lashley.