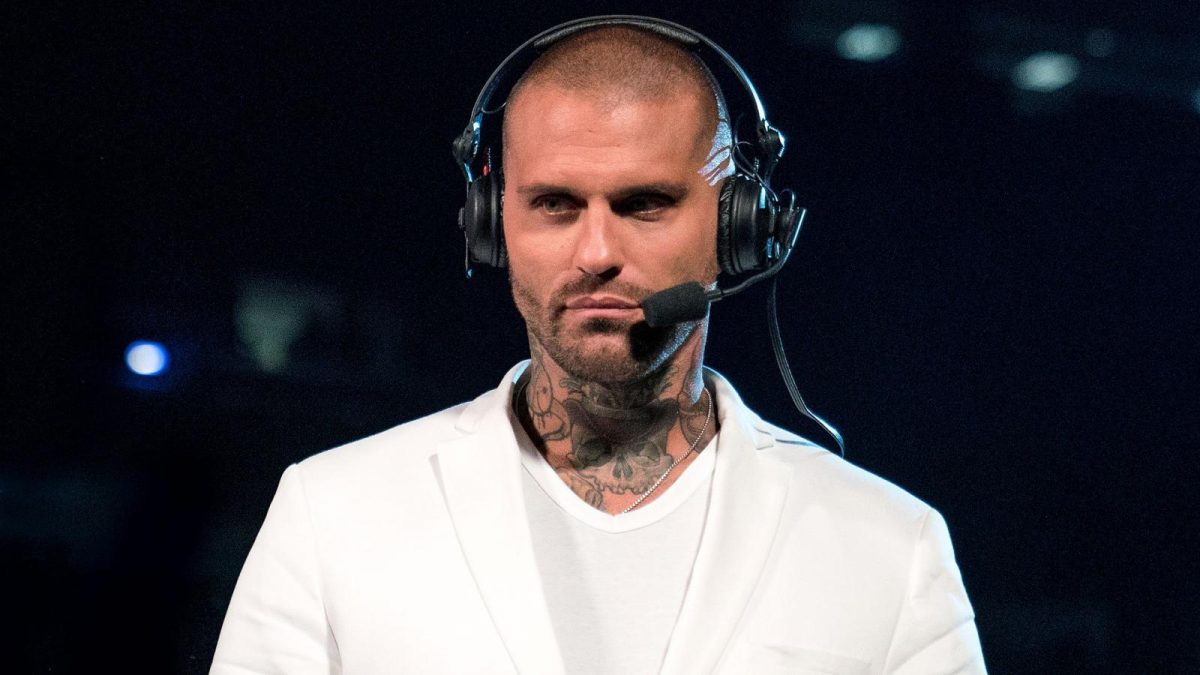 A recent episode of the After The Bell with Corey Graves podcast had Graves discuss a variety of topics, which included his thoughts on the travel issues following last week’s Crown Jewel event in Saudi Arabia and his criticisms towards WWE talent who were complaining and spreading rumors online.

On the topic of the travel issues following Crown Jewel, Graves stated that there were a lot of theories going around with WWE talent regarding the reason for the first plane’s issues but he believed it was just a mechanical problem and nothing else.

“We got to the airport after Crown Jewel. There were a litany of delays and no one seemed to get a surefire answer as to what was causing the delays,” Graves recalled. “We heard everything from ‘the fuel truck was parked on the runway and the guy who drove the fuel truck wasn’t there.’ Literally, 10 or 15 different reasons why we couldn’t get on the plane. As has been well publicized, there has been quite a few theories as to what happened. Long story short, speaking from personal experience; we got on the plane, in our seats and ready to takeoff, the flight crew took our food orders, there was confusion regarding the pilots, there was some sort of mechanical issue, they shut the plane down, restarted it. In the time it took to get this done, the flight crew had timed out and we were informed that we would not be taking off.”

On the topic of WWE showing favoritism towards top talent during the ordeal, Graves stated that the company was not showing any favoritism towards certain talent and everyone booked for the emergency flight had been advertised for the following night’s episode of Friday Night SmackDown.

“They deplaned everybody, management came around and said, ‘If we can get a group of you guys to SmackDown, would you be willing to do it?’ This is where it comes down to being a professional. We wanted to do it. The #Saudi20, depending on who you ask, was the 20 most important people in the company. That wasn’t the case. What it boiled down to was, (it was) the people that were advertised for SmackDown. It had nothing to do with who was more important or who had the most cache.”

On the topic of the rumors for the cause of the Saudi travel situation, Graves stated that he was upset over the rumors blaming Vince McMahon for leaving early and put all the blame on WWE’s talent for spreading the rumors online.

“What really got to me was when the rumors started coming out. The first one being, that Vince left everybody in Saudi Arabia. That’s not true. If you work here, you know that every week, no matter where we are, as soon as the final bell rings, Vince gets on his jet and goes home or to the next city because the guy is busy running WWE. It might be a sexy headline saying, ‘Vince left before everybody. Everybody was stuck except for Vince and Brock.’ When you’re Brock Lesnar, Tyson Fury, Hulk Hogan, Ric Flair; you’ve earned that. It wasn’t like [Vince] said ‘to hell with the talent.’ Vince did exactly what he has done every week, without fail. It wasn’t some, ‘Gotta get the hell out of the country, there’s something crazy going on.’ It was exactly how it works. That’s how things operate every week, this is no different.

All these conspiracy theories that have been drawn up…and half of it comes from some of the boys that were on the plane. If you are that insecure and you feel so strongly that you’re gonna get on Twitter and complain that our flight got screwed up, what’s Twitter gonna do? All it is is fuel for these ‘journalists,’ and then everyone puts their two cents in and starts coming up with their conspiracy theories. If you’re mad that your flight got delayed and you weren’t one of the Saudi 20, that’s on you. Quit crying about it on Twitter. You know who wasn’t complaining? Randy Freakin’ Orton. If anyone has the cache and the right to speak his mind, it would be Randy Orton. He got it. It was about doing the damn show.”