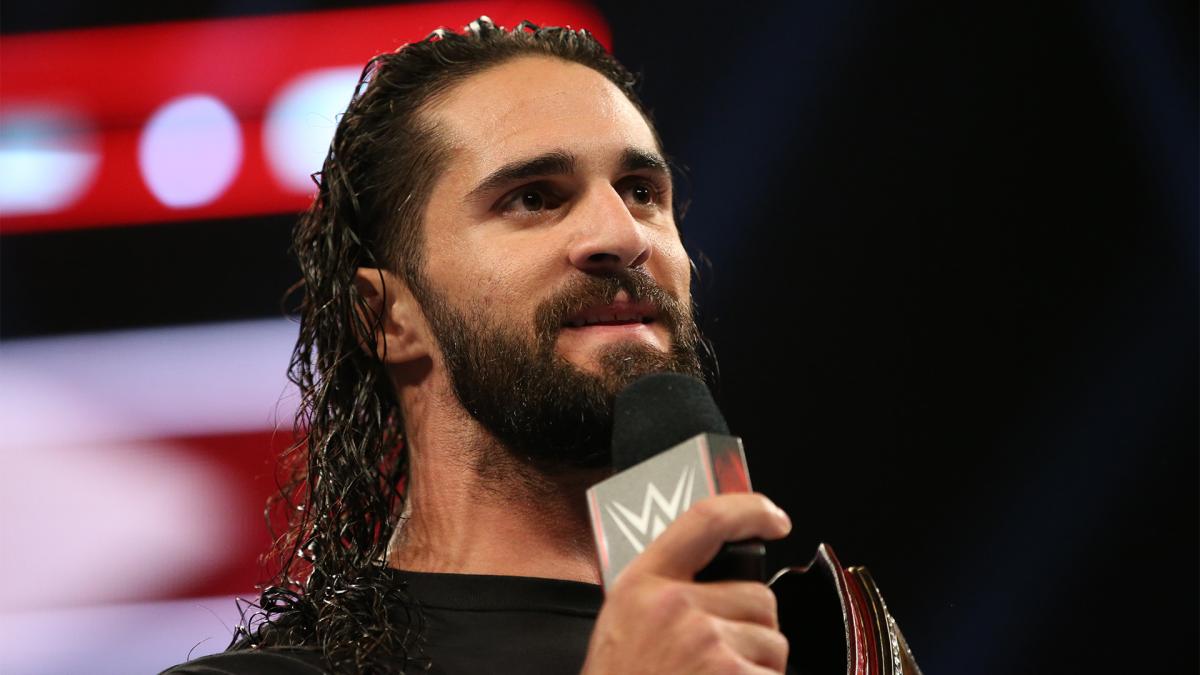 The debut episode of the After The Bell with Corey Graves podcast had Seth Rollins as one of the guests. Some of the topics discussed included his recent comments about All Elite Wrestling and Kenny Omega, his Twitter comments about Will Ospreay this past summer, and his feelings on the current state of wrestling.

On the topic of his recent comments made against All Elite Wrestling and Kenny Omega, Rollins stated he does not hold any ill will towards Kenny Omega but still believes WWE is the “top of the mountain” for wrestling.

“So, that was fun. We do Q&A sessions and so I had somebody ask me about a potential match-up between Kenny Omega and myself. Kenny and I worked together at Ring of Honor, nine, ten years ago or whatever it was. Maybe a little longer even, and we worked with each other and had some really good matches and I had a great rapport with Kenny. I actually considered him a pretty good friend and stuff and he told me about his time in developmental because he signed to WWE in Deep South [Wrestling] for a little while. He ended up getting sick of it and quitting and stuff like that and went on to have great success in his own right. But yeah, no ill will towards Kenny Omega and I’ve seen Kenny’s stuff since then and he’s an incredible performer but again, if I just sit there and say, ‘Oh, Kenny Omega, what a talent. I would love to wrestle him someday.’ Womp womp. That doesn’t make a headline man. That’s boring, then J.R. has nothing to talk about. God, just let us hate each other. Look, Kenny is great. Kenny’s gotta prove himself in the WWE. So, that’s what I was saying. It is what it is. WWE is the top of the mountain. I’m the guy sitting at the top of the top of the mountain and so if Kenny wants to come and like I said, play in the major leagues, get out of the minor leagues or whatever then that’s fine. The bottom line is, I [asked] Kenny to come to me because I’m not going to him anytime soon.”

On the topic of the comments he made against Will Ospreay this past summer, Rollins stated he respects Ospreay and felt upset over the backlash he received online regarding his comments about money.

“To me, a big part of being one of the best is being able to draw money,” Rollins told Corey Graves on After The Bell. “That’s what our industry is at the end of the day and people don’t like that for some reason when it came from my mouth. When other people talk about it, say Cody Rhodes or Sasha Banks, they’re cool. But if I come right out and say, ‘I’ve drawn more money than you over the last however many years’ I’m the bad guy. Fine. I’ll be that guy. I’ve got nothing but respect for Will Ospreay. It’s cool that he stepped up and we got into a spat. If we’re all buddies and friends, that’s lame. I can be the most humble dude on the planet, but that’s boring. Twitter is a place where you have fun.”

On the topic of the current state of wrestling, Rollins stated he feels wrestling is currently in a “weird place” due to fans being a “very fickle audience.” Rollins also said that he did not enjoy the negative reception his recent Hell in a Cell match against “The Fiend” Bray Wyatt generated online.

“If they don’t get what they want, they whine about it on Twitter. That’s kinda what happens nowadays. It happens with everything, not just our industry. If you do something, and it strikes a chord, it’s almost like you’re doing the right thing. I don’t even know anymore. It’s a weird industry. It’s 2019 and I don’t know what wrestling looks like anymore. It’s a weird place,” he said. “A year ago, I was everybody’s favorite. The same people panning Hell in a Cell are the same people who were clamoring for me to be the guy to face Brock Lesnar at WrestleMania. I don’t know what changed, except for the fact that I became the person they wanted me to be. Then they hated me for it. It’s a very fickle audience …

It’s not a good feeling to put your body on the line, and you go out there and people don’t like it. It hurts your feelings. You go out there, work hard, and you can have your opinion on it but it’s a tough pill to swallow sometimes.”