Lesnar vs. Velasquez Match Style Was Changed Because Velasquez Has a Bad Knee 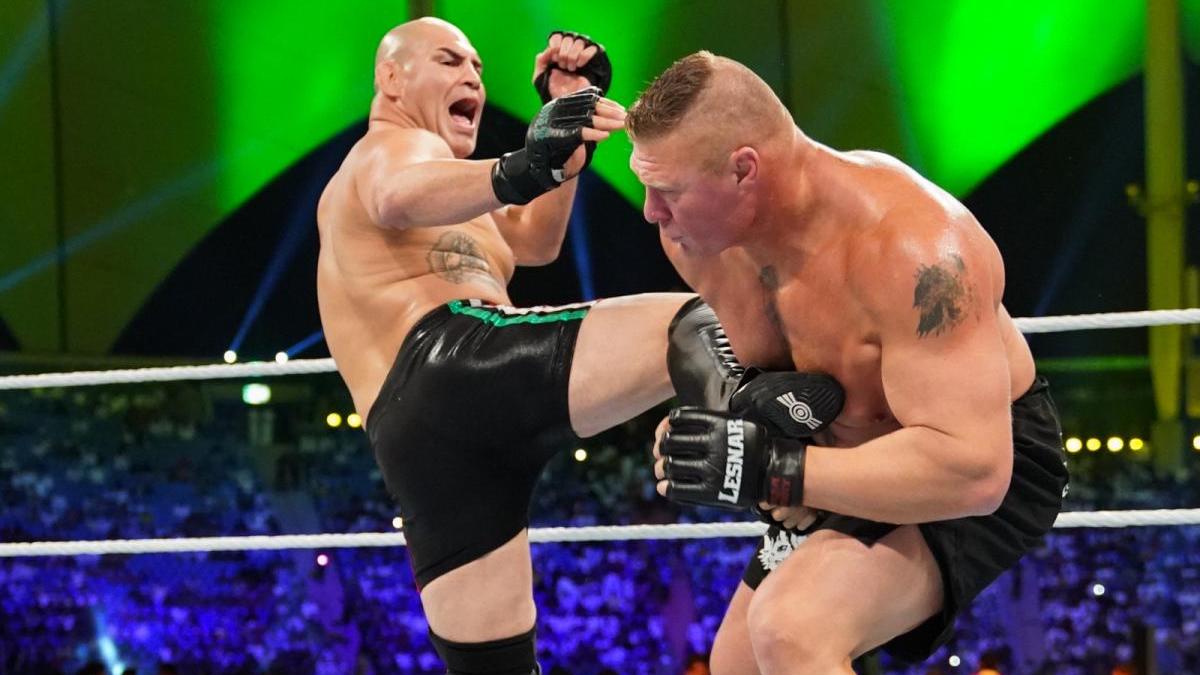 Cain Velasquez’s knee injury is worse than expected, which reportedly led to a change of plans for his match against Brock Lesnar at Crown Jewel.

Velasquez has needed surgery for an unspecified knee injury for a while, but had been able to work through it. It’s still not known if he’ll be undergoing the surgery in the very near future or some time down the line.

The original idea for the Lesnar vs. Velasquez match was a quick Paul Heyman-style match like Brock Lesnar and Goldberg have wrestled in several times, with a layout of big moves, according to the Wrestling Observer Newsletter. Instead, with Velasquez’s knee in “bad shape,” the match was changed to the MMA-style that we saw, where Velasquez didn’t take many bumps and the match ended in about two minutes.