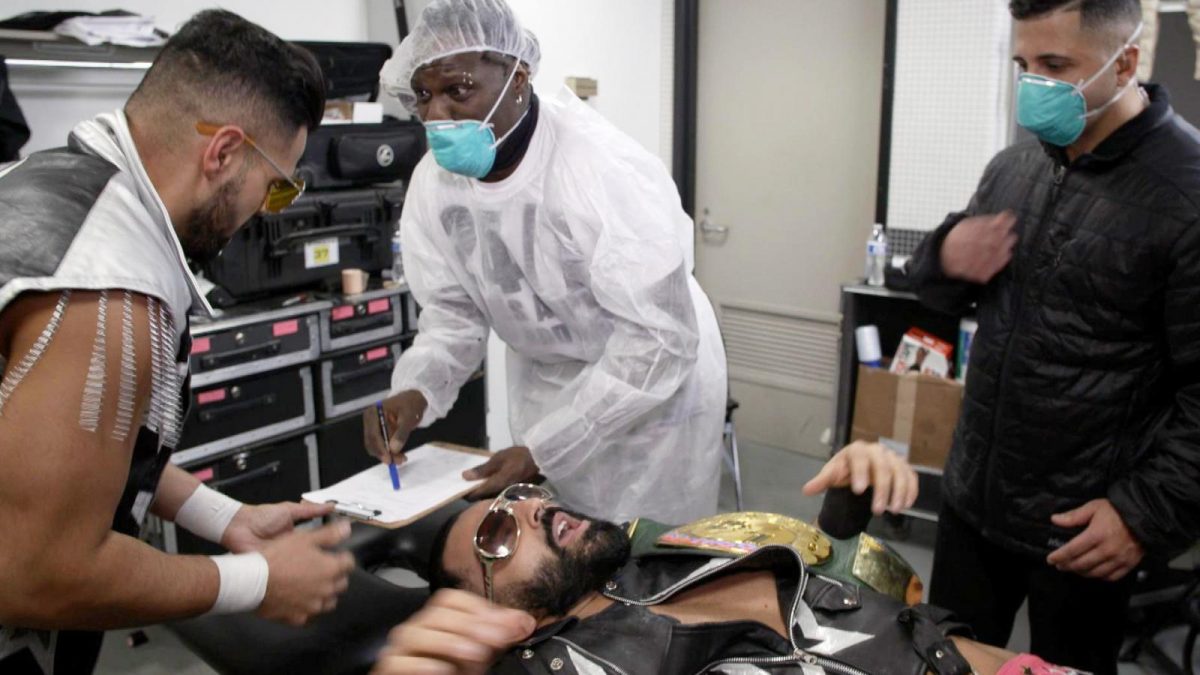 R-Truth won the 24/7 Championship from Samir Singh yesterday in an online-only video.

After Singh was beat down by Erick Rowan, he was sent to the back for “medical attention” and R-Truth, dressed as a doctor, attacked him and pinned him to win back the title.

WWE announced that AJ Styles will defend the US Championship against Humberto Carrillo again on Raw next week.