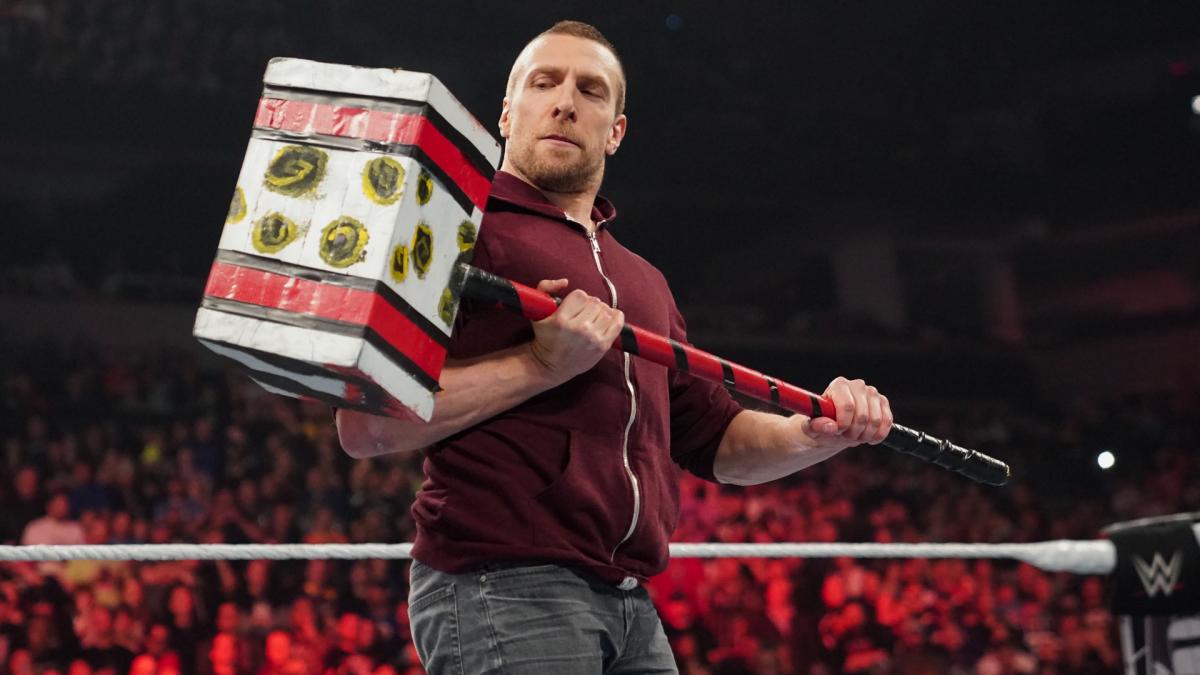 After a couple of weeks off of TV since Bray Wyatt “tore out his hair” on the November 29 SmackDown, Daniel Bryan “returned” tonight with a haircut and beard trim.

After Wyatt defeated The Miz at TLC, the lights went out and Bray excitedly said, “He’s here!” When they came back on, Daniel Bryan was in the corner wearing a hoodie. He hit a running knee on Wyatt, then took off the hood to reveal a shorter haircut and trimmed beard.

Bryan then hit some more offense on Wyatt, then grabbed the giant cartoon mallet and was going to hit him with it, but the lights went out and Wyatt disappeared. Bryan slammed the mallet down on the mat and led a “Yes” chant as his music hit.

Nobody likes a bully.

I was SOOOO excited to see you!😞

PS: The Miz is tough

PPS: HE’s coming for you all☠️☠️☠️