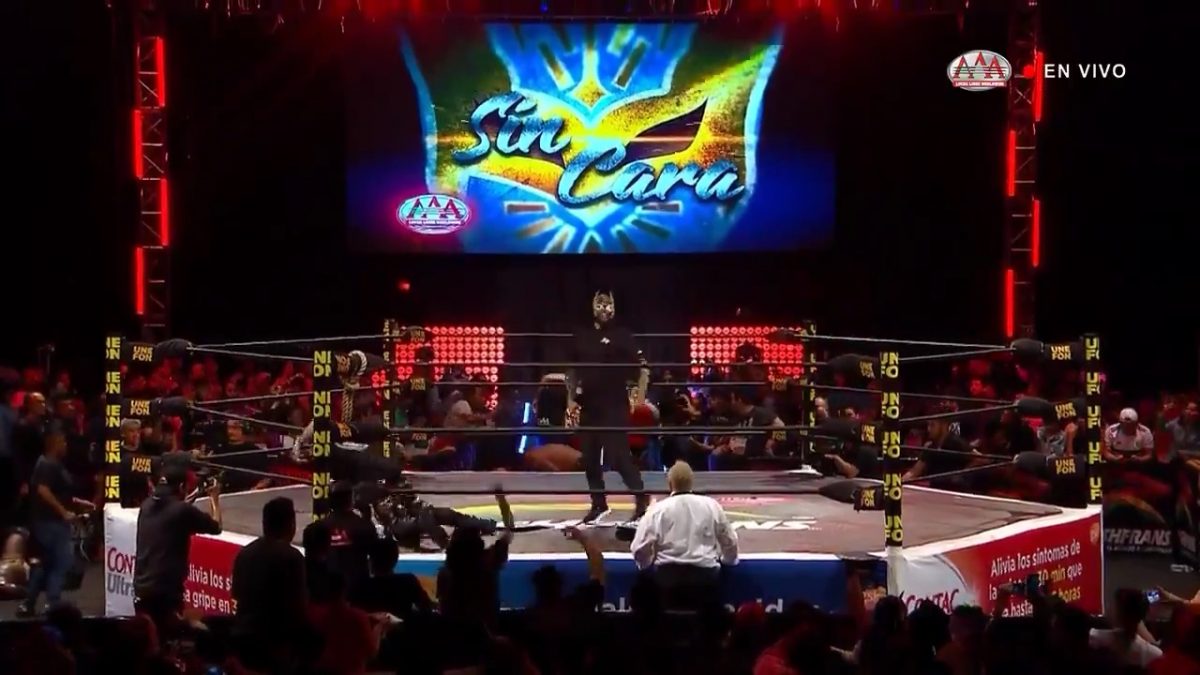 He ran out to make the save for his friend Pagano as Pagano was being attacked by a few heels, then got on the mic and said that he was now home with AAA and would see everyone again next year.

He was introduced as “Sin Cara,” which could possibly be an issue, since luchablog pointed out that WWE has a trademark for the name in Mexico. He wrestled in AAA in 2004-2005 as “Incognito.”

He also has a 90-day non-compete clause, which would expire around March 8. luchablog also pointed out that it may only apply to US promotions, but that’s not confirmed and it would depend on the contract. AAA’s next major show is Rey de Reyes on March 16, so Sin Cara would be able to wrestle on that show either way.