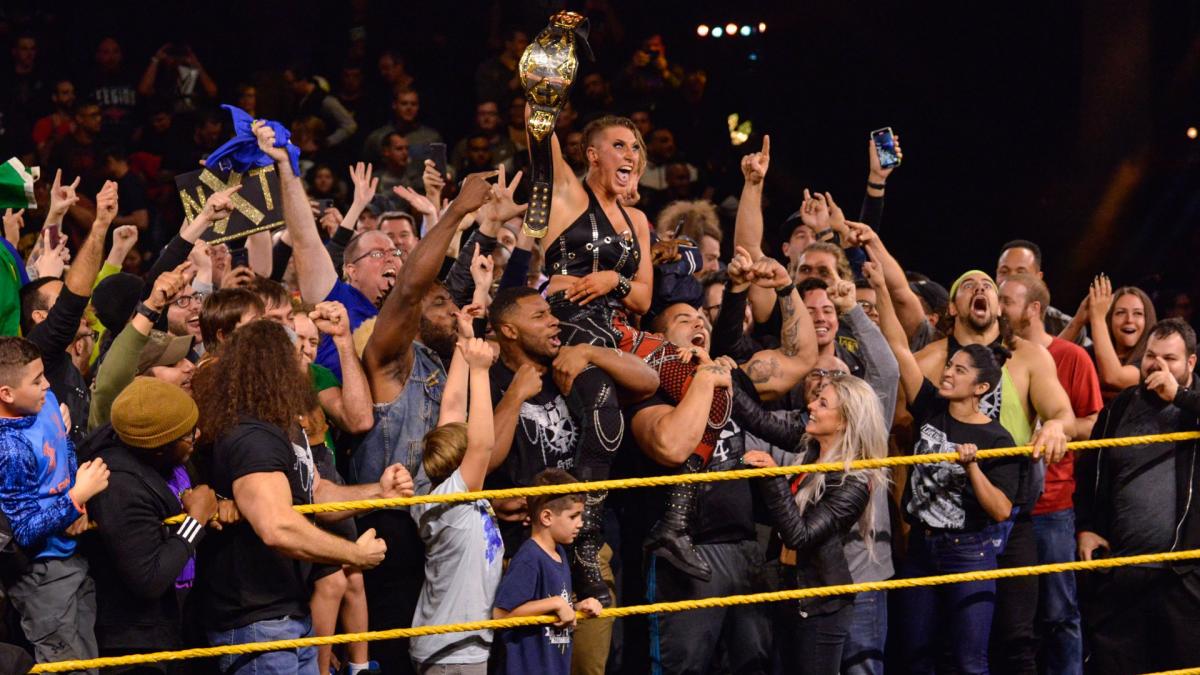 Sports Illustrated held a recent interview with Rhea Ripley and one of the topics discussed included her getting very helpful match advice from Cesaro for her NXT Women’s Championship match against Shayna Baszler at last week’s episode of NXT.

“I was ready for that moment. I knew I had her exactly where I wanted her. She’s on my lap, I’m thinking I got this, but then the fear of slipping came into my head when I stood backwards. I tried to ignore that and just go with it, and that’s when I knew it was mine. My finisher Riptide is hard enough to do in the ring, let alone on two little ropes, and Cesaro helped me figure it out how to do it from there. We were at the PC struggling with it and he came out of nowhere to help.”

A recent episode of the State of Combat podcast had Kofi Kingston as the guest and one of the topics discussed included his thoughts on Big E being worthy of becoming a WWE Champion in the future.

“I think that when you talk to E, he’s very modest about it. He says he just shows up to work and does what he’s supposed to do. I think we all know, and we wouldn’t be having this conversation if we didn’t know E’s potential to be able to carry the load. He’s phenomenal on the mic, he’s funny, he can be intense, he’s well-spoken. He’s just an all-around good dude. I think it’s just a matter of time. When the time is right, he will definitely be somebody that can take the bull by the horns and lead the charge. We’ll see, we’ll see what happens as time goes on but, yeah, E is definitely a guy that is more than capable of being the face of the company and lead. Myself and Woods will be right there beside him, supporting him the whole time and holding him up. That has always been the philosophy of our group — always to push our brothers to the top. We’ll see what happens, we never know. When it happened to me, it wasn’t supposed to. Who knows? We’ll see.”

FS1 will be airing a four-hour block of WWE programming starting at 8PM EST tonight on their network.

Bruce Prichard Currently Writing Book About His Career in Wrestling

Bruce Prichard stated in a recent episode of the Something To Wrestle with Bruce Prichard podcast that he is currently writing a book about his lengthy career in wrestling. Prichard stated that the book’s production has been slow due to the passing of someone who was collaborating on the project and him being very busy with his current job in WWE.