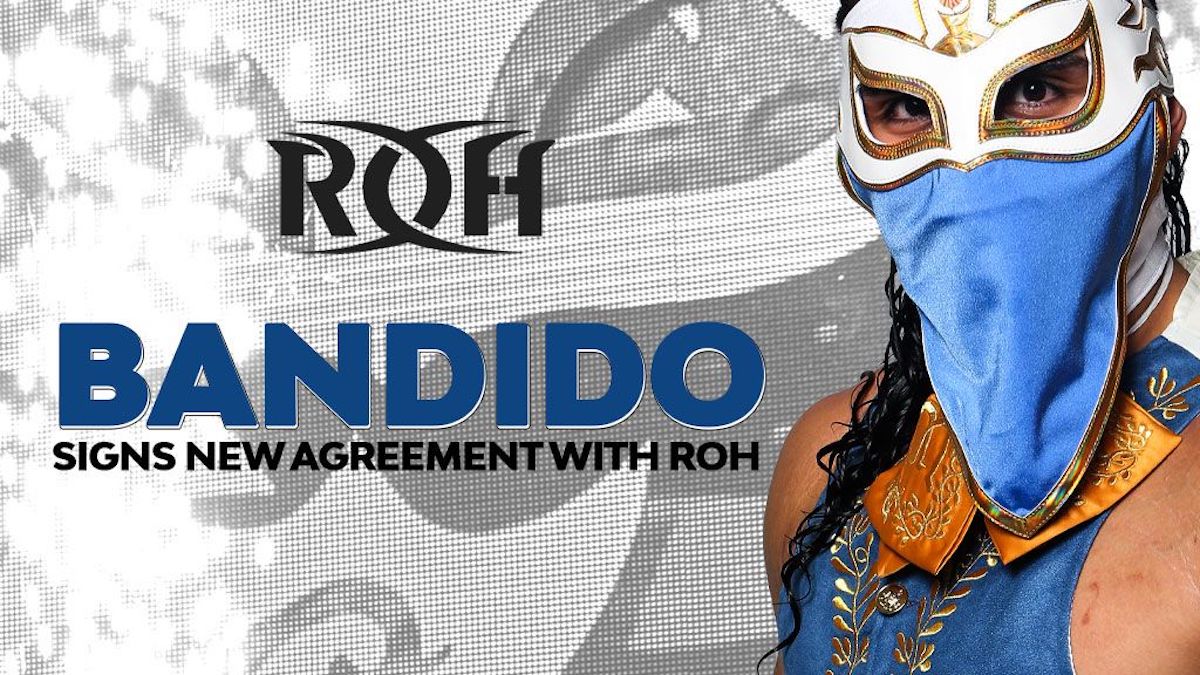 Bandido has re-signed with Ring of Honor, the company announced today.

Ring Of Honor Wrestling Takes Great Pride In Signing And Developing Top Wrestling Stars
From Around The World And We Are Very Proud To Have Bandido On Our Roster! #ROH 🤝 pic.twitter.com/QugXUtzPvn

No further details about the contract were revealed.

Bandido originally signed a one year deal with ROH in December 2018 and debuted in January 2019.