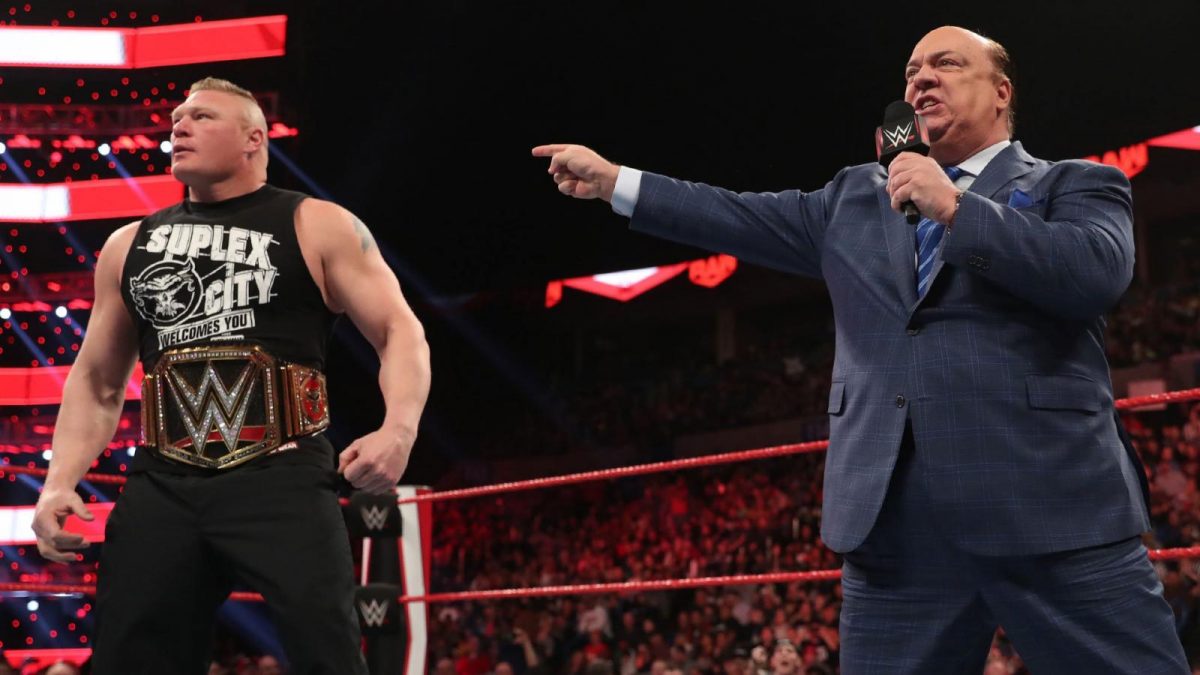 On tonight’s Raw, Paul Heyman announced that Brock Lesnar is entering the Royal Rumble match this year, and he will “go all the freaking way,” entering as the very first wrestler in the match.

Heyman didn’t explain what might happen if Lesnar wins. Lesnar is the current WWE Champion and the winner of the match is supposed to get a title shot at WrestleMania.