La Parka Passes Away at Age 54 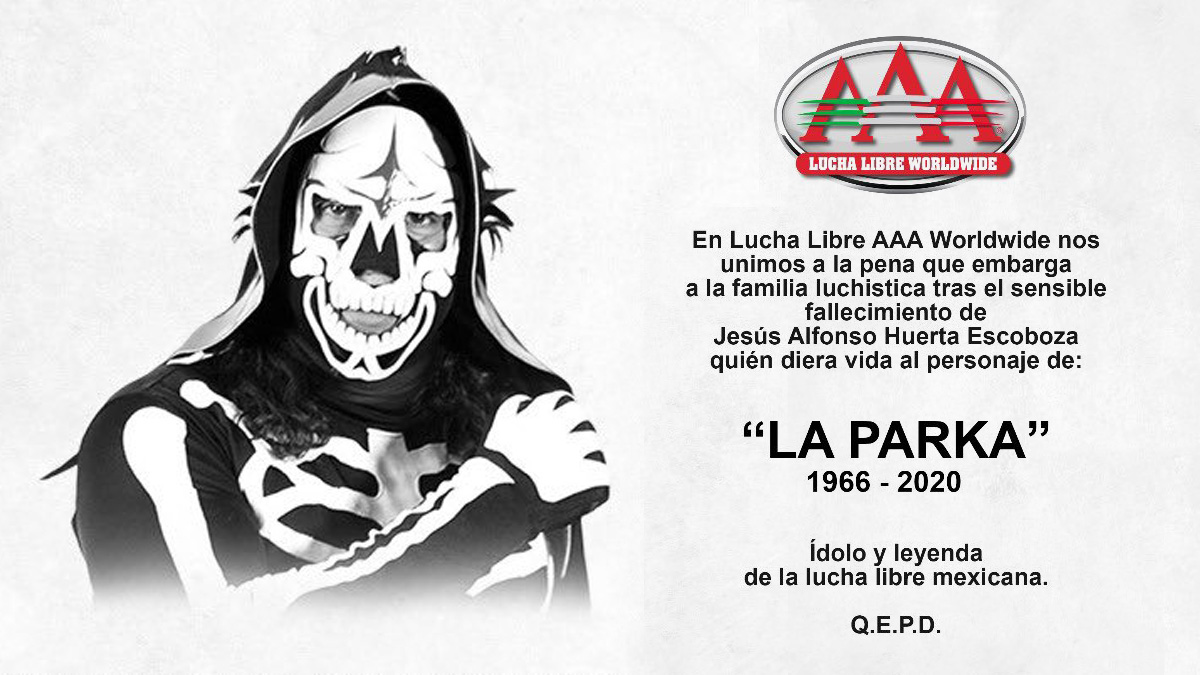 Jesus Alfonso Huerta Escoboza, who wrestled in Lucha Libre AAA as La Parka, passed away on Saturday at the age of 54.

He was the second wrestler to use the La Parka name and is not the original La Parka, who wrestled in WCW and has wrestled as L.A. Park since 2003 due to AAA claiming the copyright for the name.

Lucha Libre AAA stated on Twitter that La Parka suffered renal failure on January 10 and was put on medical assisted breathing. On January 11, his lungs and kidneys completely failed and he passed away on Saturday morning.

La Parka had suffered a life-threatening neck injury at an event for KAOZ Lucha Libre this past October in Monterrey, Mexico. He underwent surgery to repair his neck, requiring a lengthy hospitalization stay prior to being discharged last month. Prior to his passing, he had been gradually regaining feeling in his arms and legs.

We are very sad to report that our friend and idol of Mexican wrestling Jesús Alfonso Escoboza Huerta “LA PARKA” has passed away.

We extend our support and condolences to his whole family and raise our prayers for his early resignation.

In Lucha Libre Libre AAA Worldwide we join the sorrow of the wrestling family after the sensitive death of Jesus Alfonso Huerta Escoboza who gave life to the character of:

Idol and legend of Mexican wrestling.

On the night of January 10, he had renal failure, so it was necessary to return him to assisted breathing. Today, January 11, his lungs and kidney completely failed.

Originally from Hermosillo, Sonora, Jesus Alfonso Escoboza Huerta toured Mexico and the world under the mask of La Parka with the AAA Star Caravan for more than 20 years, reaching the level of idol and wrestling legend worldwide.

Among his winnings are the Copa Triplemania, the Copa Antonio Pena, the masks of Cibernetico, Gigante Drako, Halcon Dorado Jr., and Muerte Cibernetica, besides being the top winner of the Rey de Reyes tournament.