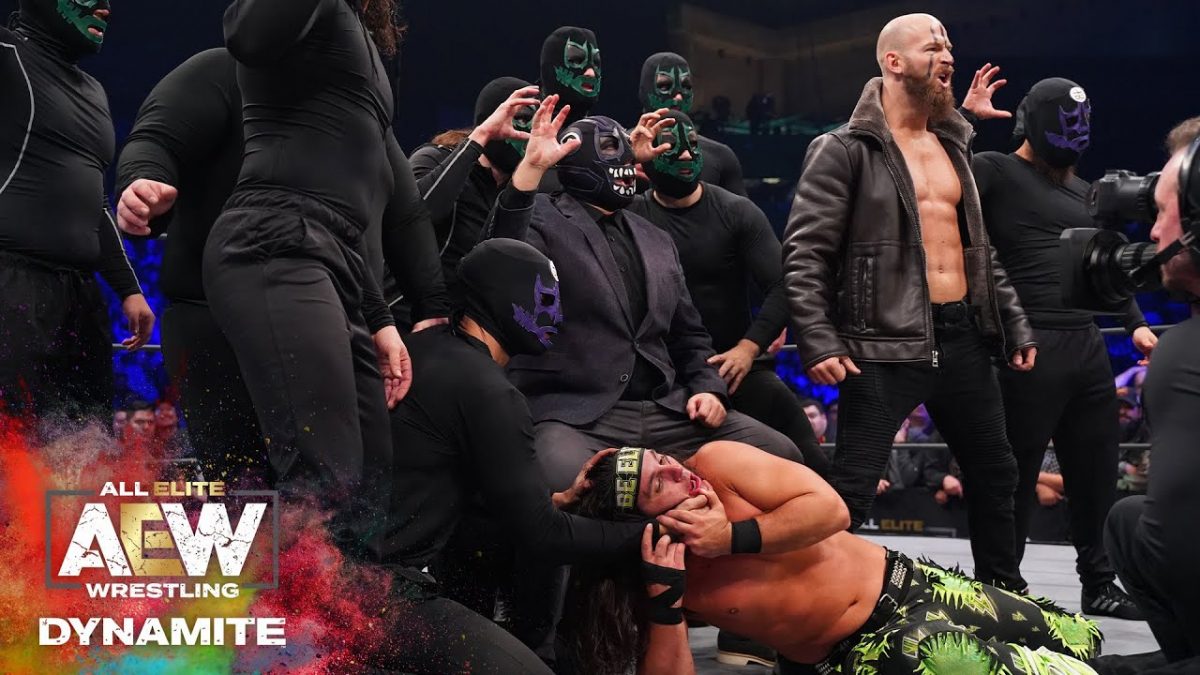 Prior to getting an offer he couldn’t refuse and re-signing with Ring of Honor, Marty Scurll was booked to be revealed as the leader of The Dark Order in AEW, according to the Wrestling Observer Newsletter.

The reveal was actually booked for the December 18 episode of Dynamite, the Observer’s Dave Meltzer says. The Dark Order was set to beat down The Elite to close the show and at the end, Scurll would appear as the leader of the group. Instead, Scurll signed the most lucrative deal in ROH history and the show still closed with the Dark Order beat down, but there was no big reveal.

Following the angle, AEW has aired more Dark Order vignettes with members talking to an apparent leader of the group off camera, calling him “the exalted one,” so AEW may have a backup plan for another leader.

There has been some speculation that it could be revealed as Matt Hardy, whose WWE contract expires in March, since the leader says “wonderful” in one of the segments.