Cody Says He Broke His Toe From His Steel Cage Moonsault 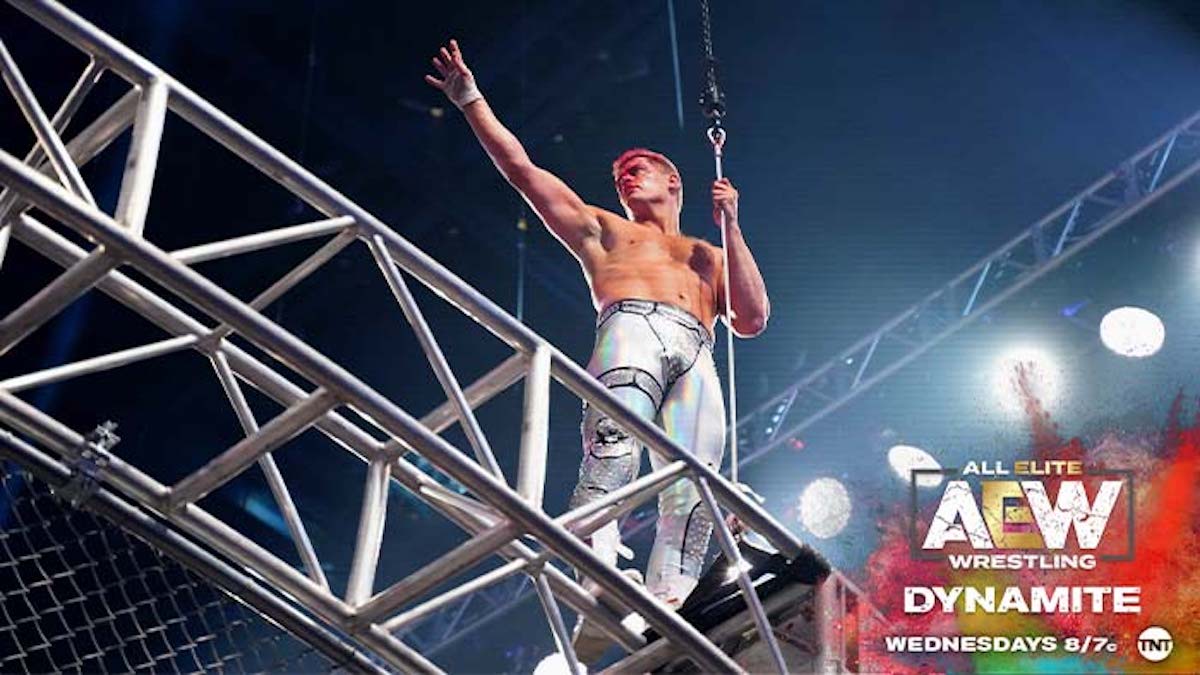 Cody Rhodes said on Instagram that he suffered a “small fracture in [his] big toe” when he landed from his big moonsault off of the top of the cage on Dynamite on Wednesday.

But he says that he is cleared for action, so he won’t miss his match against MJF next Saturday at AEW’s Revolution PPV.

“Long way down…” – small fracture in my big toe, but I’m on a treatment plan with @docwholifts_1 & CLEARED for action. @allelitewrestling @aewontnt #aew

HOW DID @CodyRhodes PULL THAT ONE OFF?!?!?! #AEWDynamite on @tntdrama pic.twitter.com/R8c6NgEU94

As first reported by @CodyRhodes on his IG account https://t.co/KR72d2zpot And confirmed by @DocSampson13. Due to Cody’s foot hitting the mat after landing the moonsault, he has a: Non-displaced fracture of distal phalanx R great toe.
His status: Cleared for action as tolerated.