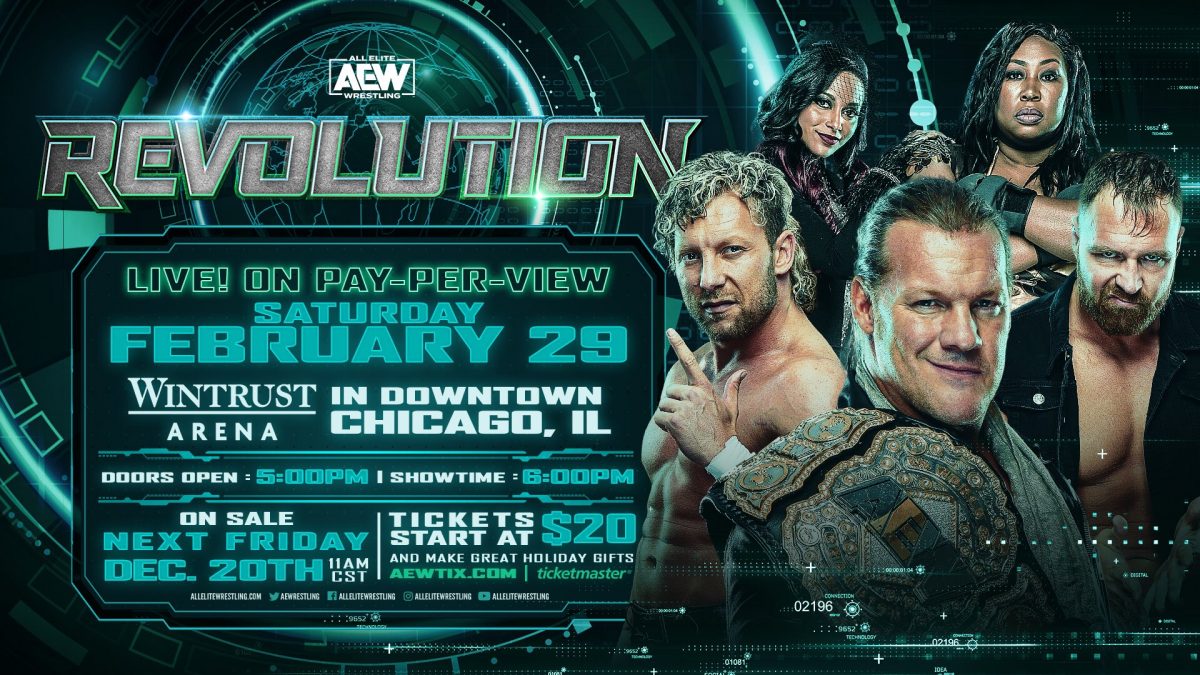 AEW’s next PPV, Revolution, will take place on Saturday, February 29 at the Wintrust Arena in Chicago, IL.

One new match was officially announced tonight on Dynamite and another challenge was made.

– Dustin Rhodes vs. Jake Hager – Dustin challenged Hager, wanting revenge from when Hager “broke his arm” a few months ago on Dynamite. Hager didn’t initially answer, but the match was officially announced for the PPV later in the night.

– Darby Allin vs. Sammy Guevara – This match is not official yet. In a video, Darby Allin challenged Guevara to a match at Revolution, wanting revenge for Sammy slamming Darby’s throat into his skate board.

– Cody vs. MJF – This will be official if Cody beats Wardlow in a cage match next week and if he doesn’t lay a hand on MJF until the match.

– AEW World Tag Team Championship: Kenny Omega & Hangman Adam Page (c) vs. TBD – The champs will face the winners of a tag team battle royal that will happen on Dynamite next week.

– Darby Allin vs. Sammy Guevara (Not official yet)