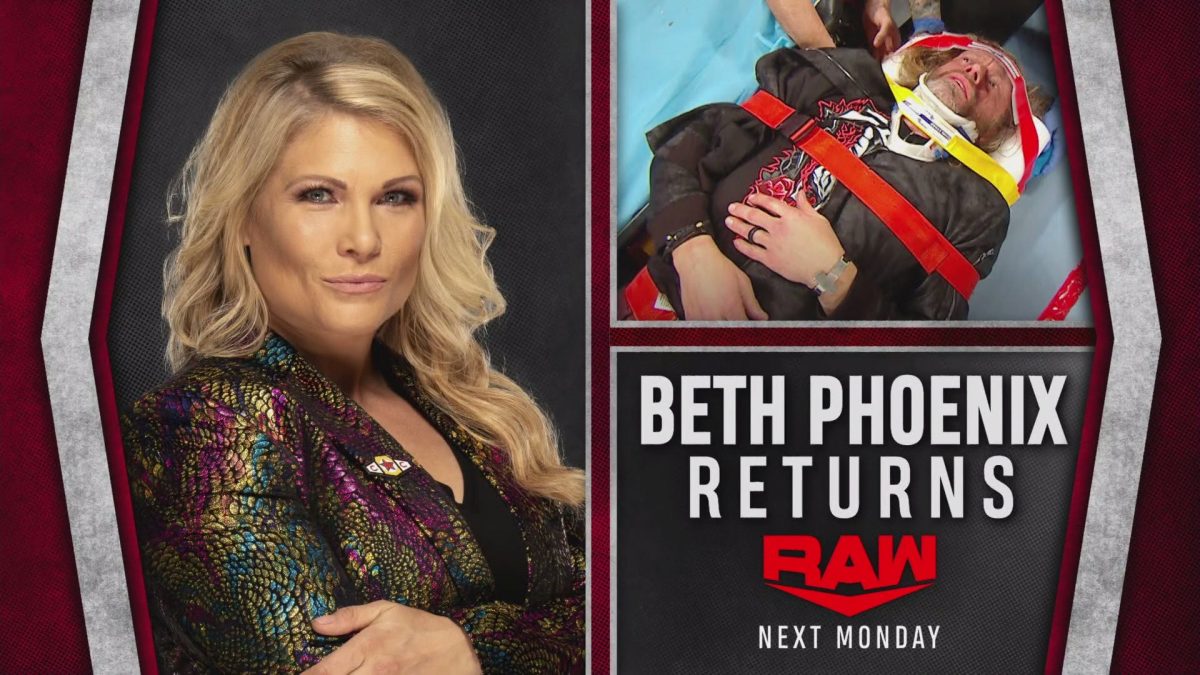 Here’s what WWE has announced for next week’s Raw in Brooklyn:

– Beth Phoenix will give a medical update on her husband, Edge.

NEXT MONDAY: @WWE Hall of Famer @TheBethPhoenix RETURNS to #Raw to provide a medical update on her husband, @EdgeRatedR! pic.twitter.com/SG53V6Xyy9

WWE taped these matches for Main Event before Raw tonight in Winnipeg, Manitoba: