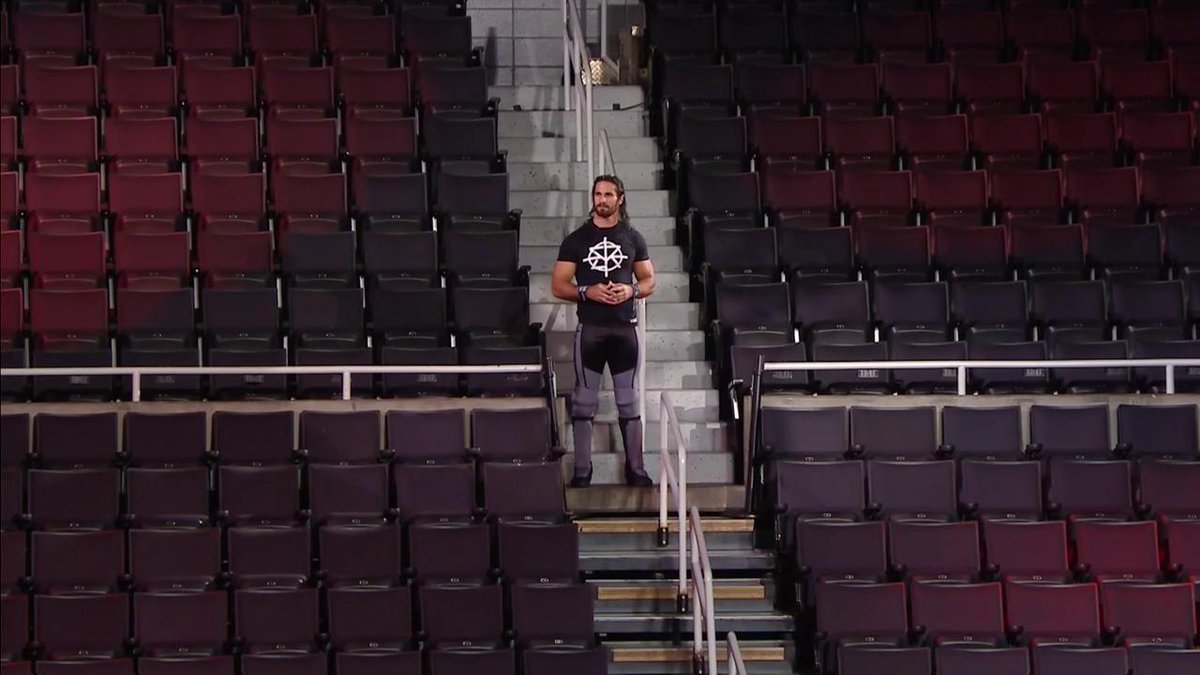 UFC Announces Cancellation of Events and Closure of Offices

UFC reportedly has cancelled their next three events and shut down their offices until the end of March, according to Post Wrestling.

John Pollock reported that UFC President Dana White sent an email to employees on Monday stating that the company’s March 21st, March 28th, and April 11th events have been cancelled due to coronavirus issues. UFC reportedly had been planning to hold their March 21st event at the FireLake Arena in Shawnee, Oklahoma but cancelled those plans following a recent government recommendation against public gatherings of more than ten people.

White’s email also stated that the company’s offices would be closed until the end of this month for health safety reasons.

So many people have reached out over the past few days to say thanks for not canceling our Brasilia event on Saturday. When weird things happen in the world, or when there’s a tragedy, like the October 1 shooting, people want things to get back to normal, and nothing feels more normal than watching sports.

We did everything we could to relocate our next three events– London, Columbus, and Portland. But every day, there are new restrictions put in place on travel and large public gatherings that are making it impossible to stay on schedule. We can’t even hold an event in Vegas, our home town, because there’s a ban on all combat sports events in Nevada until at least March 25.

As you heard me say, I’ve been in the fight game for 20 years, and this is what we do—we find a way to keep our events going no matter what. If fighters miss weight, if fighters get hurt, or if states won’t regulate us, we figure out a way. But this is different. The whole world is being affected right now, and nothing is more important than the health and safety of you and your families.

USA Wrestling announced that they have postponed all national amateur wrestling events until April 20th due to the coronavirus outbreak in the United States.

The organization announced that this includes both the final Olympic 2020 qualifier trials and Olympic 2020 team trials, which had been scheduled to take place on March 28-29 and April 4-5 in Pennsylvania.

AEW’s Chris Jericho and Cody Rhodes announced that they are currently holding a charity fundraiser on ProWrestlingTees.com with all proceeds generated going towards the United Way and World Health Organization.

All profits from the sales of this shirt go to that fund #aew https://t.co/i97frjV0fw 💯% pic.twitter.com/CaNef39LR4

These are tough times, but I have a few simple rules for all of you to follow to stay safe! Pick up the new #RulesOfJericho shirt at @prowrestlingtees and ALL PROCEEDS will be donated to the @who to fight the #CoronaVirus! #LeChampion #ShutYourAss #worldhealthorganization (design by @wearethealtar)

Game Changer Wrestling announced that they have postponed their The Collective series of events, which had been scheduled to take place during WrestleMania 36 weekend in Tampa, Florida. GCW also announced that they will be offering refunds for all those who request it but are hoping most will keep their tickets for the rescheduled dates to be announced in the future.

On behalf of The Collective: pic.twitter.com/vIkgOvqZ0R

WWN Postpones All of Their WrestleMania 36 Week Events

World Wrestling Network announced that they have indefinitely postponed their WRESTLExpo series of events, which had been scheduled to take place during WrestleMania 36 week in Tampa, Florida.

With a heavy heart, we must inform you that all WRESTLExpo events have been postponed indefinitely.
WWN is a small business. We have been hit hard by the current climate. We ask for your patience as we work out ticket refunds and other options. We will contract ticket holders over the next few weeks. In the meantime, you can contact us at Help@WWNLive.com for assistance.

We have tens of thousands of dollars in deposits and other expenses we are currently trying to recover. As we recover this, we will issue refunds. It is the best we can do. We understand your frustration and need for a refund. We will eventually make you whole and do right for you. We are humbly asking for some time.
We only survive because of your support. WWN has produced over 600 events since 2002. Your support has resulted in thousands of wrestlers having a platform to launch and enhance their career. Your support has put money directly into all these talenta’ pockets. We were only able to do this because of you. Now we need your support in another way- patience.

Thank you while you wait until we are able to remedy this situation. We are all in the WWN Family together. We will make things right with you.

We will persevere. We will adapt. We will be stronger.

WrestleCon announced that they have officially cancelled this year’s WrestleCon convention following WWE’s announcement of WrestleMania 36 being moved to their Performance Center.

The company stated that WWE announcing their decision before the city of Tampa made the official decision ended up causing a contractual issue with their host venue, Marriott Hotels. It was also stated that due to the company not having cancellation insurance for WrestleCon 2020, Marriott officials had demanded over $100,000 in hotel fees before eventually backing down.

Thanks for asking Peter. Unfortunately Mania cancelling before the city or state actually puts us in a bad situation with our venues. pic.twitter.com/tm6tb7l75o

5:46pm update. Thanks to Marriott Westshore for agreeing to honor the Force Majeure clause and not holding either our guests or WC responsible for the liquidated damages. The Emergency Declaration by Gov DeSantis to cancel events over the next 30 days was a major factor.

New Japan Pro Wrestling announced that they have officially cancelled their Lion’s Break Project 3 event due to the coronavirus outbreak in the United States.

This event had originally been scheduled to take place on April 2nd in Tampa, Florida

Lion's Break Project 3, which was scheduled to take place in Tampa, FL on April 2, has been cancelled.