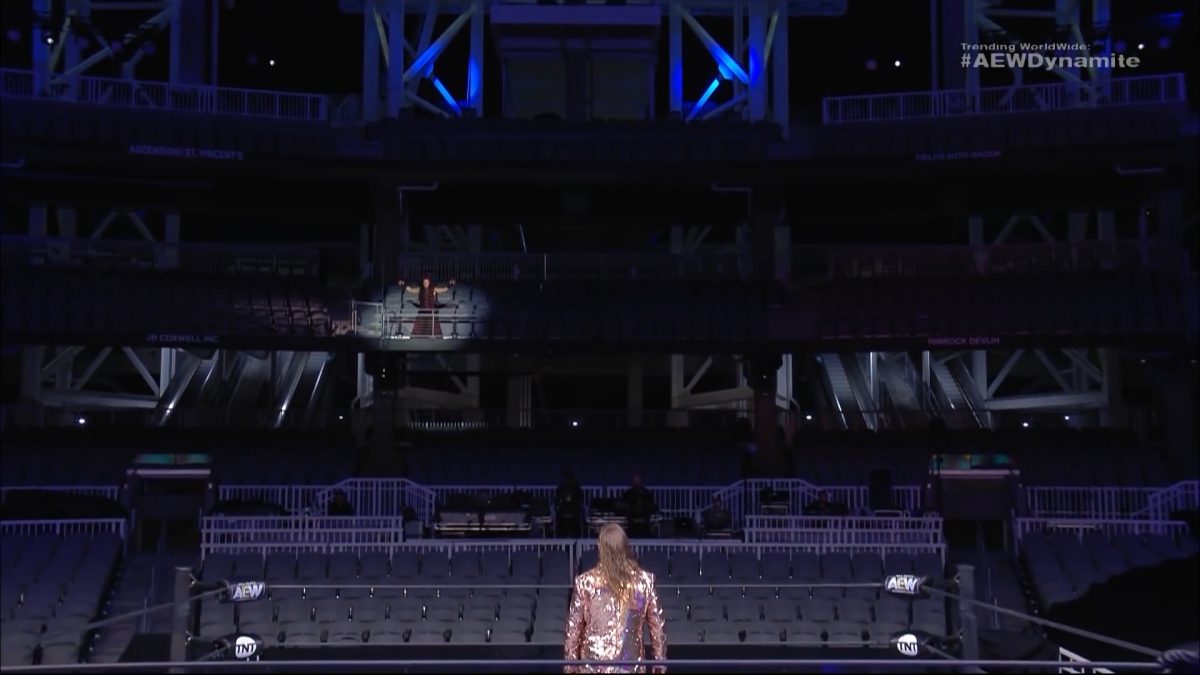 The Matt and Hardy and Chris Jericho segment this past Wednesday on Dynamite had to be re-taped because Chris Jericho “absolutely hated” the original version, according to Dave Meltzer on Wrestling Observer Radio.

The segment was originally taped the day before on Tuesday, but Jericho hated it so much that they wanted to redo it the next day. But since the arena is open air, it was still light outside before the show, which presented a continuity issue since the segment was going to air at night. So Dynamite aired a Kip Sabian vs. Darby Allin match to open the show, which was actually taped the day before. And while that match was being aired, they re-shot the Hardy and Jericho segment and quickly edited it to place into the show later.

They had taped that segment on Tuesday and Jericho hated it. He absolutely hated it. So they were gonna go and re-tape it on Wednesday. They didn’t want to do it live, cause you can’t do it live. They were gonna do it before the show then they realized because it’s like, outdoors, that it was light out and you couldn’t tape in the afternoon and then put it in the show because it’s like 9:45 at night and all of a sudden it’s light out. So you had to wait until it’s dark to do this.

So what happened was on the show that aired on Wednesday, everything was live except for the Kip Sabian match with Darby Allin, which was taped the day before. So what they did was as the Kip Sabian and Darby match was playing, they redid the segment that we saw and rushed into editing and they edited the whole segment in 15 minutes and made it on the air with 15 minutes to spare or something like that. They liked the second version better than the first.

On a related note, AEW explained away the idea of Matt Hardy “teleporting,” saying that it was actually “a fleet of Aerial Assault Drones led by Vanguard 1 projecting an array of images of Broken Matt Hardy.”

Teleportation?
Of course not.
It was merely a fleet of Aerial Assault Drones led by Vanguard 1 projecting an array of images of #BROKEN @MATTHARDYBRAND to confuse @chrisjerichofozzy which hasten the MAKER OF PAIN’S descent into madness during last week’s #AEWDynamite.