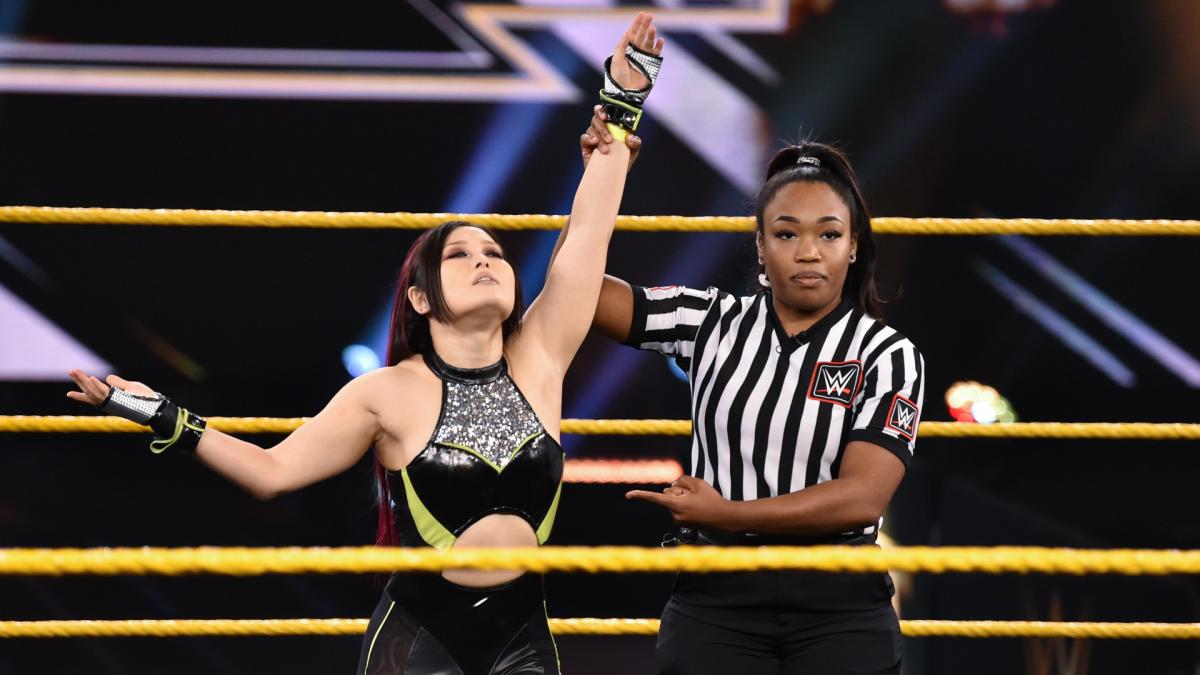 Io Shirai made her NXT return tonight for the first time since suffering a knee injury on the January 22 episode.

Shirai defeated Aliyah in a qualifying match and will be part of the #1 contender ladder match on NXT in two weeks, for a chance at the NXT Women’s Championship at some point. Candice LeRae, Mia Yim, Tegan Nox and Chelsea Green have also qualified for the ladder match, with one more spot to be filled next week.

Aliyah was originally scheduled to face Xia Li tonight, but Li was mysteriously attacked backstage and Shirai was a surprise replacement.

Although I hurt my knee and couldn’t wrestle, I shocked the medical trainers by fully recovering within two months. Thankfully no permanent damage at all!!