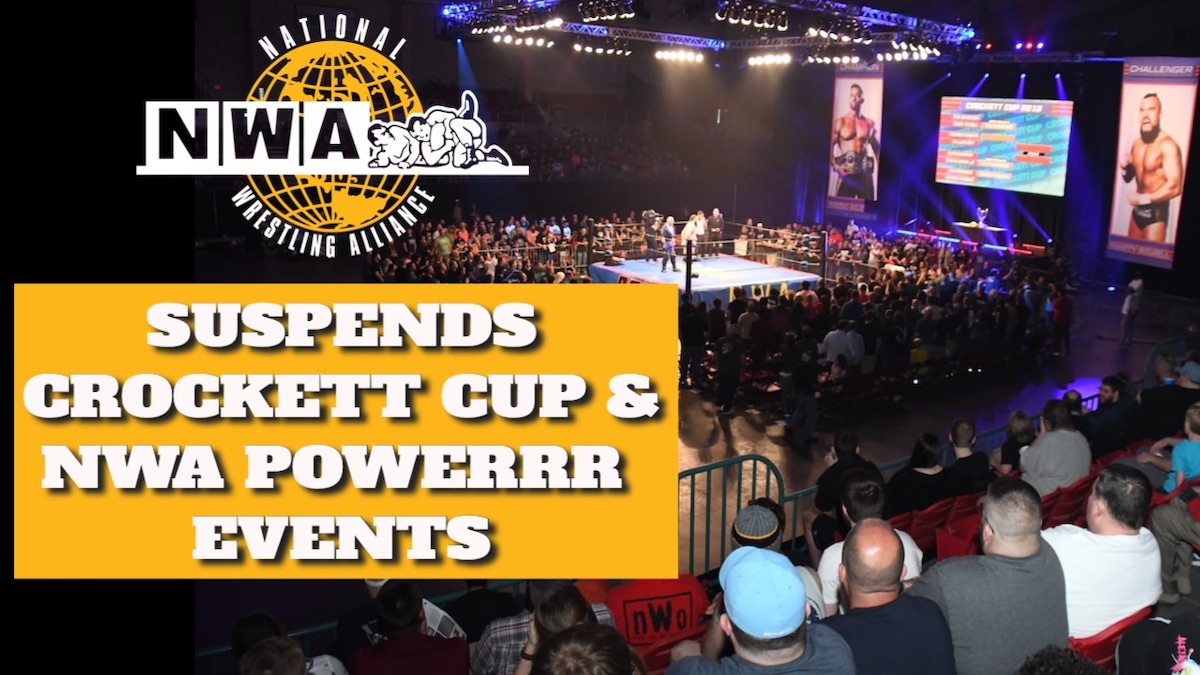 The NWA announced that they have suspended their upcoming Crockett Cup PPV and NWA Powerrr tapings because of the coronavirus.

The Crockett Cup PPV was set to take place on April 19 at the Gateway Center Arena in Atlanta and the tapings were set for April 20 and 21 at GPB Studios in Atlanta.

Nothing was mentioned about rescheduling the Crockett Cup and the NWA said that people who bought tickets would be getting refunds.

The National Wrestling Alliance, given the uncertain course of this world health crisis, is suspending normal operations until June as far as any live performances. This includes the upcoming Atlanta, GA events; Crockett Cup PPV on April 19th at the Gateway Center Arena and our NWA Powerrr tapings at GPB Studios on April 20th and 21st. At this time, the Super Powerrr episode scheduled to air on Tuesday March 17th, which promoted these events, will not air in its current form in order to not create confusion in the marketplace. However, we will continue to produce content in the interim, and thank fans in advance for their continued support.

The health and safety of our wrestlers, in-house and NWA staff, and fans are of the utmost importance during the global pandemic of COVID-19. We look forward to seeing you all soon.

For those who have purchased tickets to The Crockett Cup at the Gateway Center, you’ll be receiving a refund from the point of purchase. For the NWA Powerrr at GPB on April 20th and 21st, if you’d like to keep your tickets for a future GPB event please email Maureen@nationalwrestlingalliance.com If you do not contact Maureen within 5 days, you’ll be issued a refund on your NWA Powerrr tickets.

Also anyone who has pre-ordered Crockett Cup on Fite.tv will be receiving a refund as well ASAP.