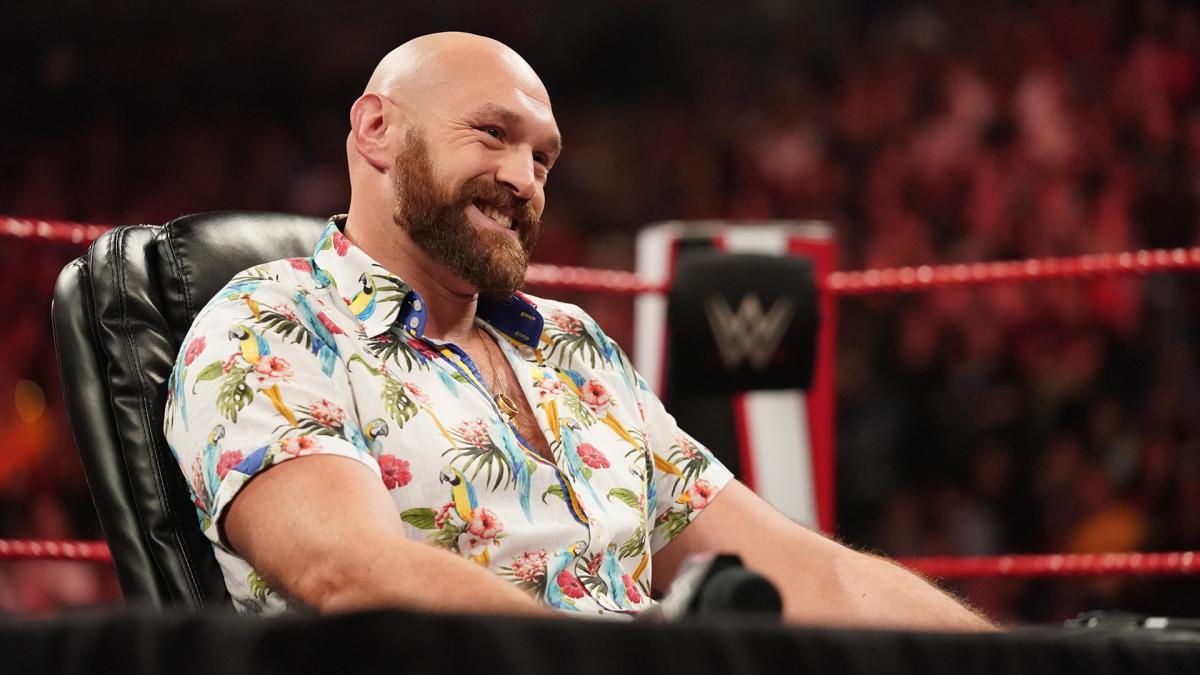 Drew McIntyre was interviewed by talkSPORT yesterday and said that he was “coming for” heavyweight boxing champion Tyson Fury.

“I know Tyson Fury is on the show today, as well. I need to bring up Fury because he was talking trash about me, so I know he’s coming on the show,” McIntyre said. “Tell him ‘I saw what you said about me.’ He didn’t care who won the match [between Lesnar and I], he thought I was going to win and thinks he can smash me. Just let him know ‘Fury I’ve won the championship, now I’m paying attention to you’. After I beat Sutton, I’m coming for Fury.”

😠 “I know Tyson Fury’s on the show… he was talking trash about me!”

We would love to see that! 🙏🤣 pic.twitter.com/QRCU3j1suO

Fury responded in his own interview with talkSPORT, saying, “If Drew McIntyre wants to speak to the Gypsy King then he doesn’t have to look very far because I’m here and I’m available.”

“I probably would have jumped in the ring and set about both of them. But you know I’m all open for the challenge,” Fury continued. “I beat one giant wrestler who’s bigger than Drew, Braun Strowman, knocked him clean out, I’m sure I’d do the same to our old Drew. But I’m over ecstatic for him because it’s the first ever time in history that a British fighter has won the WWE Championship. So congratulations to Drew, but I’m not a 42-year-old man like Brock Lesnar, I’m in the prime of my life, and like I’ve shown before, I can cross over to any fort and win. If Drew McIntyre wants to speak to the Gypsy King then he doesn’t have to look very far because I’m here and I’m available. Look what I’ve just done to Deontay Wilder, the most fearsome puncher in the history of world heavyweight boxing, so I’ll have no plans not to smash Drew McIntyre.”

“I was supposed to be at WrestleMania 36, but obviously with the coronavirus I couldn’t be there.”

@dmcintyrewwe has call me out after his @wwe Wrestlemania 36 victory, first I say congratulations and what a fantastic job. Secondly I accept his challenge, anytime any place, anywhere.👍🏻🙏🏻