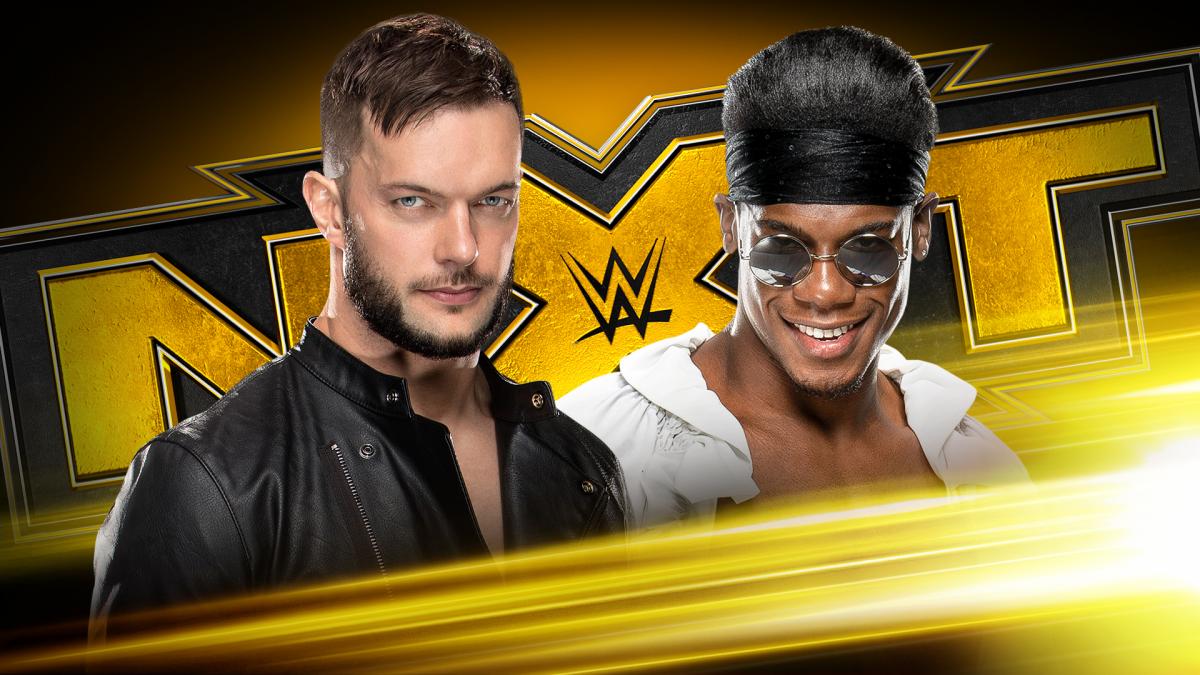 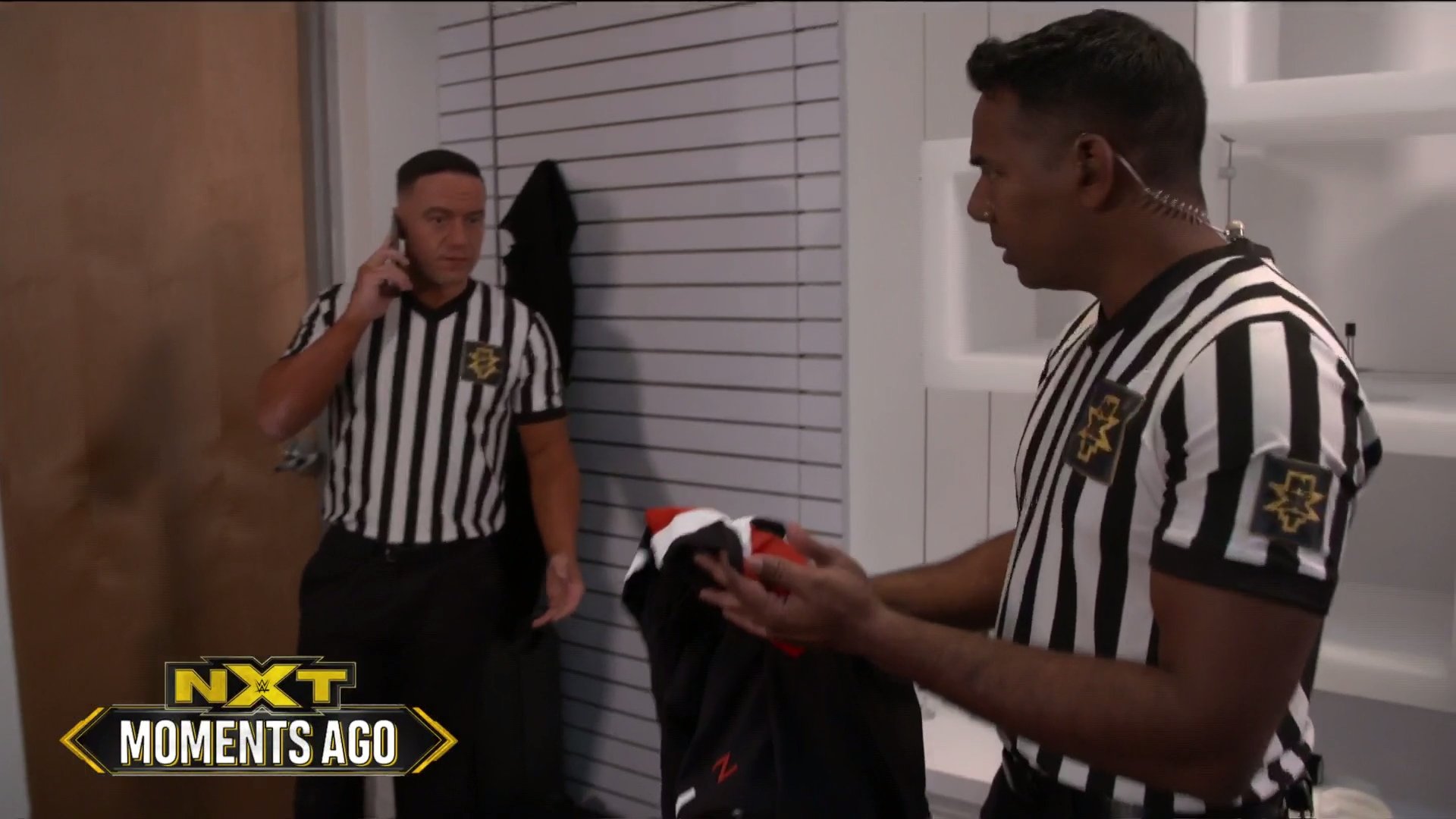 The Velveteen Dream is in the ring and says, “New levels, new devils.” In his experience, sometimes you’re just dealing with the same old demons. None of that matters because he’s been stood up by a Demon in Finn Bálor.

NXT Champion Adam Cole interrupts him. A lot of people assume that the winner of the Bálor vs. Dream match would determine the No. 1 Contender for his title. Cole knows what Dream is doing. Dream is trying to weasel his way into an NXT Championship opportunity. Dream will never be champion because Cole is his reality. Cole doesn’t know what happened to Finn Bálor, but he knows exactly what will happen to Dream.

All of a sudden, Bobby Fish and Roderick Strong attack Dream from behind. Cole gets in the ring, and they triple-team him. Eventually NXT North American Champion Keith Lee runs down and wipes all three men out. Lee gives Cole a pounce into the other Undisputed ERA members and helps Dream up. The Undisputed ERA retreats up the ramp.

Tegan Nox will start against Raquel Gonzalez. Gonzalez quickly goes for a big boot, but Nox drops down and tries for a roll-up. Gonzalez doesn’t go down. Shotzi Blackheart tags in and attacks Gonzalez. Gonzalez doesn’t go down. Blackheart goes for a head-scissor takeover, but Gonzalez stays standing. Dakota Kai tags in and goes after Blackheart, but Blackheart takes her down and hits a reverse sling blade. Blackheart splashes her against the ropes and tags Nox in. Nox hits a cannonball in the corner before bringing Blackheart in. Gonzalez runs in, but they sidestep her to send her out of the ring. Nox helps Blackheart scale the ropes and hit Kai and Gonzalez with a splash on the floor!

Nox and Gonzalez tag in. Nox stuns her with some chops and punches before trying for a clothesline, but Gonzalez won’t go down. Nox tries again for the same result. Nox stomps the foot and head-butts her. Gonzalez reverses a whip to the corner, but misses an avalanche. Nox uppercuts and kicks her in the face. Nox goes to the top rope and kicks Kai off the apron. Nox goes for a cross-body block, but Gonzalez catches her and hits a fallaway slam. Blackheart blind tags in and hits a seated senton for a two count. Kai runs in and knocks Nox out of the ring. Gonzalez hits Blackheart with a one-armed powerbomb for the win.

They show the video of Drake Maverick talking about his release from WWE. Maverick is shown talking in an interview about how this is everything to him. Maverick doesn’t want people to feel sorry for him, but he’s going to give everything he has. Maverick isn’t done and will go out swinging with the NXT Cruiserweight Championship.

Atlas attacks the back, and Maverick struggles to get to his feet. Atlas takes him down with a waistlock and applies a grounded bearhug. Maverick fights up and runs him face-first into the turnbuckle. Maverick then sidesteps Atlas to send him into the ring post shoulder-first. Maverick kicks the leg and uppercuts him a few times. Atlas reverses a whip to the corner, but Maverick slingshots over him, backs up, and hits a drop-toe-hold into the corner. Maverick kicks the turnbuckle into his face and hits a missile dropkick. Maverick applies the Tequila Sunrise, but Atlas gets out of the ring. Maverick hits a suicide dive and puts him in the ring before hitting a diving elbow drop for a near fall!

Maverick puts him in the corner and charges, but Atlas superkicks him down. Atlas goes to the top rope, but Maverick uppercuts him. Maverick stands on the top rope for a super hurricanrana, but Atlas holds onto the ropes. Atlas does a cartwheel on the top rope into a vicious DDT for the win!

Jake Atlas is interviewed and says he’s on top of the world. Atlas says that’s one down and three to go. He’s going to be the new Cruiserweight Champion.

Damian Priest says that Keith Lee can’t beat him and will feel his wrath.

The bell rings, and Nese quickly takes Kushida down before posing. Nese takes him down a second time, but Kushida twists out and takes Nese down. Nese applies a submission, but Kushida fights out and applies a hammerlock. Nese backs him into the ropes and gets a rope break. Kushida forearms him back, but Nese kicks him and leaps over the top rope to snap him on the ropes. Nese’s legs actually got caught up, which could have been bad. Nese pulls Kushida out and sends him sternum-first through the barricade. Nese gets Kushida into the ring and covers for a one count. Nese puts him on the apron, but Kushida lands on his feet, goes to the top rope, and hits a diving chop. Kushida goes for a handspring back elbow, but Nese sweeps him. Nese gets him out of the ring and sends him into the barricade.

We come back from the break to see Nese applying a body scissor to Kushida. Kushida fights out, but Nese chops him. Kushida fights back and sends him to the apron. Nese quickly snaps him off the top rope and goes for a springboard moonsault, but Kushida moves. Kushida forearms back at him before Nese reverses a whip. Kushida counters with a handspring back elbow. Kushida hits a hip toss, does a cartwheel, and dropkicks him. Kushida punches him in the face and kicks him in the arm. Kushida sends him into the ropes, but Nese holds the ropes. Nese quickly tries for a pumphandle slam, but Kushida counters into a Hoverboard Lock. Nese gets out with a northen lights suplex. Nese soon takes Kushida down and hits a 450 Splash, but Kushida kicks out.

Karrion Kross and Scarlett Bordeaux are shown in a vignette warning about doomsday.

Johnny Gargano is shown in his home talking about how lucky he is to be married to Mrs. Candice Wrestling. Gargano always believed in himself. Candice LeRae shows up with newly dyed purple hair. Gargano flips out and says he’s always been a company guy doing all the promotional spots while dirtbags like Tommaso Ciampa got everything handed to him. LeRae says she was the big sister to the whole roster, but no one was there when she needed them. They’re going to tear NXT down and rebuild it in their image. They’ll make history as the first-ever married couple as NXT Women’s Champion and NXT Champion. They’ll rule this place together. LeRae says they’ll get what they deserve.

Io Shirai is shown in a vignette saying she’s been waiting a long time to show Charlotte Flair how great she is. Flair will find out when she steps in the ring with her. Shirai says she bows down to no one. 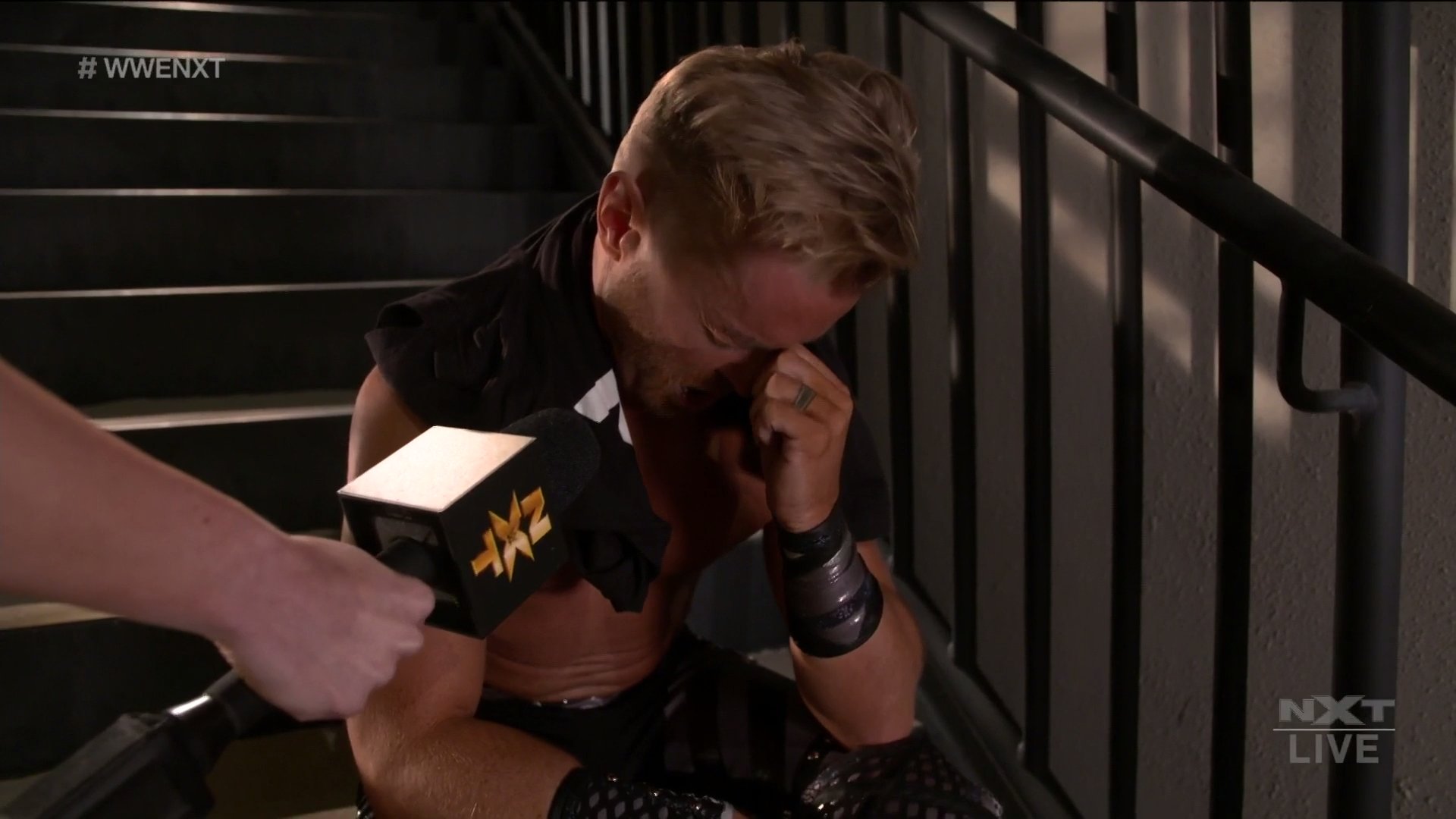 Yim quickly powers her to the corner and takes her down. Kamea comes back with a shoulder block, but Yim quickly pops up and talks trash. Yim shoulder blocks her down and kicks her in the back for a two count. Yim knees her in the ribs before charging, but Kamea moves. Yim gets out of a waistlock, but Kamea comes back with a rolling wheel kick for a two count. Kamea mounts her and punches away at her. Kamea clubs her down before hitting a snapmare. Yim kicks her, but Kamea slams her down and hits a springboard elbow drop for a two count. Yim avoids a missile dropkick and hits a clothesline followed by a superkick. Yim follows up with a neckbreaker and an STO. Yim catches her with Protect Ya Neck for the win.

NXT Women’s Champion Charlotte Flair comes out to the ring and smiles at Mia Yim. Flair says she wants a match with Mia Yim first. Yim says for the last 5 years she watched Flair grow into the Queen that she is. Yim grew to be the HBIC. Flair says Yim helped make her a star 5 years ago. Yim has always been a good hand. Next week, she gets to make Yim a star, too. Yim crooks her eyebrow at her.

We come back from the break to see Gallagher attacking Fantasma. During the commercial, Gallagher snapped Fantasma off the top rope and attacked the back before ripping at the mask. Gallagher applies an arm bar in the ring, but Fantasma fights out. Fantasma chops him before hitting a trio of clotheslines. Fantasma forearms him, but Gallagher punches him back to the corner. Fantasma avoids an avalanche and hits a superkick to knock him out of the ring. Fantasma hits the ropes hard and wipes out Gallagher with a suicide dive.

El Hijo del Fantasma is asked about how he feels making his NXT debut and winning. Fantasma speaks in Spanish and looks pumped up.

During the commercial break, El Hijo del Fantasma was cutting a promo in the parking lot when that mysterious SUV drove up with the men in luchador masks. They’re the same people that took Joaquin Wilde and Raul Mendoza. Fantasma fought them off, and they drove off.

NEXT WEEK on #WWENXT:

The bell rings, and Roderick Strong jumps Keith Lee. Adam Cole goes after Velveteen Dream, but Dream gets the better of him. Lee also takes Strong out. Dream and Lee clear the ring. The referee immediately ejects Bobby Fish from ringside. Damian Priest sneaks up behind Lee and hits him twice in the throat with the nightstick. Lee gasps for air as Priest smiles. Dream checks on Lee. Referees run down to help.

We come back from the break to see Strong attacking Dream. It’s a 2-on-1 Handicap Match right now. Dream knocks Strong to the corner, but is too hurt to follow up. Dream soon punches and goes for a whip, but Strong reverses the whip into the corner. Dream collapses in pain. Adam Cole tags in and goes for a pump kick, but Dream blocks it. Dream tries to fight them off, but Cole big boots him and Strong hits him with an Olympic Slam for a two count. Cole tags in and attacks Dream before Strong tags back in. Strong hits a backbreaker before hitting an over the shoulder backbreaker for a near fall. Strong punches away at Dream and applies a grounded abdominal stretch.

All of a sudden, Dexter Lumis appears on the apron. Dream fights out of the hold and elbows Strong down. Strong quickly goes for a suplex, but Dream gets out and hits a Dream Valley Driver. Lumis reaches for a tag. Cole tags in, but Dream gets out. Dream tags in Lumis. Lumis takes Cole down before punching away at Strong in the corner. Cole kicks Lumis, but Lumis comes back with a Lou Thesz Press and some punches. Strong tries to cut Lumis off, but Lumis hits a spinebuster. Lumis hits a one-armed side suplex. Dream tags in as Lumis hits a somersault plancha on Strong and Fish, who returned to ringside. Dream hits a diving elbow drop for the win over Adam Cole.