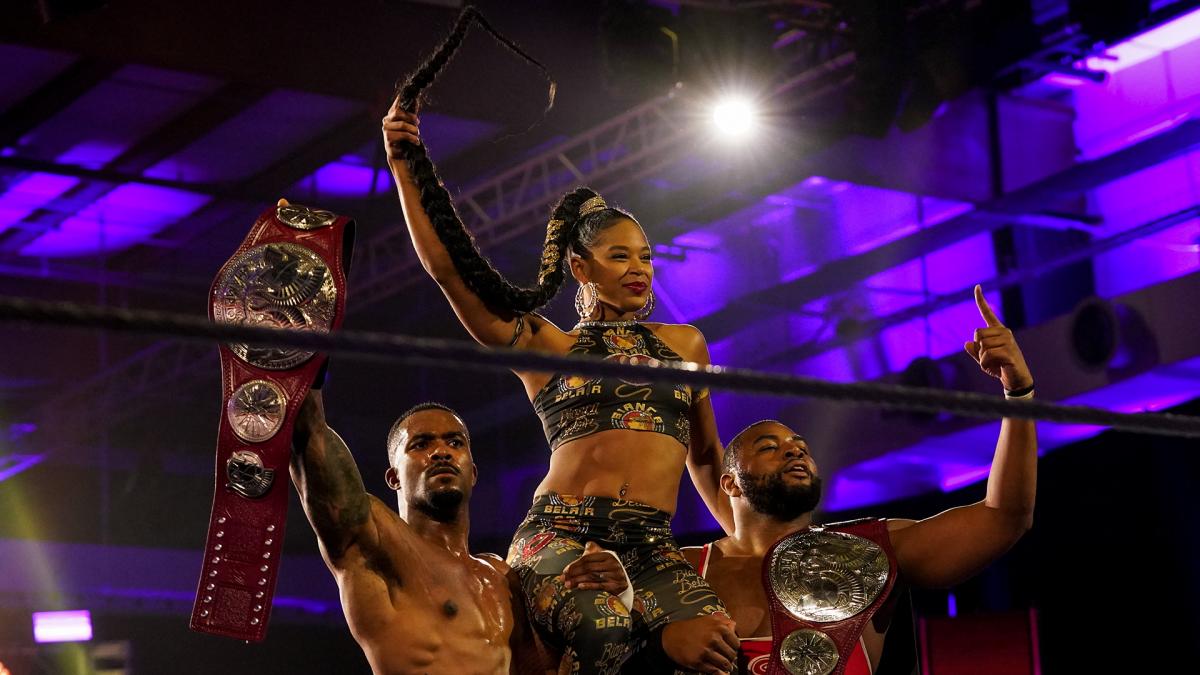 Bianca Belair Called Up to Raw

Bianca Belair’s appearance last night at WrestleMania was meant to be an “official” call up from NXT to Raw, according to Bryan Alvarez.

Belair showed up to take out Zelina Vega after she kicked Montez Ford in the head after the Raw Tag Team title match at WrestleMania.

Belair and Montez Ford were married in 2018.

The plan right now is for Charlotte to work both NXT and SmackDown, according to Dave Meltzer on Wrestling Observer Radio.

WWE already taped an unknown amount of future NXT episodes a couple of weeks ago.

The Becky Lynch & Shayna Baszler is not over and there will be more matches between them in the near future, according to Dave Meltzer.

Baszler’s loss to Lynch last night was clearly a way to protect her, since she controlled a lot of the match and looked strong, but Lynch was able to sneak away with a win.