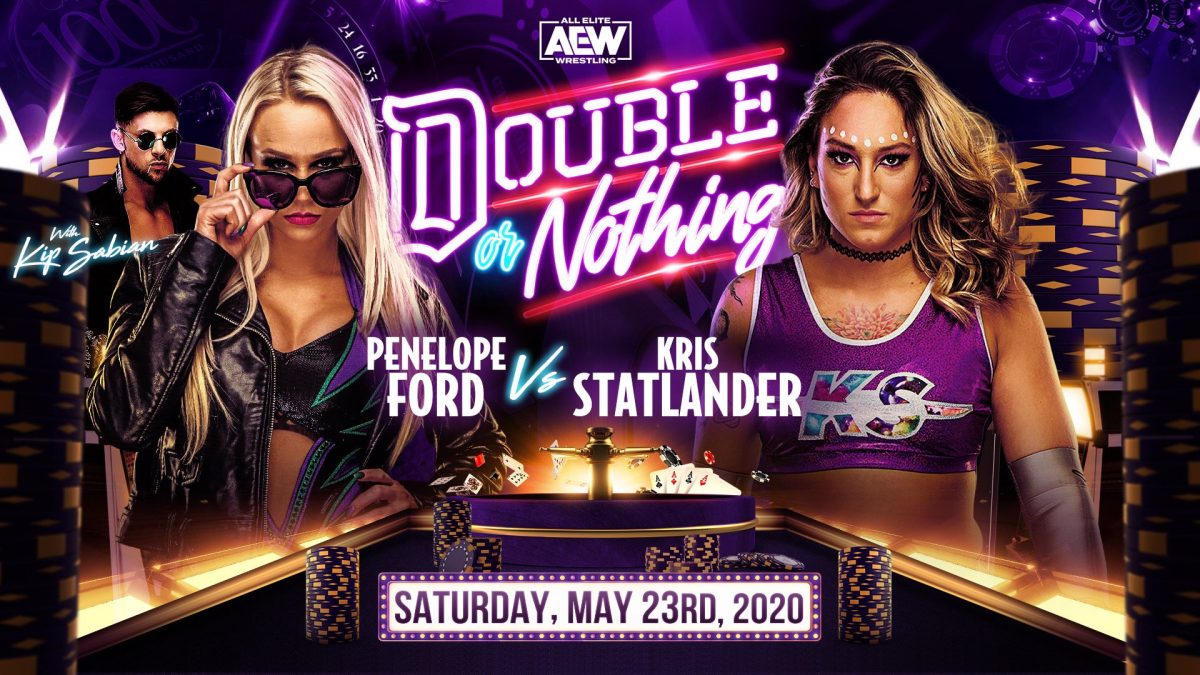 Both Britt Baker and Rey Fenix will not be able to compete at AEW Double or Nothing on Saturday due to injuries that they suffered on Dynamite on Wednesday night.

Britt Baker was scheduled to face Kris Statlander at the PPV, but she will be replaced by Penelope Ford.

AEW said that they will “address her status at Double or Nothing.”

. @RealBrittBaker is out of #AEWDon due to injury. We will address her status at Double or Nothing tomorrow night. @callmekrisstat will now face @thePenelopeFord Live on Pay Per View.

Double or Nothing is available on all major providers, B/R Live and FITE TV – 8/7c pic.twitter.com/xOU4vPSyqy

Baker suffered what looked to be a bad knee injury on Dynamite on Wednesday when Nyla Rose was thrown onto her as she sat in the corner. She wasn’t able to put any weight on her right leg and quickly exited the match to be checked on by a trainer at ringside.

Baker’s leg was checked out on Thursday, but there’s no word yet on the extent of the injury. The belief is that it’s serious and could be a torn ACL, which would keep her out of action for months.

You can see when the injury happened in the video below.

Rey Fenix will not be able to compete in the Casino Ladder Match and has been replaced by Joey Janela.

AEW said that he “isn’t expected to miss significant time.”

.@ReyFenixMx is out of the #CasinoLadderMatch due to injury. Fenix isn’t expected to miss significant time. @JANELABABY is now entered in the Casino Ladder Match. 1 mystery wrestler is still TBA. DOUBLE or NOTHING is available on all major providers @brlive @FiteTV tomorrow 8/7c pic.twitter.com/0RKeirEhtU

Fenix was banged up after landing badly on the outside during a springboard flip spot on Dynamite. He landed short and wasn’t caught by his targets outside the ring, causing him to land hard on his hip, back and arm.

You can see the spot in the video below.