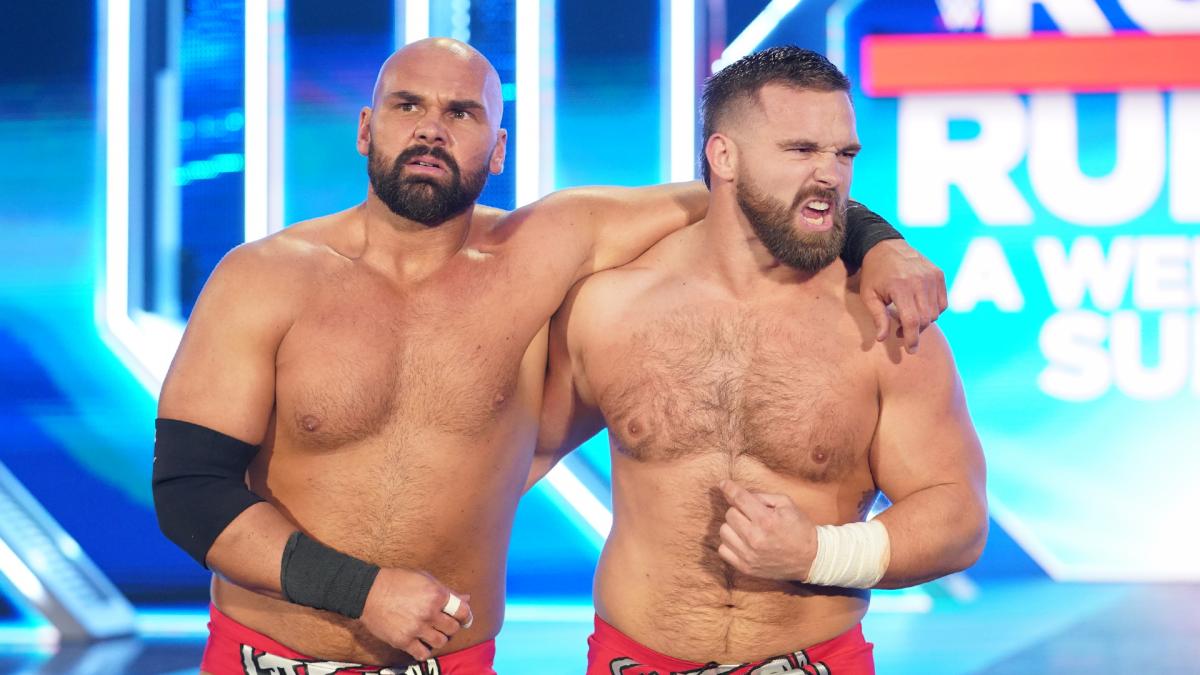 A recent episode of the Talk Is Jericho podcast had former WWE tag team The Revival as the guests. Some of the topics discussed included their decision to leave WWE, their issues with the company’s tag team booking, their reaction to WWE’s comedic plans for the team, getting a text message from Bret Hart, and their current career plans.

On the topic of their decision to leave WWE, Dash Wilder stated:

“We had said, ‘After this loop, let’s wait until we’re on the upswing so it doesn’t look like we’re upset because we’re losing. Let’s wait until we’re on the upswing and then ask. That way, people know it’s not just about us. It’s about the tag team division as a whole,’ and we’re still adamant that long-term, there’s just not enough attention paid to the tag team division because there’s so, so many good tag teams there all the time that I think could contribute so much more. But we had the victory that night against Lucha House Party and we knew the tag titles were in our immediate future and that’s when we asked because we wanted to make a point that, ‘Hey, we know things are going decent for us. They are going well, all things considered, but we’re not happy.’ The tag team titles, they don’t really mean anything, and this is nothing against Braun [Strowman]. I think Braun’s a great guy. I get along with him really well. But, he had steamrolled the entire tag team division and then a ten-year old or whatever won the tag titles at WrestleMania, and then no tag team were featured on SummerSlam until the last minute, they added the Women’s Tag Titles which I’m all for. It’s just that it was so last minute that people didn’t know.”

On the topic of their issues with WWE’s booking of their tag team division, Wilder stated:

“They gave us the lip service and I think they meant it but we never bought in. We told them, ‘Look, if things change, we’ll gladly re-sign. We don’t want to leave. But, if things don’t change, we see no point in us staying because we want to make tag team wrestling mean something and if it’s not gonna happen, there’s no point being here just collecting a paycheck.”

On the topic of their reaction towards WWE’s comedic plans for the team, Wilder stated:

“So we had been trying for a while to get a meeting with Vince. We knew it was gonna be pretty unlikely because of the whole — the FOX transition was extremely hectic and the XFL thing was happening which was extremely hectic and we knew that he was busy … but part of our negotiation was that we wanted to talk to him and air our grievances face-to-face with him, because he knew a little bit about why we were not happy, but we had never got to sit down, face-to-face, man-to-man-to-man and tell him, ‘Hey, this is exactly why we don’t wanna stay’ and it kept getting delayed and delayed and delayed and finally we were told, ‘It might not happen,’ and then we were ringside one day putting the match together and [Mark] Carrano texted us saying, ‘Meeting in Vince’s office. Get here ASAP.’ We just said, ‘Hey guys, we gotta go’ and we went straight to Vince’s office and we sat down and he handed us these big fold outs and the first page is us as we are now and then you open it up and there were multiple different versions of their vision of what they wanted to do for us, and you’ve obviously seen the pictures [that] have leaked online now. They are out there and they are 100 percent legit. They were handed to us by Vince McMahon himself.

We sat down, Vince hands us these, and I put my hand on the Bible. I’ll tell you right now, I laughed out loud in front of everybody. It was me and David [Dax Harwood], Vince, Bruce Prichard and Carrano and I laughed out loud in front of everybody and they were all serious. They had the faces on and they started telling us why it would be a good idea and talked about the Ucey Hot stuff and the back shaving stuff where we got to show that we can do more than just be serious, straight-faced ass kickers. We can show different sides and do some comedy and show different levels of charisma which we never really got a chance to do, even though we asked a lot, and we told them straight up, right there and I think this is when they really realized we weren’t bluffing, we weren’t trying to negotiate a higher number. We looked at them all in the face and said, ‘Here’s the deal, these are not good. These are bad, but, we will do these until our contracts expire. We’ll do whatever you want. We’ll give it 100 percent, we’ll go all in, we’ll have fun with it. It’ll be fun and we’ll do exactly what you have right here. But when our contracts expire, we’re gone. We’re not re-signing. There’s no way we’re gonna be staying here past June, and that was a Friday at SmackDown? And then on a Wednesday we got a phone call saying, ‘Hey, you guys have been pulled off of everything going forward.’ So I don’t know if because we agreed to do it, that it kind of lost some of its ilarity to them, but we said, ‘Yeah, we’ll do it, but we’re not taking’ — and this is just a little side here. The number that had been reported contract-wise, like the $750, [000], whatever years. The number went higher than that. They offered more than that for us to do the clown, Cat in the Hat, Flavor Flav-clock stuff.”

On the topic of getting a text message from Bret Hart after their release, Scott Dawson stated:

“The day we were granted our release, that day I got a text message from Bret Hart, and he told me how proud he was. He asked me to send it to Daniel [Cash Wheeler] which I did. He told me how proud he was of us and how proud he was we stood up for ourselves and stood up for what we believed in because it would’ve been so easy to just sit back and collect the money, and when he sent me that text, I knew beyond any shadow of any kind of doubt that we had done the right thing because the guy who is the king of standing up for himself, I mean he punched Vince in the face. The guy who is the epitome of standing up for what he believes in took five minutes out of his day to text me and tell me how proud he was of us for doing that and that’s when I was like, ‘Oh hell yeah, we’re on the right path now.’”

On the topic of their current plans for their wrestling careers, Wilder stated:

“We’ve gotten some offers from multiple places that obviously are very interesting to us and we’re not gonna jump to any conclusion. We just got out of a really long-term relationship. We’re not looking for a rebound right off the bat. We don’t want to jump from one situation to another without really weighing all the pros and cons and taking our time and seeing what’s out there because wrestling right now is maybe more exciting for wrestlers than it’s ever been as far as options and places and being in control of your own destiny really. So, we’re excited to kind of just sit back and relax and enjoy some time off that we haven’t really had in six years, seven years other than one or two injuries here and there and now we’re healthy, getting healthier and we just sit back, relax. He gets to spend time with his family, I get to spend time with my dog and we get to wait and call the shots which is something we haven’t done in a long time.”