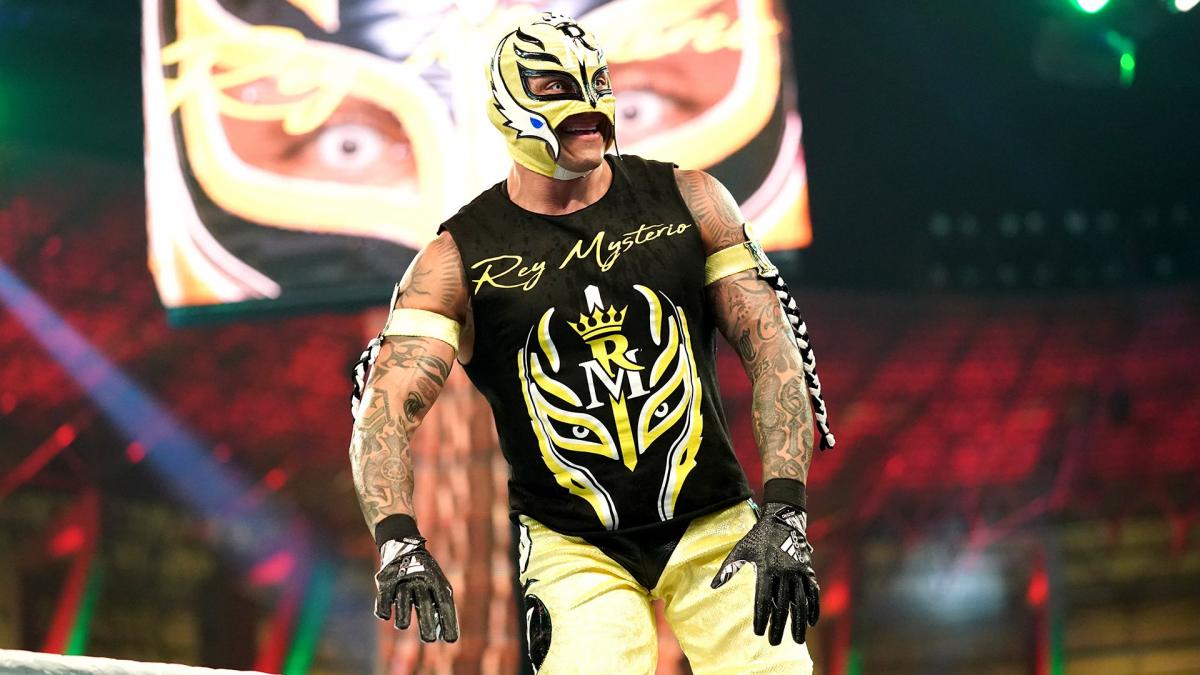 Rey Mysterio’s WWE contract is coming up very soon and it’s possible that he may choose to not re-sign with the company.

Mysterio signed with WWE in September of 2018. It was a two year deal that gave him an option to leave after 18 months. Around 18 months have now passed.

As of last week, Mysterio had not yet signed a new WWE deal or committed to staying with the company, according to the Wrestling Observer Newsletter. But the Observer says that he most likely will choose to stay.

One of his key concerns is the future career of his son Dominick, the Observer says. If Mysterio leaves, it would likely upset WWE and may negatively affect his son’s career.

Mysterio would typically have a lot of options outside of WWE, but the wrestling landscape and company budgets are different now because of the coronavirus. Mysterio was in the main event of All In in 2018, shortly before he signed with WWE. He also had been working in NJPW in 2018.

The angle on Monday’s Raw when Seth Rollins “attacked his eye” was meant to either set up a feud between Mysterio and Rollins if Mysterio stays, or may have been a way to write him off if he leaves.