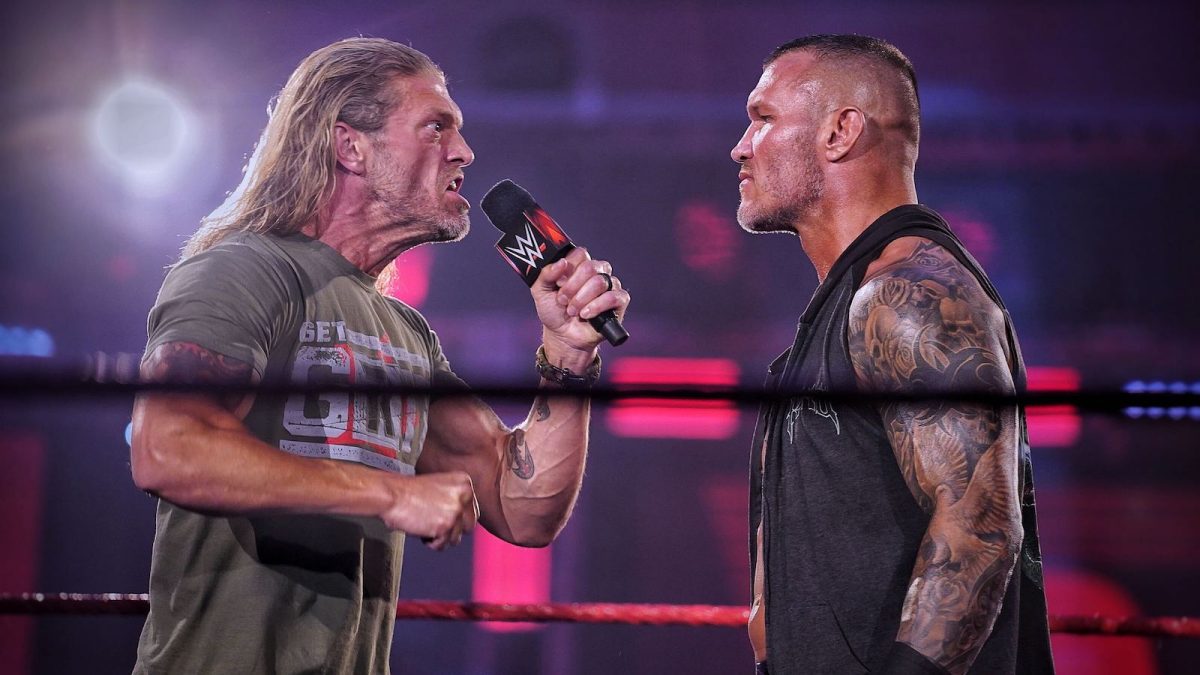 Edge was interviewed by ESPN and was asked about WWE absurdly promoting his match against Randy Orton at Backlash this Sunday as “The Greatest Wrestling Match Ever.”

Here’s what he had to say:

ESPN: “So why use the moniker at all?”

“Vince [McMahon] is a promoter, and he’s promoting, but it’s like hyperbole. I mean, to me [the greatest match is] not possible. So that takes that pressure out of my mind immediately.”

How did he react when he was first told about the billing?

“I just laughed because I didn’t think it was serious. Then I realized fairly quickly it was. Then my reaction was, is this wise, because anytime you say something the greatest ever beforehand, you’re setting yourself up for failure. And I don’t ever want to think that way. I need to think the opposite of that. I can’t control the court of public opinion. I need to do and be proud of the work that I put in. All I can do is take it as if this is all just a bonus and in a weird way, a compliment. Or it’s a giant rib. I don’t know.

“If I were to look at it on paper and go right, first proper wrestling match back in nine and a half years and they want to bill it as the greatest wrestling match ever … I mean, that’s pretty pressure filled. But I can’t look at it that way, I really can’t. I just have to understand that it’s promotion and it’s hype. I always go out with a mindset to try and have the best match that I’ve ever had. So I don’t look at it in terms of a contest — will it measure up to Steamboat vs. Savage or will it measure up to Shawn [Michaels] and [The Undertaker]. All I can do is measure up against myself, and especially at this juncture in my career, I’m just happy to be out there.

“This shouldn’t even be happening. Let alone for the company, and let’s call it straight, Vince, to think that he can bill this the ‘Greatest Match Ever.’ Would I have preferred they not billed it as that? Absolutely. But I also know there are times where heels get dug in the sand and there’s no changing it.”