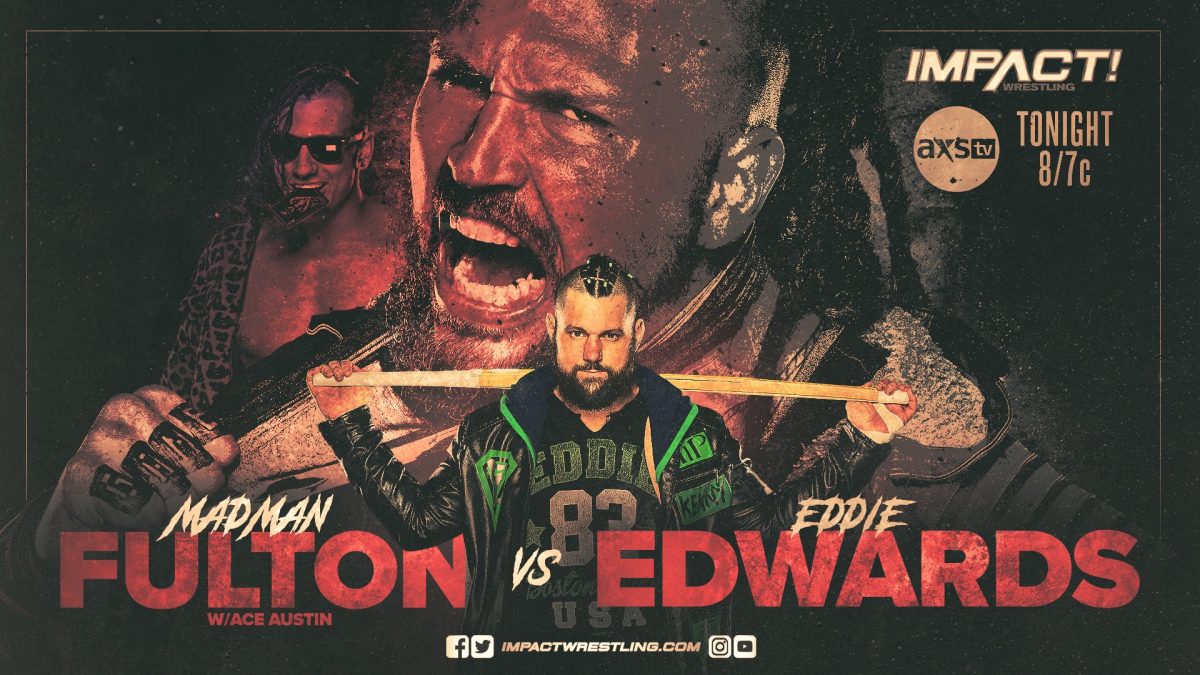 Tasha runs her mouth before the match begins but Nevaeh has heard enough and sends her to the outside. Tasha gains control and then distracts the referee as Kiera chokes Nevaeh on the ropes. Tasha hits a bicycle kick for two. Neveah counters the Okurrr into a German suplex for a near fall of her own. Kiera gets up on the apron, allowing Tasha to roll up Nevaeh with a handful of tights off the distraction to win.

Backstage, Deonna Purrazzo tells Gia Miller that she came to IMPACT Wrestling to become a champion and when Jordynne Grace puts the Knockouts Title on the line is when they will meet in the ring. Alisha interrupts and challenges the Virtuosa to a match later tonight!

.@DeonnaPurrazzo may want none of @MrsAIPAlisha‘s drama but she’s going to get her one-on-one TONIGHT! #IMPACTonAXSTV pic.twitter.com/eSXjiTXUFY

Johnny Swinger tries to recruit Rich Swann to join him and Chris Bey in the six-man tag against X-Division Champion Willie Mack and The Deaners later tonight. Swann states that he’ll be always be on Willie’s side and quickly declines.

In what world did Johnny Swinger think Rich Swann would join him against @Willie_Mack tonight? #IMPACTonAXSTV pic.twitter.com/iq0cKxIEtd

The reigning Tag Team Champions, The North are furious that everyone is fascinated with Ken Shamrock instead of them. Page is disrespecting his history as an MMA legend when Shamrock walks up behind him. The verbal altercation leads to Josh Alexander challenging Shamrock to a match later tonight!

.@steveofcrazzy is blind and even he can recognize that @TheMooseNation is a fake World Champion. #IMPACTonAXSTV pic.twitter.com/iBQZx9Vc7w

Deonna makes her in-ring debut as she targets the arm of Alisha in the early going. Deonna sends Alisha in the corner but she fights back with a series of strikes. Deonna comes right back with a running knee, followed by a side leg sweep. Deonna locks in the arm-bar, forcing Alisha to tap.

After the match, Knockouts Champion Jordynne Grace charges the ring but Deonna escapes.

Johnny Swinger’s attempts to find a tag team partner for tonight continue to fail. After Suicide rejected him, TNA veteran Hernandez actually agrees to be his partner if he can beat him in an arm-wrestling contest. Hernandez dominates the contest and the deal is off. He asks former Knockouts Champion Taya Valkyrie but she’s busy with her ongoing search for John E Bravo.

Swinger is having a hard time finding a tag team partner. #IMPACTonAXSTV pic.twitter.com/XicmsW5nDN

Ken Shamrock is on his way to the ring for his match with Josh Alexander when The North jump him from behind. Shamrock begins to fight them off but quickly falls victim to the numbers game. Ethan Page holds Shamrock as Alexander pummels him with strikes until security breaks it up.

John E Bravo rushes down the ramp to accompany Taya Valkyrie to ringside – one can assume that he was preoccupied with his new friend, Rosemary. Susie hits a running bulldog in the early going. Susie charges into the corner but Taya sends her head-first into the turnbuckles, followed by a German suplex. Susie says “that’s bad!” as she hits a Hurricanrana for two. Taya regains control by planting Susie’s face into the mat. Taya puts Susie away with the Road to Valhalla.

After the match, Taya Valkyrie adds insult to injury as she disrespects Susie. Kylie Rae makes the save, taking out the former Knockouts Champion with a superkick.

Johnny Swinger tells Chris Bey that their mystery partner for tonight has been secured – Rohit Raju! Bey is disappointed with the pick but the match is next.

Johnny Swinger has finally found a partner but @DashingChrisBey is not impressed. #IMPACTonAXSTV @HakimZane pic.twitter.com/EzQL4qWuG6

Willie hits Rohit with his signature standing Moonsault in the opening minutes of the match. Things begin to break down as Willie Mack and the Deaners send their opponents soaring over the top rope. Swinger, Bey and Rohit wear down Cody on their side of the ring, gaining total control of the match. Cody breaks free and tags in Jake, who’s fired up. Jake spears Rohit into the corner, followed by a massive powerbomb on Bey. Swinger hits Jake with the Swinging Neckbreaker but gets immediately taken out with a DDT from Cody. Bey throws his own partner, Rohit into a Willie’s Stunner. Bey capitalizes with the second-rope Famouser on Mack to win.

TJP and Fallah Bahh confront Reno Scum after they were giving D’Lo Brown a hard time. This leads to a tag team match being made for next week!

Eddie attempts a belly-to-belly suplex but Fulton fights it off and connects with a suplex of his own. Fulton overpowers Eddie, sending him over the top rope to the floor. Fulton catapults Eddie throat-first into the bottom rope. Eddie builds momentum with a huge dive through the ropes, sending Fulton crashing into the steel guardrail. Eddie gets the big man up for a thunderous Powerbomb. Eddie picks Fulton off the top with a Hurricanrana when Ace gets up on the apron. Eddie knocks him to the floor, followed by a jumping kick to Fulton. Edwards hits the Tiger Driver for a very close near fall. Fulton scores the pin and the win with a vicious swinging slam.

After being called a corporate stooge by The North earlier tonight, D’Lo Brown is seen having a video chat. He tells whoever he’s speaking to that he’d like to get the band back together. As D’Lo gets up from his seat, an Aces & Eights vest is seen on the back of his chair. IMPACT! goes off the air.

Why did @dlobrown75 have an Aces and 8s vest on the back of his chair? #IMPACTonAXSTV pic.twitter.com/RYhZPJYJVU