Impact to Make an Announcement About Their World Championship on Tuesday 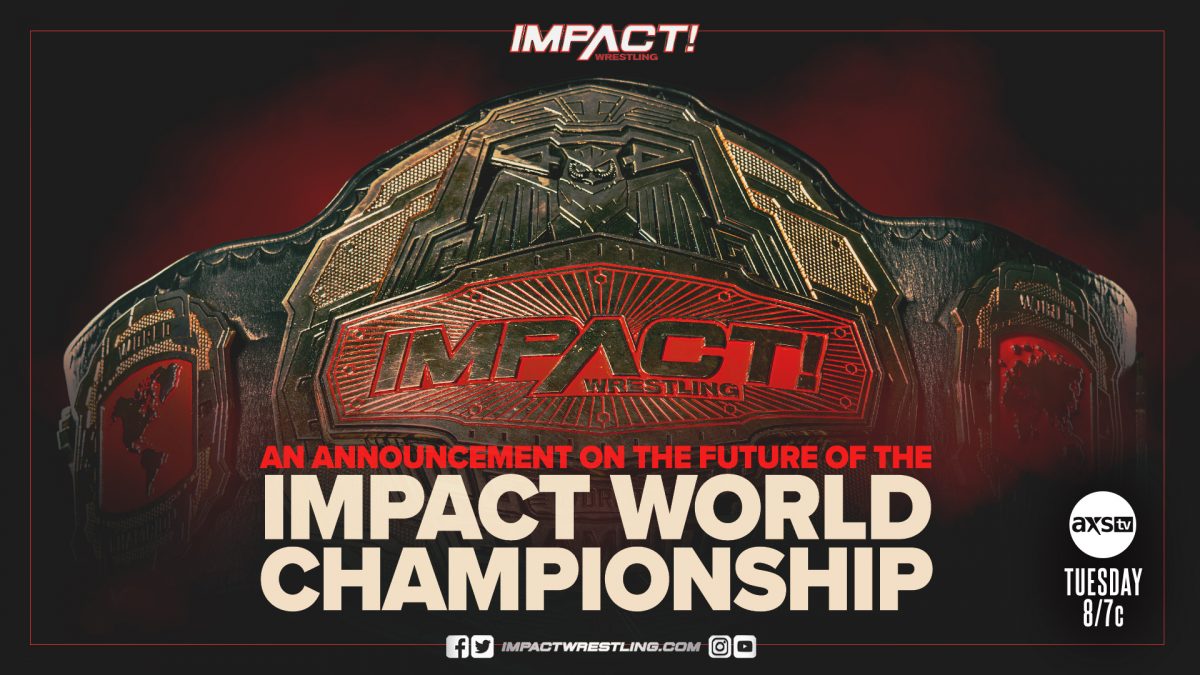 Impact said today they’ll be making an “announcement regarding the future of IMPACT World Championship” on their show this Tuesday.

An announcement regarding the future of IMPACT World Championship is coming TUESDAY at 8/7c on @AXSTV! #IMPACTonAXSTV pic.twitter.com/hPEmJRAOcU

The current champion, Tessa Blanchard, hasn’t wrestled since early March because of the pandemic. She missed Impact’s set of TV tapings in April because she was in Mexico and also missed Impact’s latest set of tapings last week, meaning that she won’t appear in-ring on the show for the next several weeks.

On last week’s Impact, Ace Austin won a tournament to become the #1 contender for the title.

Meanwhile, Moose brought back the TNA World Heavyweight title in April and has been calling himself the champion.