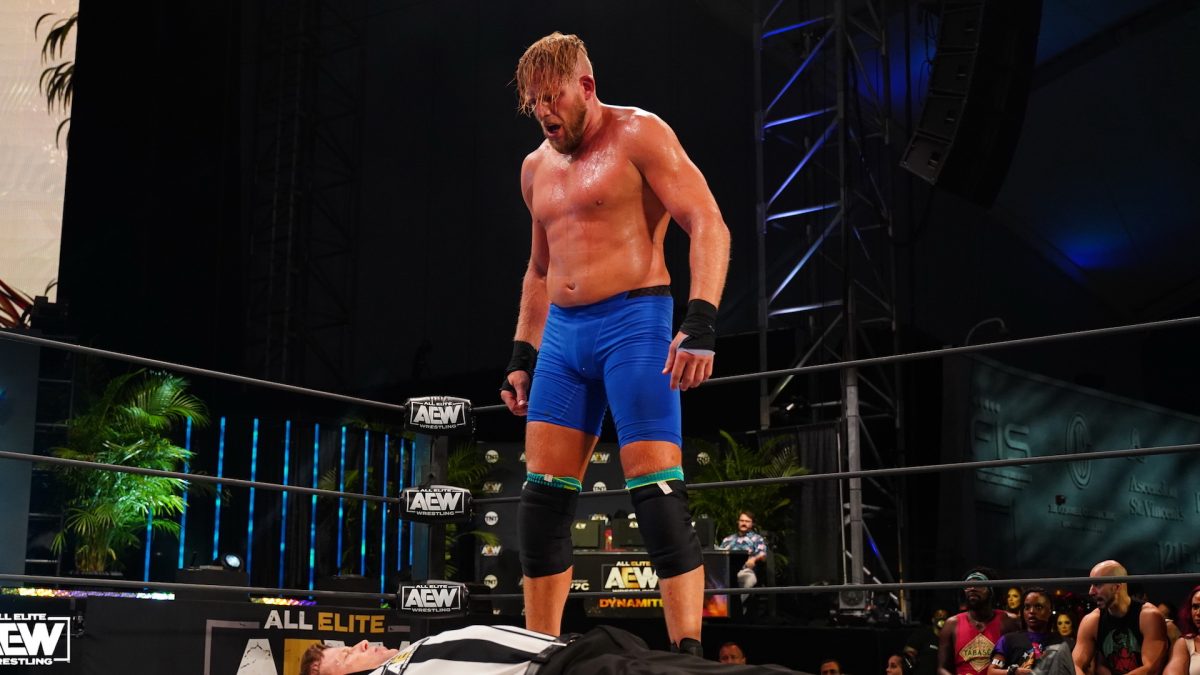 AEW announced a storyline “suspension” of 10 days for Jake Hager for attacking a referee after his match on Wednesday.

AEW has suspended @RealJakeHager for 10 days and fined him an undisclosed amount for striking an official following his TNT Championship match with @CodyRhodes at Fyter Fest on #AEWDynamite pic.twitter.com/ITF7JJDIAM

AEW has postponed two upcoming Dynamite shows in Boston and Philadelphia until 2021. The shows, which were originally scheduled for April, had already been postponed until July and August because of the coronavirus and have now been postponed again.

The AEW DYNAMITE show at the Liacouras Center in Philadelphia, PA, on July 29 (originally slated for April 22) has been rescheduled for Wednesday, April 7, 2021. pic.twitter.com/LPymsymjyf

The AEW DYNAMITE show at Agganis Arena in Boston, MA, on August 5 (originally slated for April 15) has been rescheduled for Wednesday, April 21, 2021. pic.twitter.com/n4rd7GYm3y