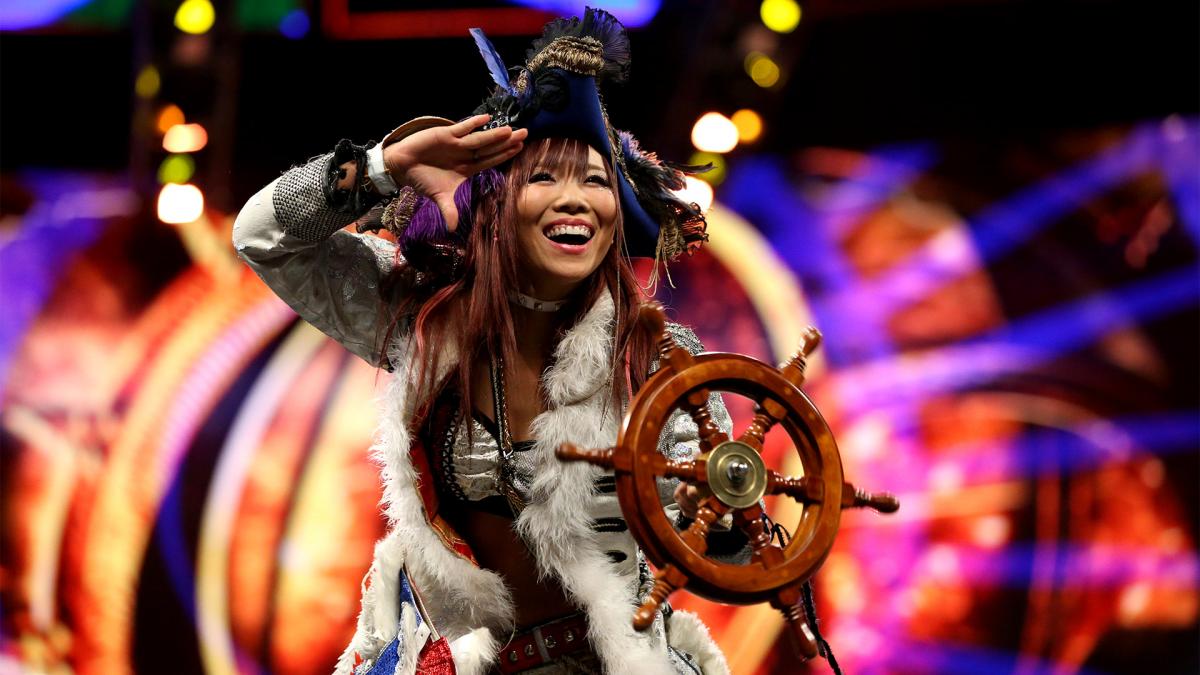 Kairi Sane made her likely final appearance for WWE for the foreseeable future tonight on Raw and went on Twitter to say goodbye.

My time in the NXT & WWE locker rooms was incredible. Everyone was kind, funny, & talented, so every day was full of happiness. Also, I was saved by the supportive staff behind the scenes. I will forever love & respect all these professionals I had the pleasure of working with.🍀

I was able to accomplish so much in the last three years, but it wasn’t because of my ability or my strength. It was because of all of the constant, warm support from the fans. I am so thankful I could meet you all.
Thank you from the bottom of my heart,
Kairi Sane☺️⚓️ pic.twitter.com/BaH2UBi9wn

Sane was written off of TV tonight via being attacked backstage by Bayley. During a Raw Women’s title match between Asuka and Sasha Banks, the big screen showed Bayley attacking Sane backstage, slamming her head repeatedly into a garage door. Asuka then left the ring and ran backstage, leading to her being counted out and losing the title as per the match stipulations. Later backstage, Asuka was checking on Sane in a trainer’s room and walked out screaming.

Sane is returning to live in Japan full-time with her husband, who she married in February. WWE has been trying to keep her on as a “brand ambassador” or trainer in Japan, so it’s possible that she remains part of WWE in some way, but it looks like her WWE in-ring days are done for now.