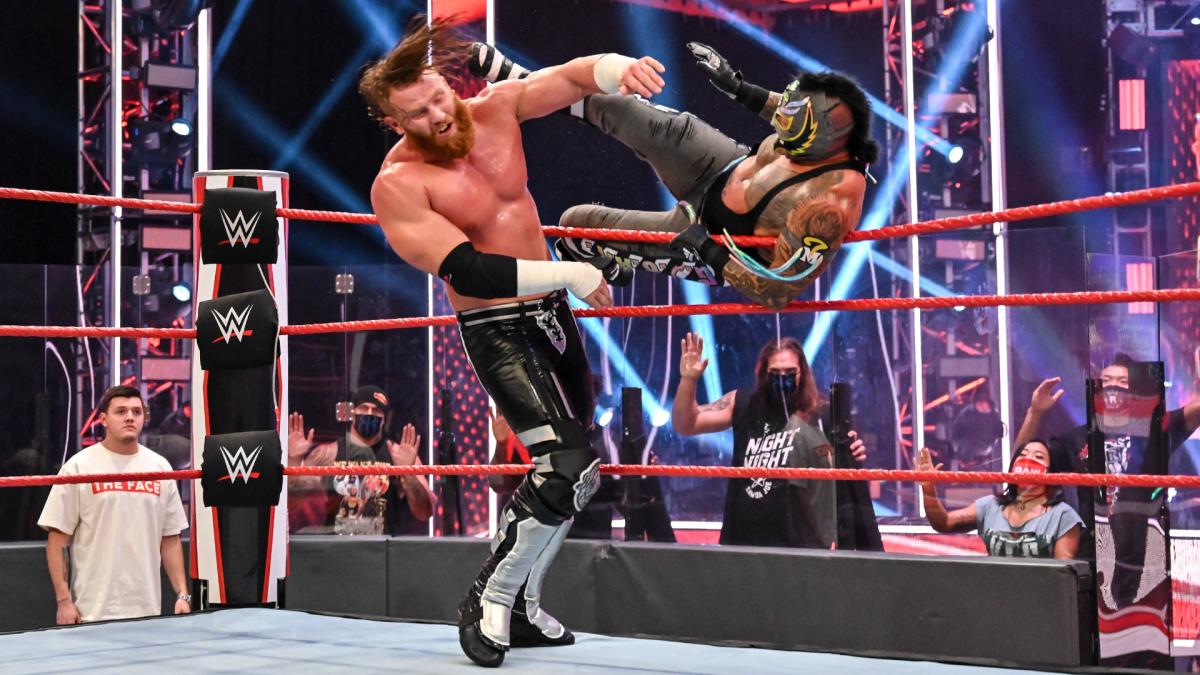 As noted before, WWE enacted a new mask policy at the Performance Center following a recent COVID-19 outbreak within the company. This new policy mandated that all talent and staff must wear face masks at all times in the building with the exception for those who are performing on camera.

Fightful’s Sean Ross Sapp reported (via Fightful Select) that this new policy was influenced by a notable RAW brand talent who returned last week for television tapings. This talent reportedly had a talk with Vince McMahon upon his return and was vocal about his concerns over health and safety measures not being properly enforced at the Performance Center. Sapp reported that following this talk, McMahon added the new company rule that face masks are now mandatory and fines would be issued for those who fail to comply.

In regards to why this new face mask policy was not issued earlier, Sapp reported that one of his sources stated that McMahon usually is in his office at the Performance Center during the majority of taping days and typically does not see if proper precautionary measures are being followed during tapings.