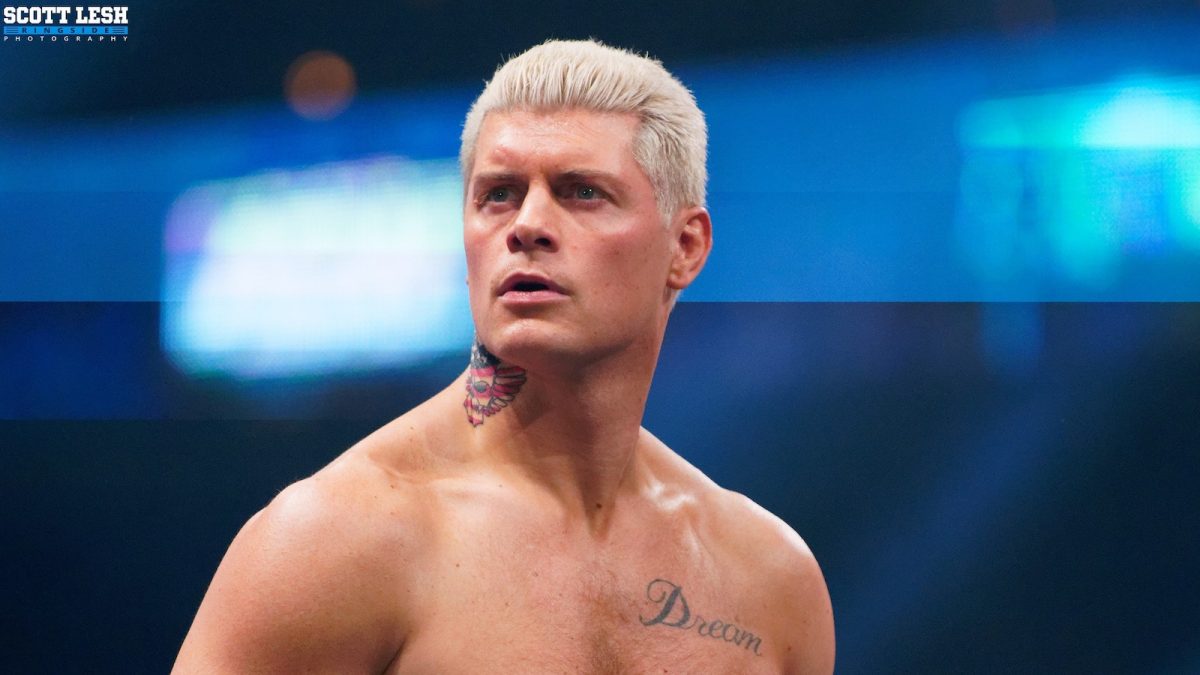 TalkSPORT held a recent interview with Cody Rhodes and one of the topics discussed included AEW’s early negotiations with CM Punk and rumors of Punk asking for an “astronomical amount” of money for a potential deal.

“As far as the CM Punk negotiations go, everyone heard the famous ‘he got a text from us’. Yeah, of course there were negotiations and he did ask for a great amount of money and Punk is worth a great deal of money.

But you also have to – and this isn’t speaking to Punk specifically, this is speaking to recruitment and what we’ve learned in wrestling in general – a lot of people think ‘these wrestlers are running this wrestling company’.

These wrestlers are doing everything they can to run the creative, the brand and the marketing and things, but there are some very smart and fiscally conservative people who surround us and flank us because this isn’t my money. At all.

And I don’t want a situation that happened with WCW or Jim Crockett promotions where we think we’re flying so high that we can do anything. No – this is a business. And we have to turn a profit.

The fact we were able to turn a profit as a company within only two years of being alive, very few other companies within wrestling – it’s real limited, you can count on one hand who’s been able to do that versus who has bled money – but in that situation the negotiations, I don’t think they ever got too serious.

Doesn’t mean they won’t one day, but they never got entirely too serious. I think there is a good relationship there. I think I have a good relationship with Phil, I believe Tony does too and I’m not sure really when it comes to him, it’s not so much about the money. It’s about are you interested in doing this?

Because the price tag becomes a lot more justifiable if you’re genuinely interested in what we’re doing at the high speed we’re doing it. And again, that’s not even specific to him, just in general, if the passion is not there, the money is not there.”

NJPW also announced that a limited attendance will be allowed for this upcoming event.

Tonight’s episode of AEW Dynamite reportedly will be airing on TSN2 in Canada, according to Post Wrestling.

The owner of Absolute Intense Wrestling, John Thorne, recently stated on Twitter that based on recent talks he had with state officials, it does not appear that Ohio will be lifting their ban for wrestling events in the state for the rest of 2020.

New Japan Pro Wrestling announced that an autobiographical book from Tetsuya Naito is currently scheduled to be released on August 19th. This book will cover the start of Los Ingoberanles de Japan, Naito’s New Japan Cup win in 2016, and Naito’s road to becoming NJPW’s first ever IWGP Heavyweight and IWGP Intercontinental Double Champion.