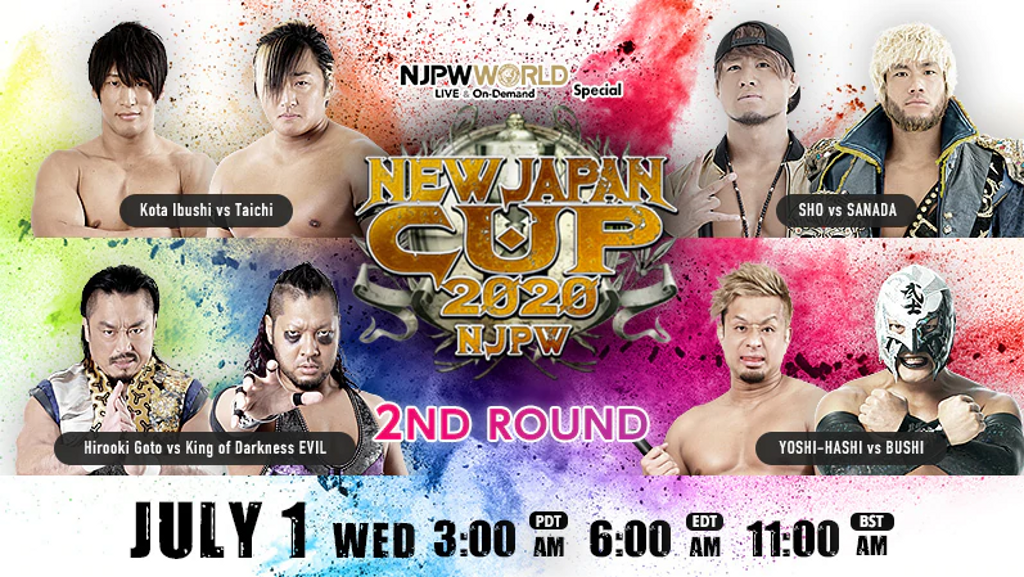 A recent episode of the Busted Open Radio show had Cody as the guest. One of the topics discussed included his thoughts on NXT’s upcoming Great American Bash special and concerns WWE will treat it just like Starrcade in terms of being a throw-away event.

“So there are two events. People, I think sometimes mistakenly think Dusty just named Starrcade and Great American Bash, and it’s well beyond naming them. It’s a matter of booking them, of marketing them, of the creation of what the event stands for, especially at the advents of pay-per-views. My dad always told me that Starrcade was for my sister and that Great American Bash was for me and obviously at the time he came up with these events, I’m not sure if that was actually the case but that’s what he told me and that’s why it’s very special, both events to me and my sister. I’m not going to get angry, because it still brings up his name in a positive way. The marketing of the event reminds me a lot of what Disney currently does. If you go to Disney World, they still sell Haunted Mansion shirts and they are all done retro-style. That’s something that’s been marketed really well. They market nostalgia. If you run a sizzle with Sting and Dusty Rhodes and Hulk Hogan, none of those guys are gonna be there. So it’s a unique marketing thing. I’m not really upset about it. I know my sister was kind of — really thought it was so strange it was announced willy nilly, last minute. In the strangest of ways, I would hope that they do something special with it. I think our show is better. I think it will be better in execution but I hope they do something special with it because I hated what Michael Hayes did with Starrcade. He took a creation of my dad’s and he made it a live event because they weren’t selling any tickets in North Carolina and he wanted to save his job, and that was disappointing to me in terms of that was the premier event in World Championship Wrestling and the NWA and you did what you did with it and the same I hope is not what happens with Great American Bash. I’m not upset at anything that brings my dad’s name in a positive light. Is it a weird feeling? For sure, but I’ve also been in a tag match with my brother competing ratings-wise against the Dusty Rhodes Tag Team Classic. One guy who I’ll never mind competing with is my own dad. I’ll never mind that and The Great American Bash… it is what it is and I hope that they do something positive with it. That’s really the only outlet I have on it unless I had like three or four Bourbons and then I would have an absolutely different outlook on it. But I like that they bring his name up in a charming and loving way. I just hope it’s not another Starrcade situation.”

Here is the partial card for Night 7 of NJPW’s New Japan Cup 2020 tournament, which takes place on July 2nd at an undisclosed location in Japan:

Impact Wrestling announced that they have recently signed a new television contract with Pluto TV LATAM, which covers the Latin America region.

The city of Jacksonville, home of AEW, reportedly recently issued a new city-wide face mask mandate, according to News4Jax.com. This new mandate went into effect this past Monday and specifically targets indoor events and venues. AEW is currently expected to be exempted from the new mandate due to Daily’s Place being an outdoor venue.

New Japan Pro Wrestling announced that Karl Fredericks has recently graduated from their LA Dojo and Young Lions developmental system. Fredericks will be competing in his first match as a non-Young Lion during this Friday’s debut episode of NJPW’s Lion’s Break Collision television series.

WarnerMedia reportedly is currently planning to sell off the CNN Center in Atlanta, Georgia, according to TheWrap.com. Besides being the headquarters of CNN, the building was also the headquarters of World Championship Wrestling during the promotion’s ownership by Turner Broadcasting.