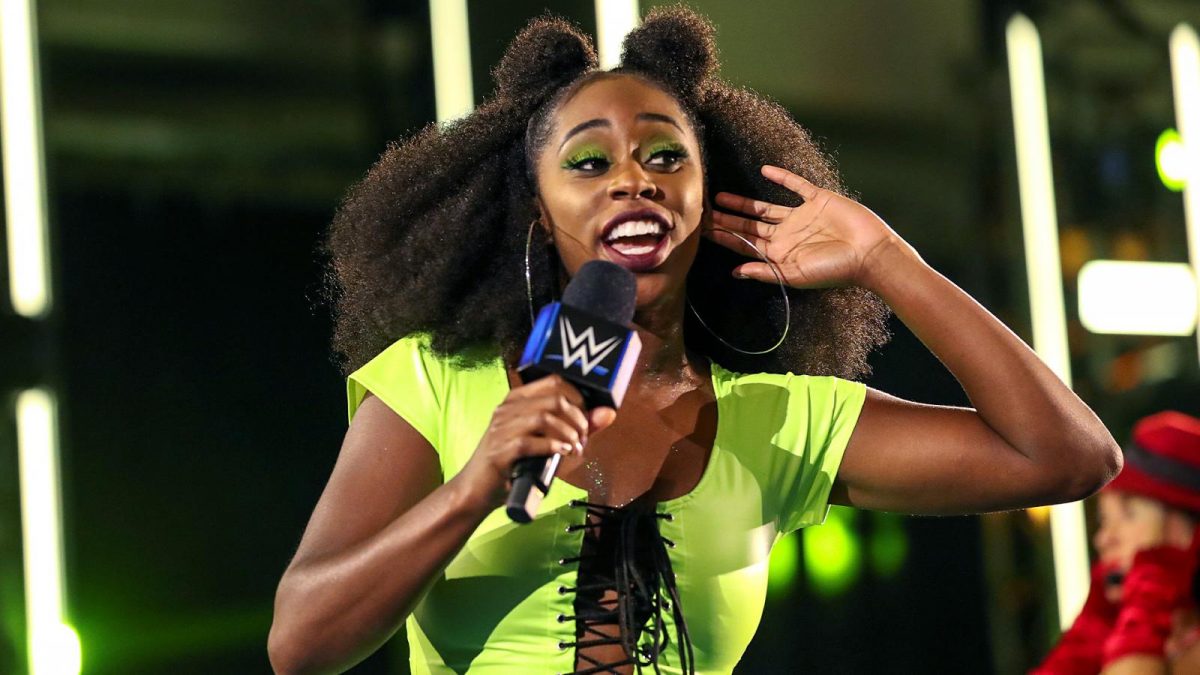 The Horror Show at WWE Extreme Rules Kickoff Show begins at 6 p.m. ET/3 p.m. PT on WWE Network and WWE social platforms and will provide expert analysis ahead of the Wyatt Swamp Fight, Eye-For-An-Eye Match, championship clashes and more. Later, WWE Watch Along will be highlighted by appearances from the likes of Keith Lee, Lita, Mandy Rose, Sonya Deville, Robert Roode, Shelton Benjamin, Humberto Carrillo, Mick & Noelle Foley, JBL, Bubba Ray Dudley and others, who will analyze and react to all the gruesome action on WWE YouTube, Facebook, Twitter, and Twitch.

Catch it all and don’t miss an epic night of The Horror Show at WWE Extreme Rules on the award-winning WWE Network at 7 p.m. ET/4 p.m. PT.

During this past Friday’s episode of WWE Friday Night SmackDown, Naomi faced off against Lacey Evans and lost in an embarrassing fashion. Following the match, WWE fans voiced their displeasure of the company’s handling of Naomi in recent weeks using the #NaomiDeservesBetter hashtag on Twitter.

Naomi recently reflected on Twitter about the outpouring support she has received from fans upset over the current status and direction of her career in WWE.

Wow! I know y’all got me you always have! I appreciate you all so so much! Thanks for the continuous support and believing in me 😘 #bestfans #glowmob #naomob #wweuninverse pic.twitter.com/nhMjD89XsM

A trademark for “Intercontinental Championship” was filed on July 10th for merchandise-related purposes.