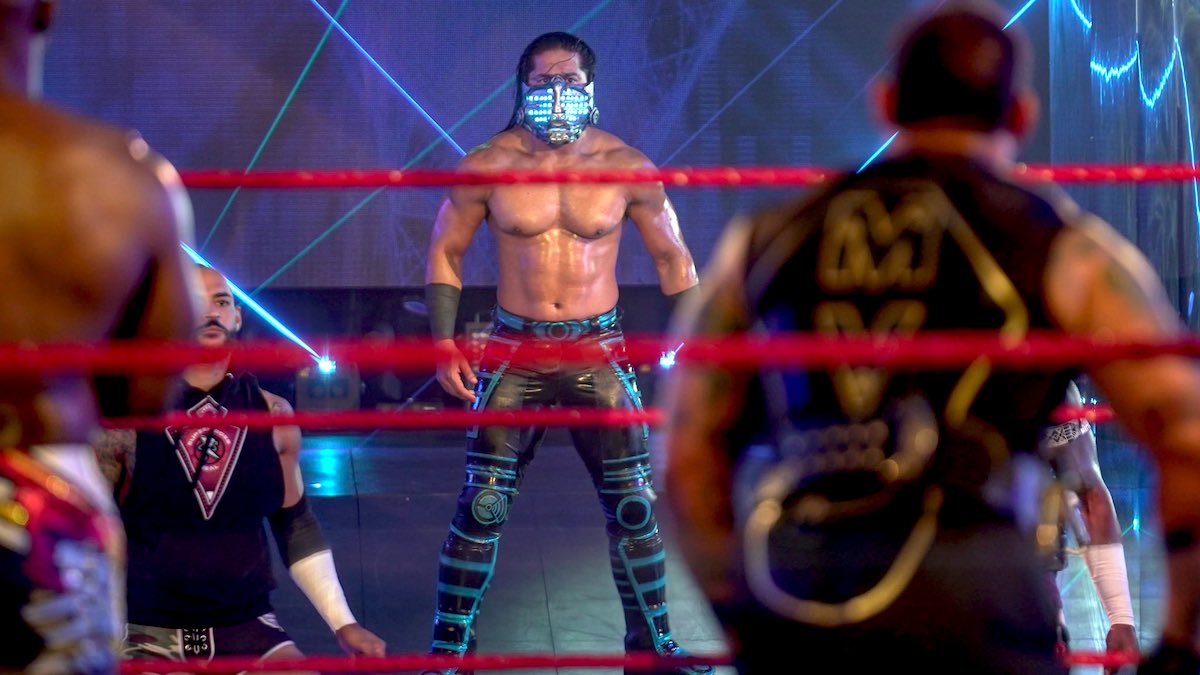 Mustafa Ali Comments on His Return to WWE Television

During this past Monday’s episode of WWE RAW, Cedric Alexander and Ricochet revealed Mustafa Ali as their surprise tag team partner for their six-man tag team match against MVP, Bobby Lashley, and Shelton Benjamin.

Following RAW, Ali appeared as a guest on RAW Talk and one of the topics discussed included his thought his return to WWE television following a lengthy absence.

“Seven months off. I haven’t been here since December 2019, and as a performer, there’s nothing more frustrating than not having control of your own destiny. You sit there, look in the mirror, and wonder what it is about you. What are you doing wrong? Sometimes, in life, things are outside of your control. What you can control is how you respond to that. I keep telling myself, ‘I don’t know when my opportunity is going to come, but I do know is, I’m going to stay ready,’ and I was ready.”

Besides this year’s SummerSlam, WWE reportedly is also currently planning on holding a new WWE Network special for the month of August, according to Fightful.

Fightful Select reported that this special is currently scheduled to take place on Sunday, August 30th, which would be one week after SummerSlam.

Other details regarding this planned WWE Network special are currently not known.

This past Friday’s episode of WWE Friday Night SmackDown drew a final viewership of 1,912,000 on FOX, according to Showbuzz Daily. This was the up compared to the initial overnight number of 1,893,000 viewers on the network.

Despite the final viewership increase, this past Friday’s episode was the fourth lowest viewed episode since SmackDown’s debut on FOX this past October.