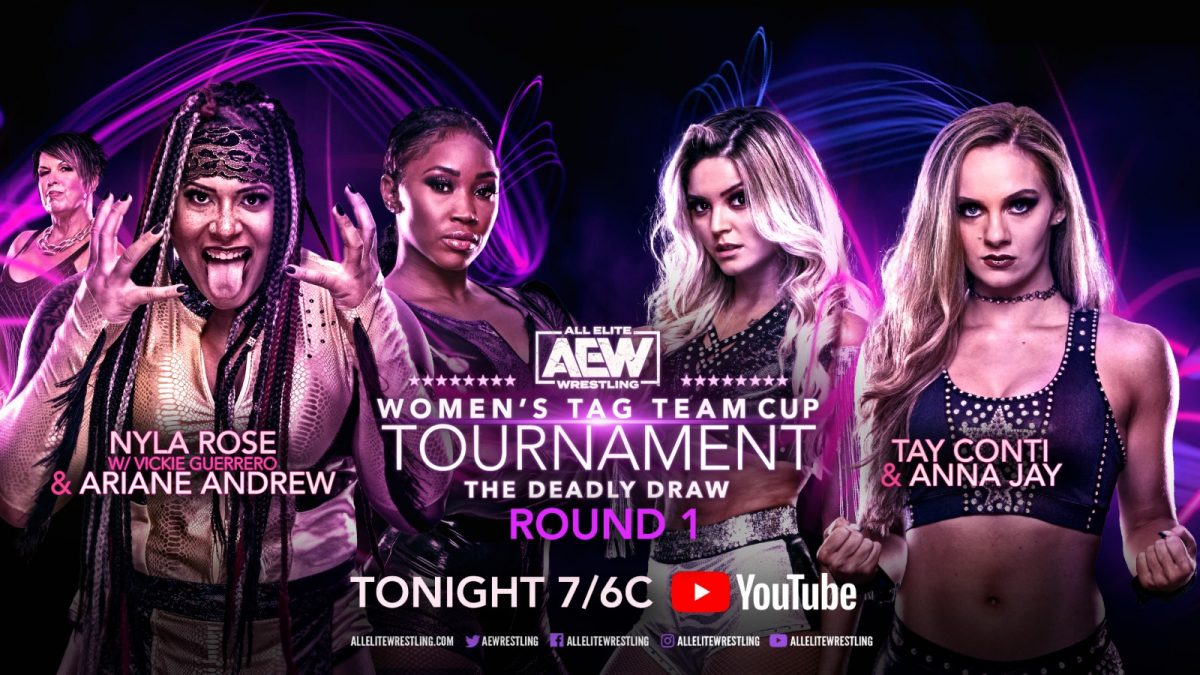 The ring announcer was Shaul Guerrero, daughter of Eddie and Vickie Guerrero. She introduced Madusa, who came out onto the stage next to the trophy to briefly introduce the tournament. 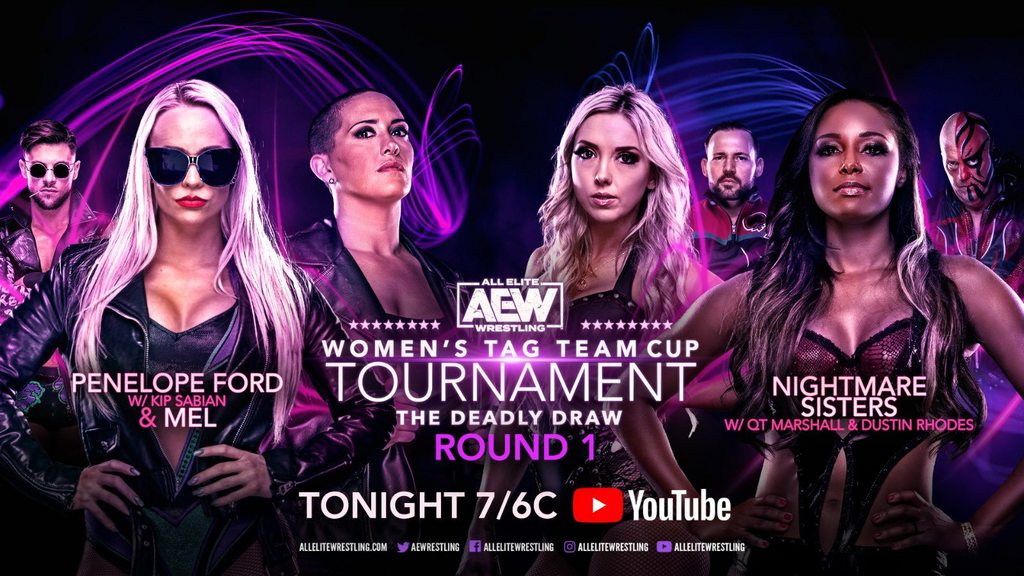 Brandi Rhodes and Allie were backstage to draw their colors and they both got red, so the Nightmare Sisters will be a team in the tournament.

Dustin Rhodes and a returning QT Marshall accompanied the Nightmare Sisters to the ring.

At the end of the match, Kip Sabian attacked QT Marshall on the outside, which distracted the ref. Allie raked Mel’s eyes and Brandi nailed her with a spear for the win. 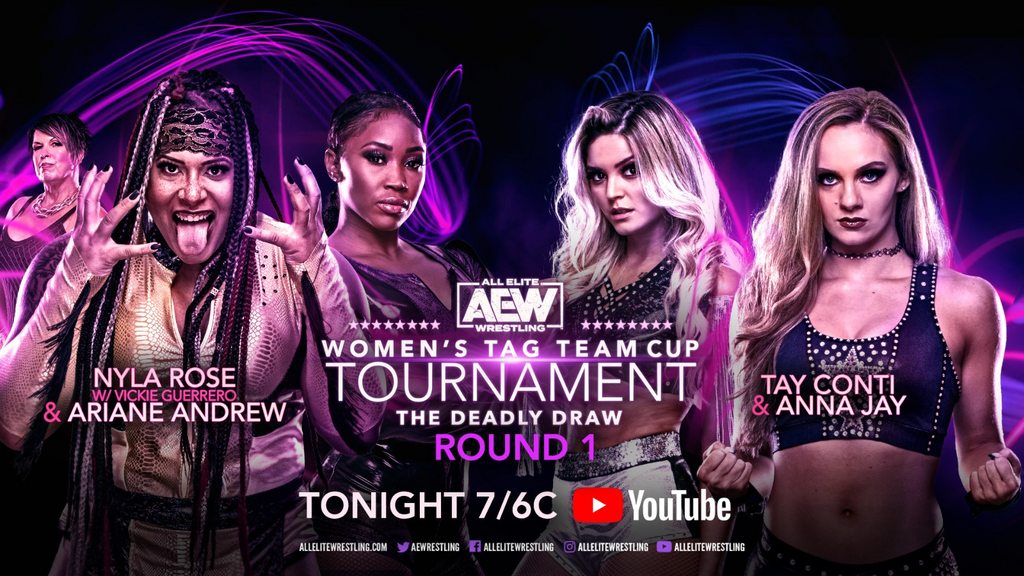 Rose was a powerhouse in this match, but Jay and Conti eventually chop blocked her leg and worked on it for several minutes. In the end, Rose was limping and double clotheslined Jay and Conti, but her leg was too hurt and she rolled out of the ring, leaving Andrew alone. Andrew hit a split leg drop on Conti, but Jay hit her with a rolling neckbreaker for the win.

After the match, Rose clotheslined her partner Ariane. Conti helped her up and gave her a hug. 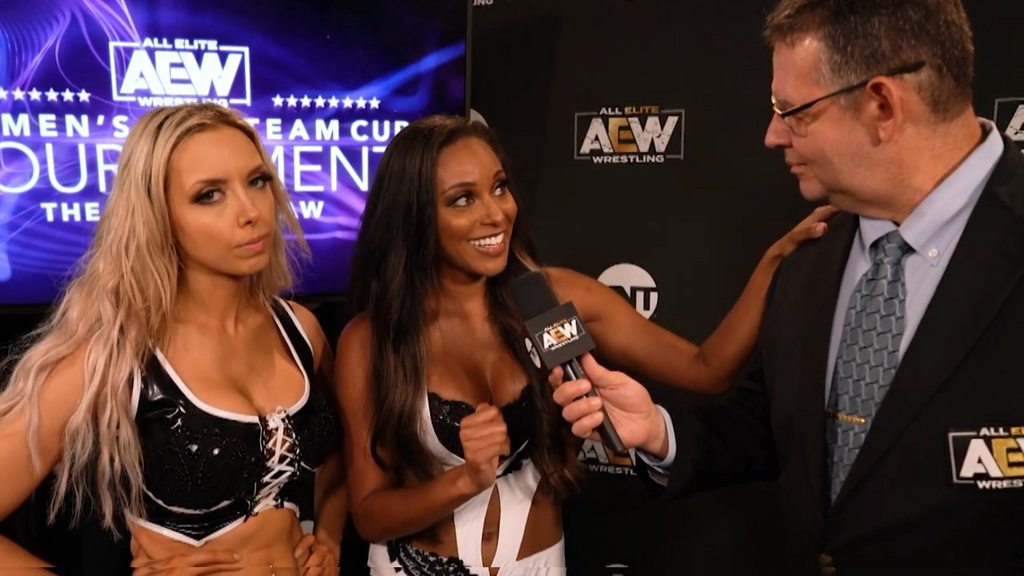 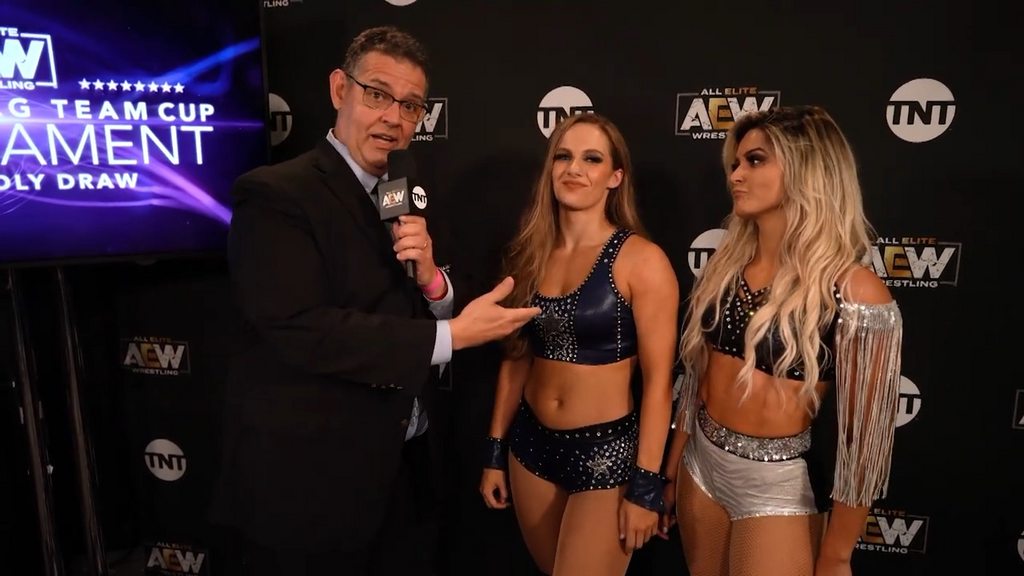 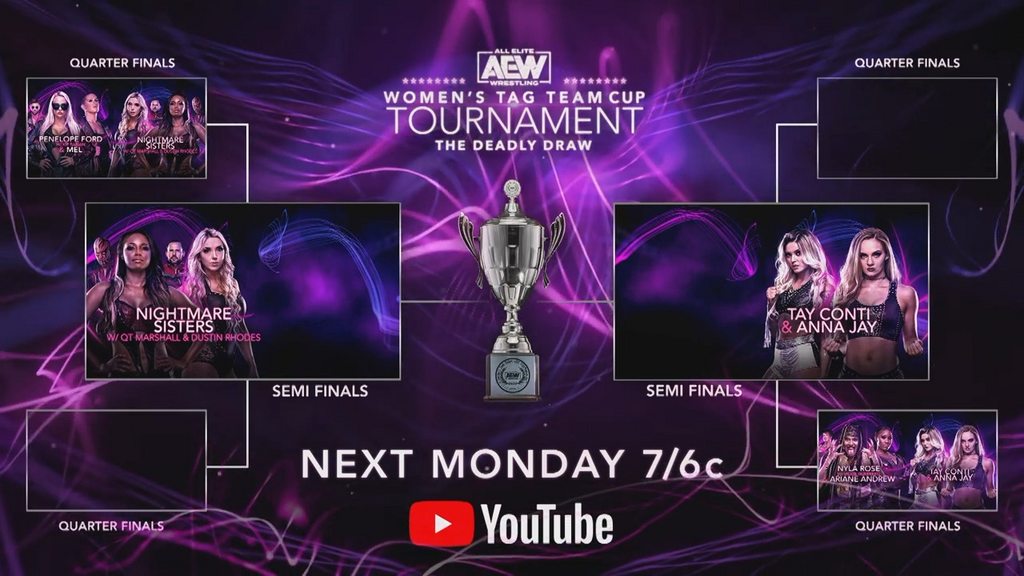