Matt Hardy Needed Stitches, Posts Photos of His Head After Being Busted Open 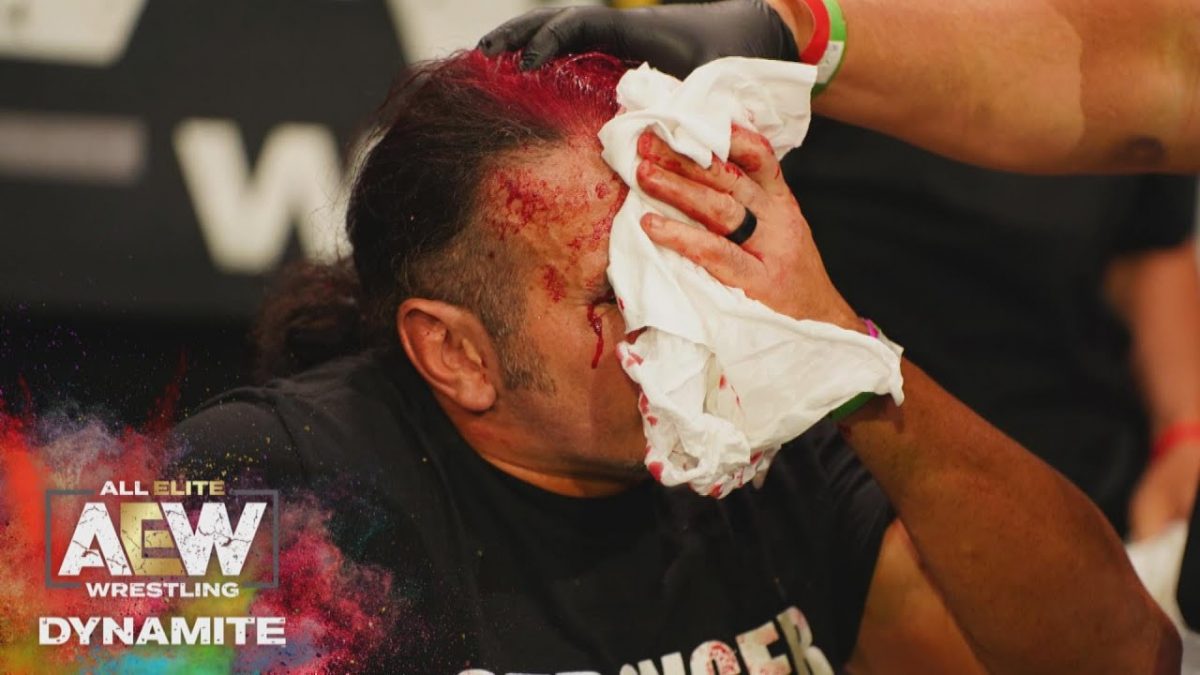 Matt Hardy was bleeding profusely from a big gash on his forehead after Sammy Guevara forcefully threw a chair at him during AEW Dynamite last night.

The blood was not planned and he was busted open the hard way. Hardy needed 13 stitches for the wound after the show, according to PWInsider.

He posted these photos of the pretty brutal looking gash:

A huge thank you to @DocSampson13 & the @AEWrestling medical team for quickly repairing the painful, gaping hole on my face. #AEWDynamite pic.twitter.com/QCDbW6gKi6

According to Bryan Alvarez on Wrestling Observer Radio, a lot of people were upset and yelling at Sammy Guevara backstage because of how hard he threw the chair at Hardy. The top of the chair nailed Hardy right in the forehead and could have easily been very bad if it hit his eye.

You can see the chair spot below at around the 3:54 mark.