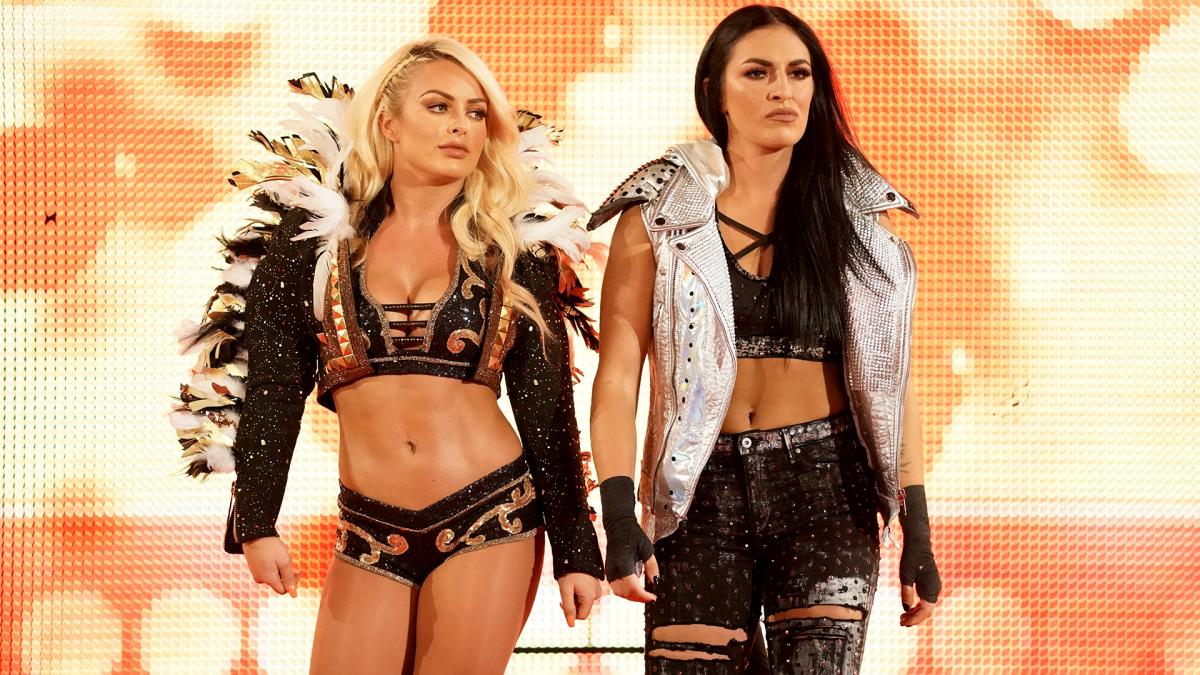 More frightening details have been revealed about the man who broke in to Sonya Deville’s house on Saturday night, including that Mandy Rose was also in the house at the time.

The Tampa Bay Times obtained the petition for stalking protection that Sonya Deville filed on Monday about the obsessed stalker, 24-year-old Phillip A. Thomas, who allegedly told police that he was planning to take Deville hostage.

The petition says that Deville actually came face to face with Thomas on her back porch after her alarm was set off by the break in. She yelled, “What are doing, what do you want?” four feet away from him, and he began to walk towards her, holding a knife and pepper spray. “That is when I realized this person was not here to rob me, he was there to hurt me,” Deville said.

Deville then ran to her friend’s room and said, “There’s a man in the house, we have to go.” The friend was Amanda Saccomanno AKA Mandy Rose. They ran into Deville’s garage and were able to drive away to call 911. “He thought I ran up the stairs, leaving me and my friend just enough time to escape,” she said.

Police arrived within minutes to arrest him at the house and found him with a knife, mace, plastic zip ties, window punches and duct tape. He remained in the house thinking Deville and Rose were somewhere hiding.

According to a court motion filed by prosecutors requesting he be held until trial without bail, “The defendant admitted that his intention was to take Mrs. Berenato hostage by spraying her (with) pepper spray, binding her hands with the zip ties, and wrapping duct tape around her arms to prevent from fighting back. He stated that he intended to keep Mrs. Bernato hostage, preventing her from attending a planned event schedule for the following week, and that he was not going to leave her residence without her answering all of his questions.”

The court petition by Deville also says that after the incident, she discovered that the stalker sent hundreds of messages to her on Instagram dating back to March 2019, which she didn’t see because they were sent to her “requests” folder. “I’m a public figure with a social media following of almost 1 million so all his messages were in my ‘request’ folder, which is filled with thousands of messages from people I do not follow.”

“The nature of the messages from this account were obsessive, suicidal, idolizing, saying, ‘You are the only person I will ever love,’” Deville wrote.

From another account, he also had been sending her threatening messages since July 5, including, “I found your home address” along with her address. The Tampa Bay Times says, “In other messages, the sender threatened to decapitate or go after Berenato’s friends and relatives by name and described sex acts. One message included a photo of a penis.”

The last message from that account was sent on 12:16 AM on the night of the break in. “Look outside, baby, by your pool. I’m here. I’m gonna kill that little bitch you have inside with you.”

Thomas was still in jail as of Tuesday on charges of armed kidnapping, aggravated stalking, armed burglary and criminal mischief. A hearing is scheduled for Thursday on the prosecution’s motion to prevent his release on bail.