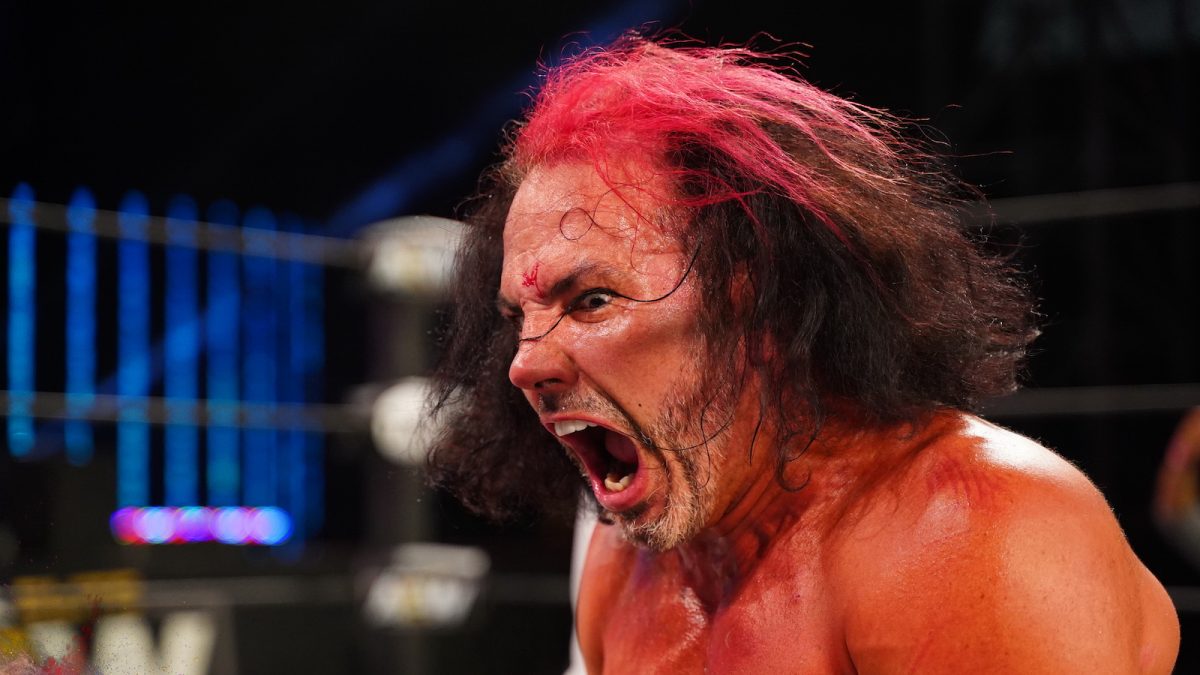 As noted before, Matt Hardy suffered a head injury during this past Wednesday’s episode of AEW Dynamite when Sammy Guevara tossed a chair at him, resulting in a bloody gash on Hardy’s head.

In a recent episode of Wrestling Observer Live, Bryan Alvarez reported that while the spot itself was planned, the accident was caused by Guevara grabbing the wrong chair.

Alvarez reported that the original plans were for Guevara to grab a traditional folding chair located at ringside for the spot and toss it at Hardy, but Guevara was unable to quickly find the chair, panicked, and grabbed a different heavier chair instead.

In regards to Matt Hardy’s injury status, Dave Meltzer reported in this week’s Wrestling Observer Newsletter that following the taping of the episode on July 30th, Hardy’s head was very sore and he dealt with headaches all week long, likely meaning he suffered a concussion. Hardy reportedly was feeling fine by the day of the episode’s airing on television on Wednesday.

WrestlePro recently announced that they will be running an event on September 13th in Union, New Jersey. The main event was announced to be a triple threat match of Brian Myers (Curt Hawkins in WWE) vs. Health Slater vs. Brian Pillman Jr.

Mexico City officials reportedly have recently given permission for wrestling events to resume in the city starting on August 8th, according to the Wrestling Observer Newsletter. Dave Meltzer reported that events will only be allowed if there are no fans in attendance and health safety precaution guidelines are strictly followed. Meltzer reported that CMLL held secret tapings earlier this week at the Arena Mexico in violation of the city’s ban on events at the time.

New Japan Pro Wrestling reportedly generated a paid attendance of 698 for their Summer Struggle event on August 6th in Tokyo, Japan, according to the Wrestling Observer Newsletter.

NJPW officials reportedly currently have plans for a potential attendance of around 10,000 for their upcoming Summer Struggle event on August 29th at the Jingu Stadium in Tokyo, according to the Wrestling Observer Newsletter.