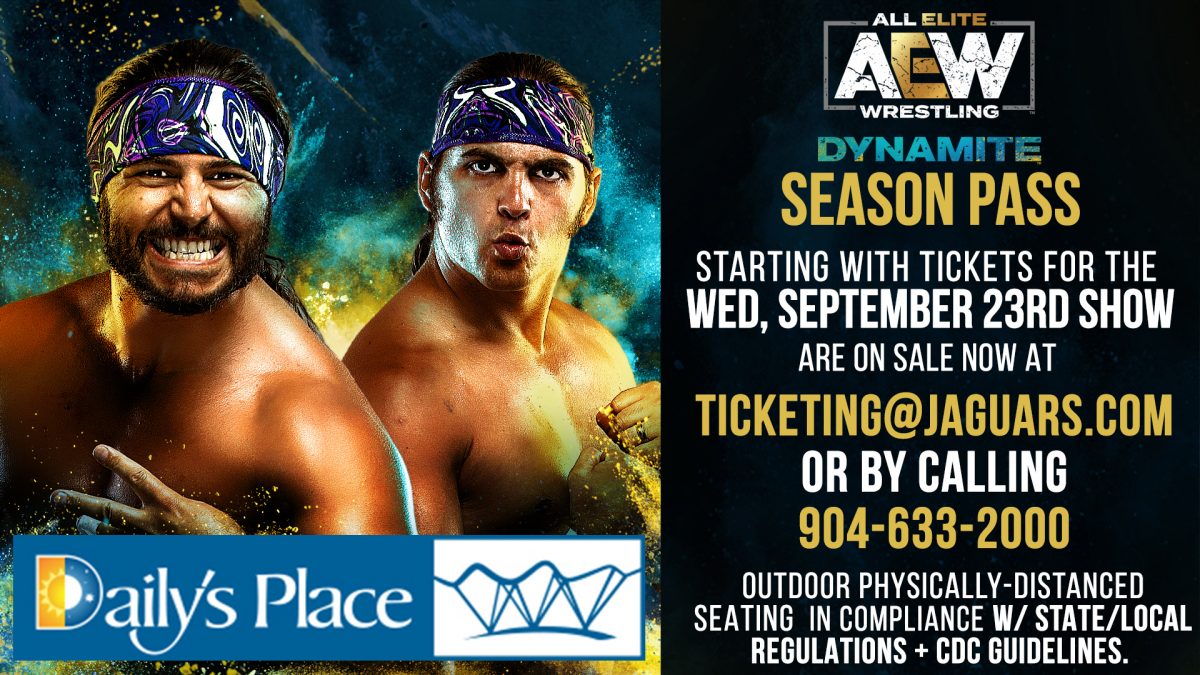 AEW announced that they’ll be selling a “season pass” to seven AEW Dynamite shows at Daily’s Place in Jacksonville during the months of September, October and November for a total of $175 (plus fees).

Join us this Fall with the “Dynamite Seven” Season Pass for upcoming #AEW televised live events in Sep, Oct, Nov at @dailysplace in Jacksonville, FL, beginning with the 9/23 show. Seven events for a total of $175 (plus fees) pic.twitter.com/12mVSGjoXI

AEW began allowing fans into Daily’s Place late last month at a limited 10-15% capacity. Individual tickets were on sale starting at $30, so this reduced rate will likely allow them to more easily reach their capacity, since they’ll be running week after week in the same arena and may have otherwise had trouble selling tickets to the same market each week.