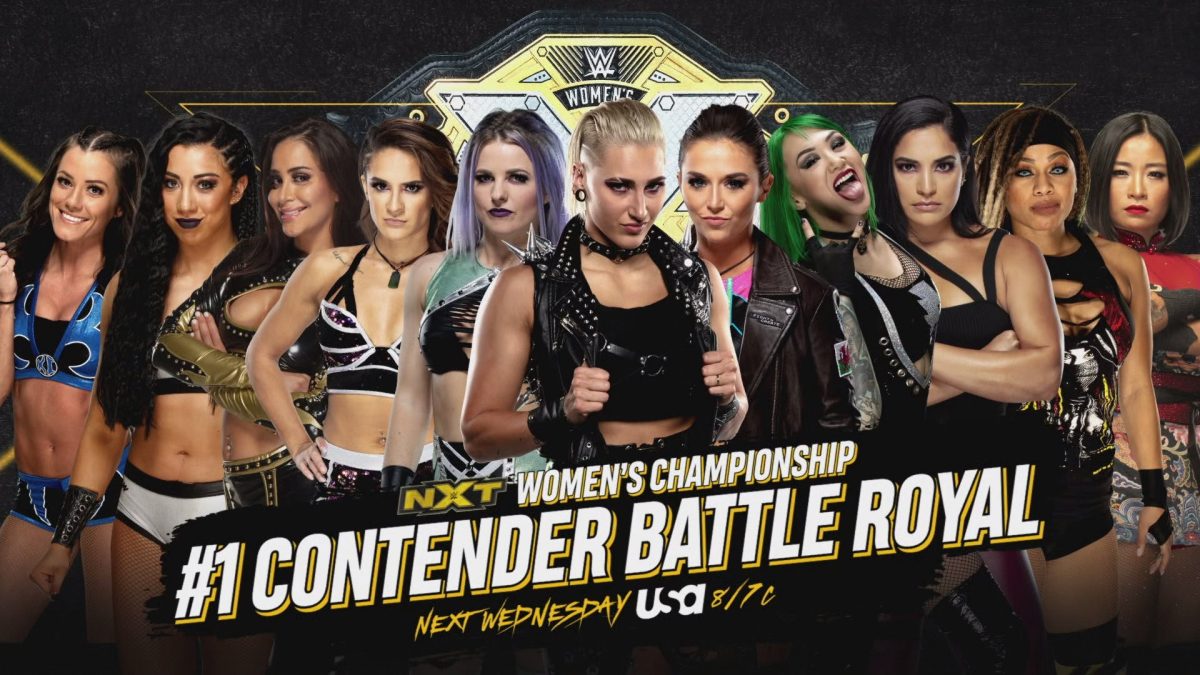 Here’s what was announced for next Wednesday’s NXT episode:

A “gauntlet eliminator” match was also announced to determine Finn Balor opponent for the NXT Championship at TakeOver, but it wasn’t made clear whether this would happen next week or in two weeks.

– #1 Contender (NXT Championship) Gauntlet Eliminator Match: Winner will face Finn Balor for the title at TakeOver. Two men start in the ring and a new wrestler enters every 4 minutes. Eliminations by pinfall and submission only. Last man standing wins.

#WWENXT‘s roster is too stacked to do a regular No. 1 Contender’s match for @FinnBalor‘s #NXTTitle.