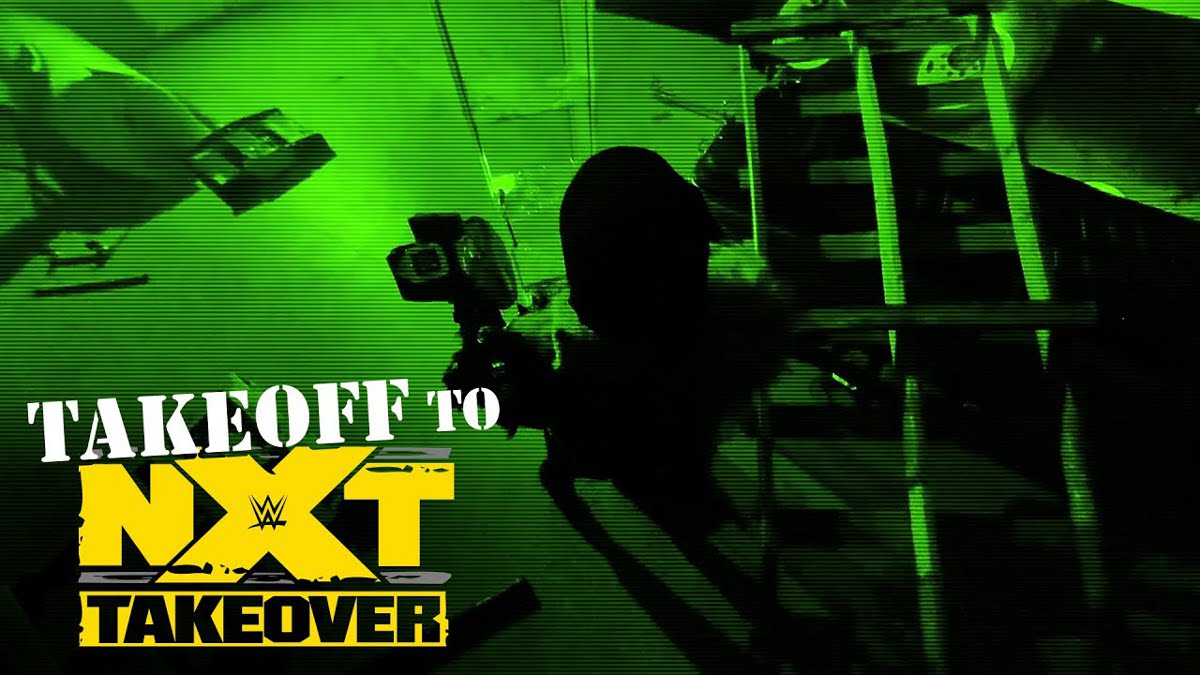 This past Wednesday’s episode of NXT featured a vignette for a mysterious person who stated that he would be making his return to the brand at NXT’s TakeOver event on October 4th. This mysterious person alluded to being a former NXT Champion as a clue to his identity.

Dave Meltzer reported in this week’s Wrestling Observer Newsletter that the current speculation going around is that this mysterious person likely will be Bo Dallas. Dallas was a former NXT Champion during the brand’s early days and has not been on WWE television for some time.

Another name currently being speculated about is Robert Roode since he also was a former NXT Champion and has not been on WWE television for some time as well.

As noted before, WWE postponed their NXT UK TakeOver: Dublin event earlier this year due to issues related to the coronavirus pandemic. This event was originally scheduled to take place on April 26th and had been rescheduled to a new date of October 25th.

Trademarks for “T-BAR“, “Slapjack“, “Mace“, “Retaliation“, and “Reckoning” were filed on September 21st for wrestling and entertainment-related purposes. These were revealed during this past Monday’s episode of RAW to be the official names of the key on-screen members of the group known as Retribution.

A trademark for Ultimate Warrior’s logo was filed on September 22nd for merchandise-related purposes.

WWE announced that they will be airing a new Watch Along show on their YouTube, Twitter, and Facebook accounts during this Sunday’s Clash of Champions event.

Announced to be appearing throughout the show are Keith Lee, Dominik Mysterio, Xavier Woods, Rhea Ripley, Natalya, and Santino Marella.

Get set for a championship Sunday with a full day of programming across WWE platforms leading into WWE Clash of Champions.

Catch a special edition of “La Previa de Clash of Champions” at 11:00 a.m. ET/8:00 a.m. PT, as Keith Lee, Jey Uso and Vega all join the show.  Next, catch a special presentation of “The Best of WWE Clash of Champions” at 12 p.m. ET/11 a.m. CT to relive a host of memorable title matches and incredible moments from the high-stakes, pay-per-view event.

Later, settle in with the crew of WWE’s The Bump at 4:00 p.m. ET/1:00 p.m. PT on WWE Network, Facebook, Twitter, YouTube, Instagram and Twitch. WWE Champion Drew McIntyre, Jimmy Uso, Sami Zayn and Zelina Vega will all join the show to preview the night at the WWE ThunderDome Inside the Amway Center.

The WWE Payback Kickoff Show begins at 6 p.m. ET/3 p.m. PT on WWE Network and WWE social platforms, including TikTok, and will provide expert analysis ahead of the night’s title showdowns. Join our panelists for a deep dive into the Bloodline battle between Universal Champion Roman Reigns and Jey Uso, the Ambulance Match between WWE Champion Drew McIntyre and Randy Orton and more.

WWE Watch Along also returns with a star-studded cast of Superstars alongside the pay-per-view event. Lee, Dominik Mysterio, Xavier Woods, Rhea Ripley, Natalya, Santino Marella and more will help break down all the excitement from WWE Clash of Champions. Join the world’s best viewing party across WWE social platforms.

Catch it all and don’t miss WWE Clash of Champions on the award-winning WWE Network, streaming Sunday at 7 p.m. ET/4 p.m. PT.