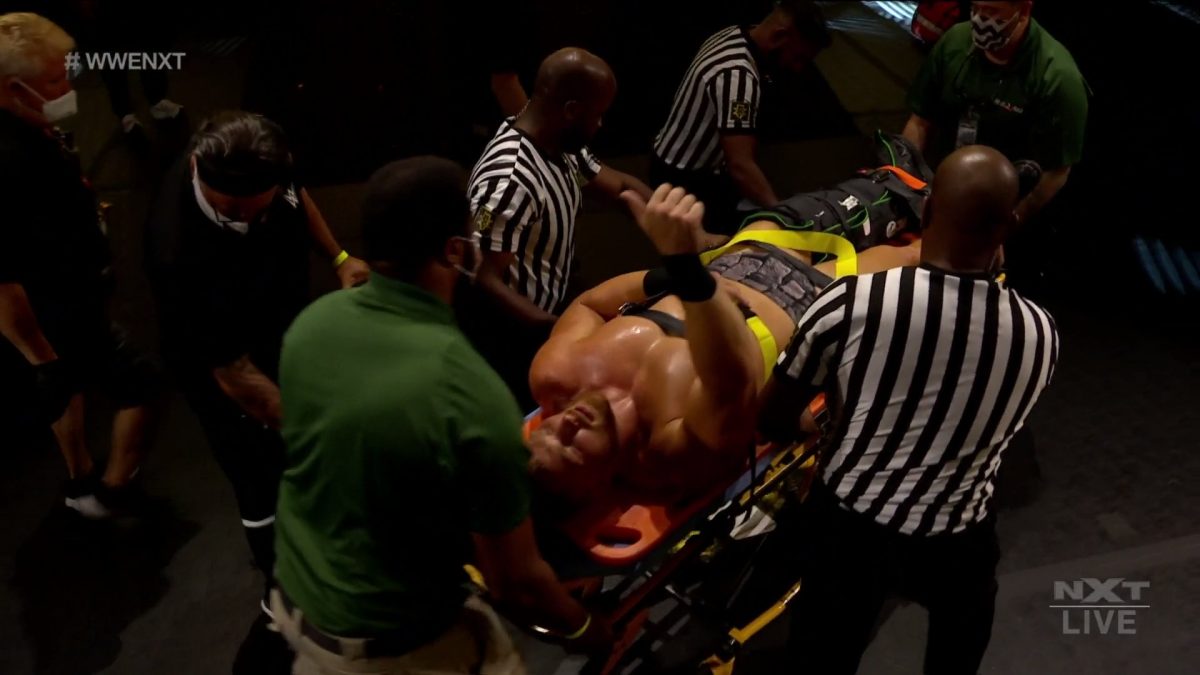 After Holland defeated Danny Burch, he continued to attack him after the match until Burch’s tag team partner Oney Lorcan ran out for the save. Lorcan and Holland brawled for a while until Lorcan hit a pescado onto Holland from the ring to the outside. Holland caught Lorcan, but went down, with his left leg giving out and bending awkwardly.

The referees immediately threw up an “X” and checked on Holland.

After commercials, he was shown being stretchered out and giving a thumbs up.

Holland was involved in an angle with the Undisputed Era at TakeOver on Sunday, with him carrying Adam Cole’s lifeless body to ringside to close the show, apparently having attacked him backstage.

Doesn’t look great for Ridge Holland, the ref through up the X as well.