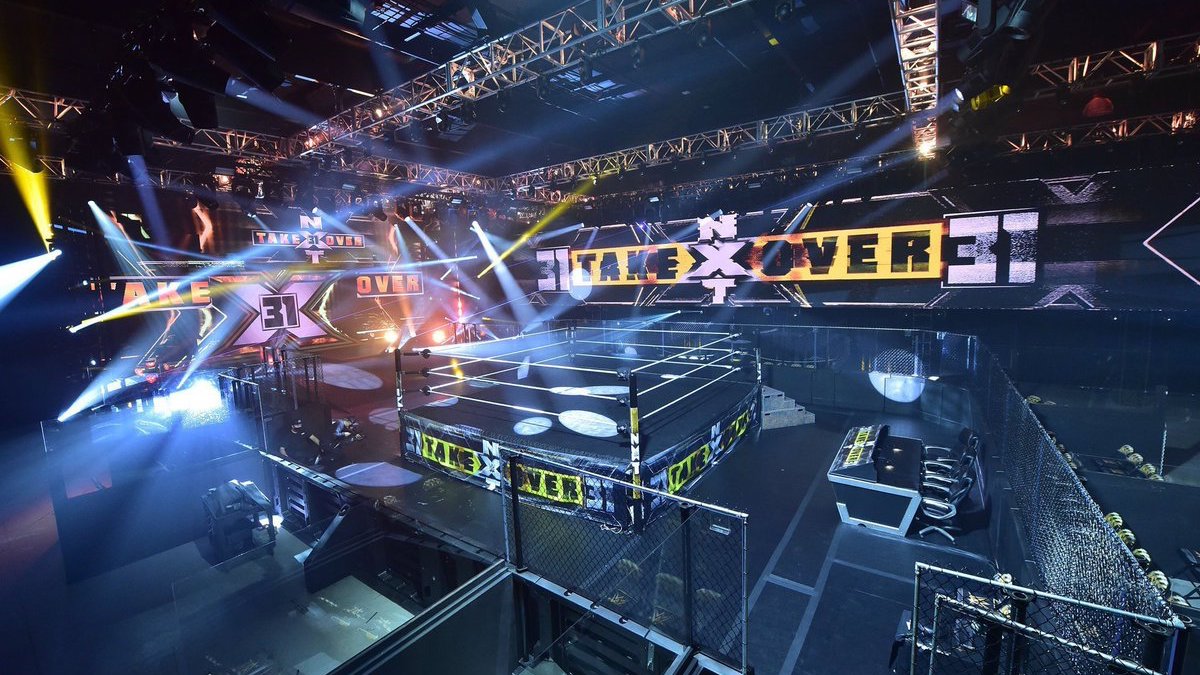 More on NXT Inviting Fans for Their Capitol Wrestling Center

As noted before, WWE recently moved their NXT brand from Full Sail University to their Performance Center, which has been renamed to the Capitol Wrestling Center for NXT television tapings and events. The first event in NXT’s new venue was TakeOver 31 which featured a limited live crowd.

Fightful Select reported (via WrestleTalk) that WWE currently has plans for fans to be invited to NXT tapings at their Capitol Wrestling Center going forward. It was also reported that tickets for these tapings will not be sold and will only be available by invitation.

Similar to the process for NXT TakeOver 31, those invited will be required to take and pass both COVID-19 tests and temperature checks before being allowed inside the venue. Face masks and social distancing guidelines will also be required to be followed at all times during shows.

Those who are invited will also be required to sign a waiver absolving WWE from any legal consequences should they contract COVID-19 or fall ill afterwards from attending their Capitol Wrestling Center.

WWE Adds Barstool Sports CEO to Their Board of Directors

WWE recently announced that they have elected former Barstool Sports CEP Erika Nardini to their Board of Directors.

Prior to joining WWE, Nardini had been the CEO of Barstool Sports from 2016 to 2020 and oversaw the company’s rapid growth as a brand and in revenues during her time in charge. Nardini has also worked in high level positions in Microsoft, AOL, Demand Media, and Yahoo! during her career.

WWE ELECTS ERIKA NARDINI TO BOARD OF DIRECTORS

STAMFORD, Conn., October 5, 2020 – WWE (NYSE: WWE) today announced that Erika Nardini, CEO of Barstool Sports, has been elected to its Board of Directors.

“Erika is a seasoned executive with a tremendous track record of building businesses, developing experiences, and engaging different audiences across the media ecosystem,” said Vince McMahon, WWE Chairman & CEO. “Her entrepreneurial spirit, business acumen and understanding of today’s consumers will serve as a perfect addition to our Board of Directors.”

Nardini was named Barstool Sports’ first CEO in 2016 and since that time the company has experienced tremendous brand and business growth as one of the fastest-growing lifestyle brands on the internet, generating hundreds of millions of dollars in revenue. During her tenure at Barstool Sports, Nardini has launched more than 35 brands, including breakout franchises in sports, entertainment, female lifestyle, business and sports betting. She also spearheaded the development of more than 1,500 social accounts, a top channel on SiriusXM and the #1 selling flavored vodka in North America, Pink Whitney.

Prior to joining Barstool Sports, Nardini held c-suite and leading roles at media platforms such as Microsoft, AOL, Demand Media and Yahoo! She also was part of two early stage start-ups in the fashion and music industry and sits on the advisory boards of the Premiere Lacrosse League and Food52.

This past Friday’s episode of WWE Friday Night SmackDown drew a final viewership of 2,155,000 on FOX, according to Showbuzz Daily. This was the up compared to the initial overnight number of 2,043,000 viewers on the network.