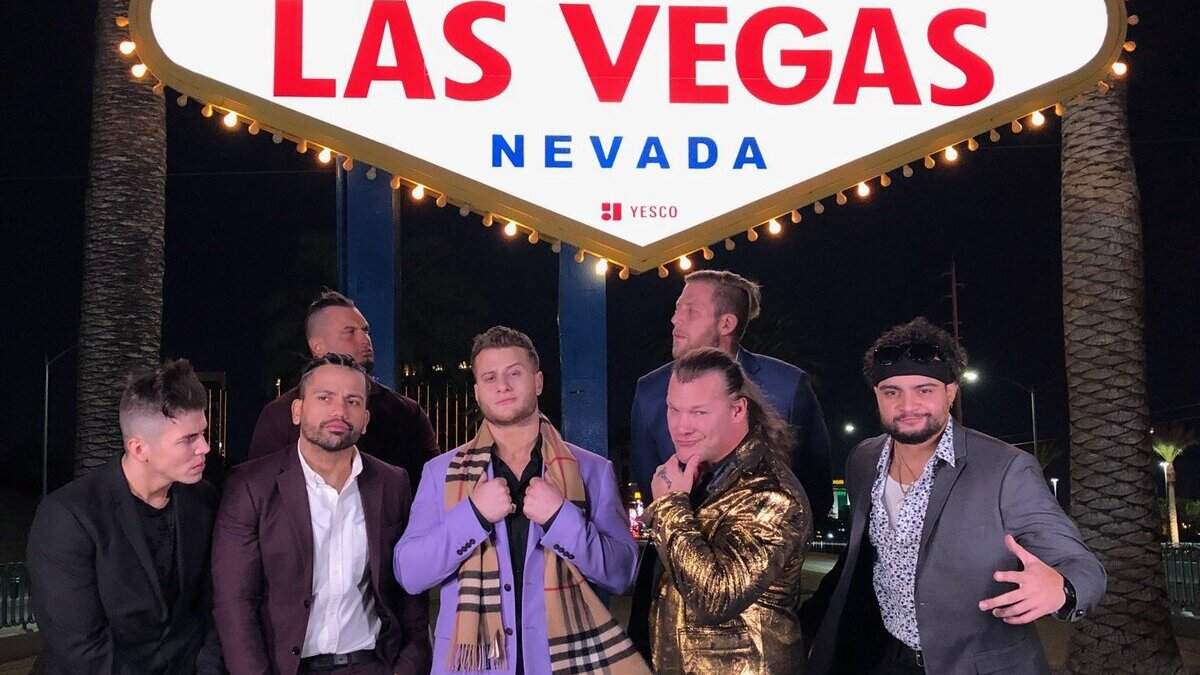 This past Wednesday’s episode of AEW Dynamite featured two segments of the Inner Circle’s trip to Las Vegas.

Dave Meltzer reported in this week’s Wrestling Observer Newsletter that the segments were filmed at The Cromwell hotel, which is notable in wrestling history for being the weekend home of former wrestling promoter Zane Bresloff during its time under the name The Barbary Coast Hotel.

Meltzer reported that the person in the dragon costume was Piff the Magic Dragon, who is a Las Vegas entertainer and became famous after his appearance on the America’s Got Talent television series.

AEW officials currently are planning to tape new episodes of AEW Dynamite every other week for the month of December, according to the Wrestling Observer Newsletter.

Dave Meltzer reported in this week’s issue that AEW’s upcoming episode on November 25th will not be a live episode and instead was taped on November 19th.

In regards to ticket sales, Meltzer reported that AEW sold around 450 tickets for this past Wednesday’s episode which were broken down into 400 paid tickets and 50 tickets given away to sponsors.

Entertainment magazine People held a recent interview with Renee Paquette, formerly known as Renee Young in WWE. One of the topics discussed included her thoughts on Jon Moxley publicly revealing during his promo on this past week’s episode of AEW Dynamite that the couple is currently expecting their first child.

“We are so beyond excited to start this new chapter, and now finally having the world know feels like a weight has been lifted off my chest. I am the worst at keeping fun secrets! However I definitely couldn’t have predicted that the world would have found out on AEW Dynamite.

I was thinking about all of these cute different ways that we could break the news to everyone and then bam, Jon just haphazardly spills the beans on Dynamite! But we’re a kinda no-frills couple, so I guess it actually fit perfectly.”