Chelsea Green Suffers a Broken Wrist in Her SmackDown Debut 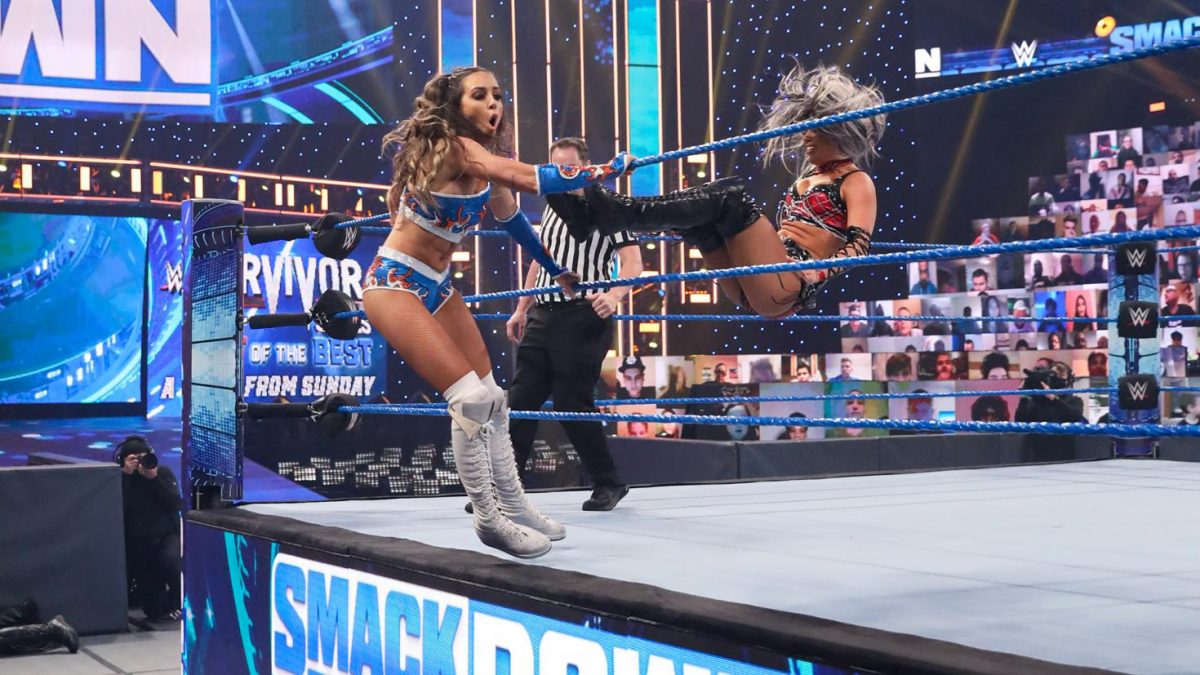 During the Fatal 4-Way Qualifying Match for the opportunity to qualify for the SmackDown Women’s Survivor Series team on Friday evening, Chelsea Green suffered a broken left wrist.

Chelsea was taken to a local hospital for further evaluation.

Green also posted a photo of herself in the hospital on Instagram and wrote, “Just another twist in my @wwe story tonight! If you wondered where I went after my entrance, here’s your answer… another broken arm. Nothing I haven’t dealt with before! I’ll be back before you know it! 💙”

On Twitter, she said that she was heading into surgery.

Just like the rest of my career, I couldn’t have an easy debut! LOL, that just wouldn’t be fit for my wild journey.
I’m headed into surgery now. I am beyond devastated but so excited to be a part of @WWE team SmackDown, when I get back! 💙

The injury appeared to happen about a minute into the four-way Survivor Series qualifying match tonight when she climbed onto the apron from outside and was dropkicked by Liv Morgan, then fell to the outside on her wrist. You can see her immediately grab her wrist after the fall in the video below at about the 53 second mark.

According to Fightful Select, Green was originally scheduled to win the match and would have been on the SmackDown Survivor Series team. After her injury, the finish was changed to have Liv Morgan win instead.

Green also suffered a broken left wrist in March of 2019 during an NXT dark match. That injury kept her out of action for about three and a half months.

Green last wrestled on the May 27 episode of NXT.