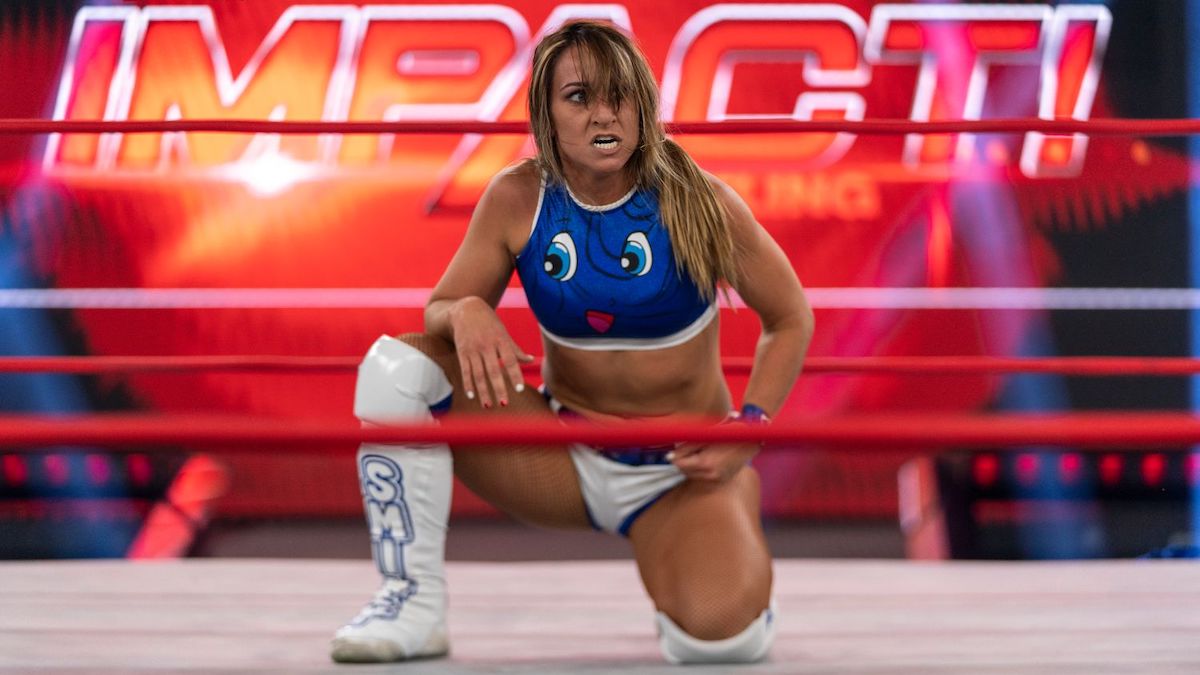 Impact Wrestling and Lucha Libre AAA officials reportedly had big plans for Kylie Rae prior to her abrupt retirement from wrestling, according to the Wrestling Observer Newsletter.

Dave Meltzer reported in this week’s issue that Impact Wrestling officials had planned for Rae to defeat Deonna Purrazzo for the Impact Knockouts Championship at last month’s Bound for Glory 2020 event.

Meltzer also reported that Lucha Libre AAA officials had plans for Rae to be one of the two women wrestlers who would be playing a Marvel-inspired wrestling character as part of their recent deal with Marvel, where “a new group of wrestlers inspired by Marvel’s most iconic Super Heroes and villains will be introduced.” It was reported that this would have been a high-profile mainstream spot for Rae in Mexico and would have included a lot of merchandise for her new character with the possibility of this merchandise also being sold in the United States.

WrestlingInc.com held a recent interview with Major League Wrestling owner Court Bauer and one of the topics discussed included the company’s current plans for the return of fans to their events.

“My hope and goal is to have fans in the spring, but we have no idea what the rollout of the vaccine is going to look like. I don’t really have a sense yet about athletic commissions and what their game plan is going to be for 2021 because it’s not just the fans. They have certain criteria for locker rooms and even big arenas, NBA-sized arenas can’t accommodate what they’re asking for, and what they’re asking for makes all the sense in the world. It’s just what is out there to make sure we can comply with that. It’s hard. So there’s a bit of that based on where we run in Pennsylvania.

We run in New York. Those are two key markets. We also run in Chicago, Dallas, Florida and a few other places, but it’s kind of like a jump ball. We have some ideas. We actually have a site survey that’s set for later this month, another exclusive for you, where we’re going to have our guys go out. It’s a tough gig. They’re going to have to go out to Hawaii and also down to the Caribbean because we are looking at doing an actual island show. So ‘Filthy Island’ is a real thing that’s going to happen we hope. Will we have fans when we do it? To be determined but we’re going to be doing something like that on the horizon.

I want to do a live show from a tropical location. I think it would be really cool for DAZN. It would also be really cool for TV. So we’ll see where it ends up. Those are some of the goals and some things we got in the mix. Where do I see us in a year from now? I think we’ll be, hopefully, returning to some semblance of normalcy. Will we be running every taping in the cycle and manner of which we did in the past? Perhaps, maybe it will take a little bit longer. It’s hard to know. Hopefully, we have a president by then. We’ll see what happens. I just want to get through 2020.”

Game Changer Wrestling recently announced that Jordan Oliver, Spyder Nate Webb, and Sefa Fatu will be making an appearance for the company at their Slime Season event on December 5th in Las Vegas, Nevada.

Indie wrestler Lee Moriarty announced on Twitter earlier this week that he has recently tested positive for the coronavirus.

New Japan Pro Wrestling reportedly drew a paid attendance of 2,834 for their Power Struggle 2020 event this past Saturday in Osaka, Japan, according to the Wrestling Observer Newsletter.

NJPW recently announced that next year’s New Year Dash event will be taking place on January 6th at the Tokyo Dome City Hall in Tokyo, Japan.

Local government officials in Mexico City, Mexico reportedly do not have any plans to allow fans to attend wrestling events for at least the next few weeks due to the current status of the coronavirus pandemic in the city, according to the Wrestling Observer Newsletter. Lucha Libre AAA officials reportedly have recently become open to the idea of holding this year’s Triplemania XXVIII event as an empty arena show in order to ensure it takes place in 2020.