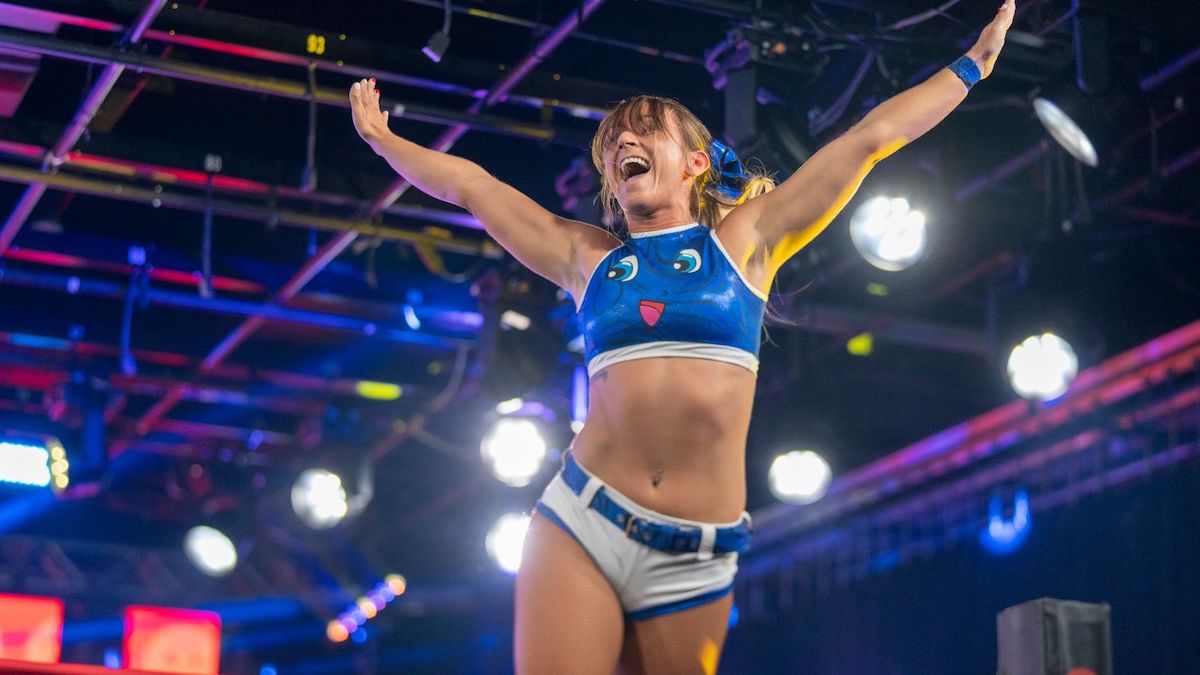 As noted before, Kylie Rae announced earlier this month that she has retired from wrestling. Rae had been scheduled to wrestle at Impact Wrestling’s Bound for Glory PPV last month, but did not appear.

PWInsider’s Mike Johnson reported that despite her retirement, Rae currently remains under contract with Impact Wrestling.

Chris Van Vliet held a recent interview with Lance Archer and one of the topics discussed included the origin of his “Everybody Dies” catchphrase and “Murderhawk Monster” nickname.

On the topic of his “Everybody Dies” catchphrase, Archer stated:

“There’s kind of that underlying meaning to the phrase ‘Everybody Dies’ that’s like everybody’s career ends at some point. I’ve been lucky and blessed over 20 years now and still going strong and at a top level with a top company in the business of professional wrestling but at some point, it will come to an end. I don’t know when and I don’t plan on it being any time soon, but this has been my biggest and best opportunity and the waves that AEW is making in the whole world of professional wrestling from the very first All In event, I was very supportive of that, simply for the fact that I knew what it could do to change the business of professional wrestling… going back to the mantra of ‘Everybody Dies’, it’s like take your chances now. Don’t let anything pass you by. Kick ass now and apologize later if you have to.”

On the topics of his “Murderhawk Monster” nickname, Archer stated:

“So last year when the G1 happened it was one of those situations where I took it upon myself, I was like ‘This is a big opportunity’. Initially I wasn’t even in the G1 for that year, they were starting in Dallas, I was going to be on that show and then I was included into the G1. I had been part of a great tag team, KES, Killer Elite Squad for many years and this was my first real coming out part as a singles wrestler in New Japan since before Davey Boy Smith Jr. had joined New Japan back in 2012 and KES had just gotten started. I just did everything I could to change every part of me that was known to the wrestling world and the G1 was such a huge platform. We were going to be live on AXS TV in the United States of America so it was just one of those situations where I was like I am going to change everything. The initial hair was not the braid, it was more of a crazy poofed up Mohawk thing and we started calling it this crazy Mohawk and this and that and I was like, ‘It’s not a Mohawk, it’s a Murderhawk’ and then it morphed into the Murderhawk Monster. Everybody’s had their ‘monster’ monikers in professional wrestling world throughout history but I just thought it was fun to say; Murderhawk Monster.”

Ring of Honor talent Danhausen filed a trademark for “Danhausen” for wrestling and merchandise-related purposes on November 5th to the United States Patent and Trademark Office.

Spanish language cable network Univision reportedly recently divested itself of the El Rey Network, according to PWInsider. The El Rey Network was the home network of Lucha Underground in the United States during its four seasons in existence.

Game Changer Wrestling announced that Jacob Fatu and Rich Swann will be making an appearance for the company at their Slime Season event on December 5th in Las Vegas, Nevada.

Major League Wrestling recently announced that they will be airing new episodes of their MLW Fusion television series every Wednesday at 7PM EST starting on November 18th. While answering a question on Twitter, MLW revealed that they originally wanted a weekly Thursday date for the return of their MLW Fusion series but their network partners pushed for a weekly Wednesday date instead.