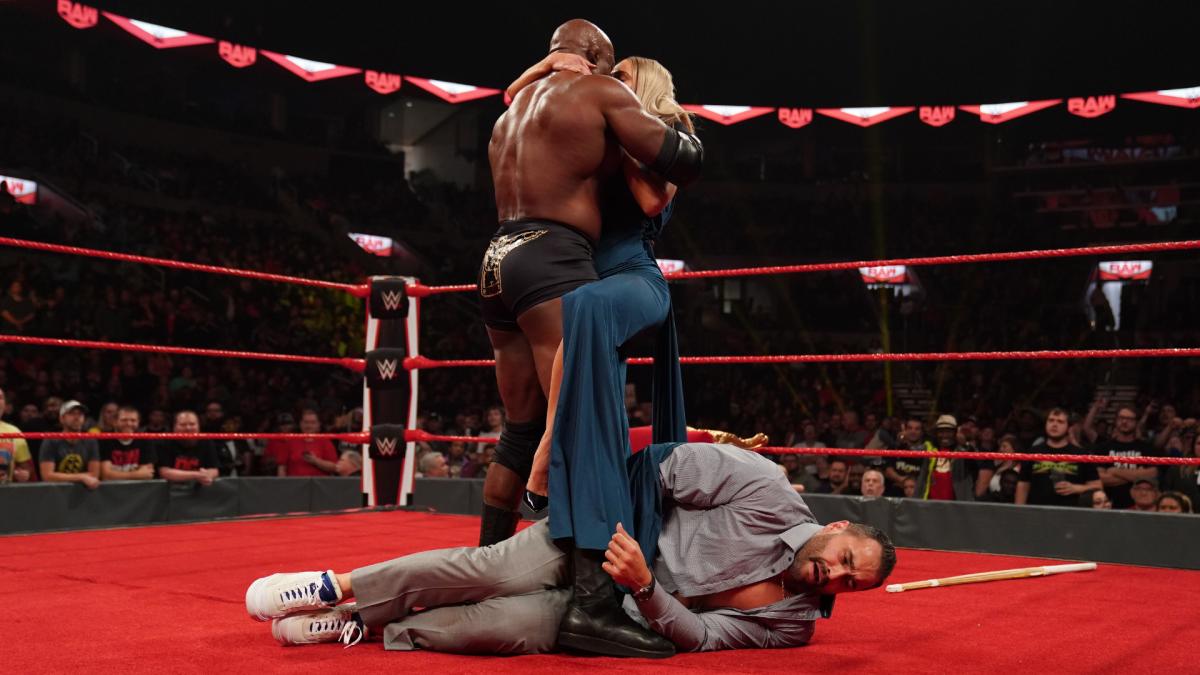 A recent episode of the Talk Is Jericho podcast had Miro as the guest. One of the topics discussed included Miro revealing that Paul Heyman had potential WrestleMania 36 main event plans for his infidelity and wedding angle storyline involving himself, Lana, Bobby Lashley, and Liv Morgan.

“And I left and I stayed home for three or four months and I think Paul Heyman called us with that story, and I was like, ‘Where is it leading?’ Of course because this is my first question. Cool, it’s not my favorite story but where is it leading? ‘Main event of WrestleMania. One of the main events of WrestleMania.’ When you hear that, what are you gonna say? There’s plans and this is September, October, whatever it was so it’s a few months planned and it’s very realistic. Cool, I jumped on board and I knew it was a red flag since the beginning.

But we still — we did turn it around. I think because the story was good, it was very controversial, but it didn’t turn around once again until I started having fun. I started playing the crazy guy because Paul Heyman was telling me, ‘You don’t care about her, you’re so over it. You just wanna have fun. You’re fine to be away,’ and we got there eventually but the other side, the other camp, Vince is thinking the complete opposite of, ‘Why are you smiling? Why are you [like] this? You’re heartbroken.’ Now, they can’t get it together between each other and I’m stuck in the middle, and at the end of the day, when everything was said and done, they went all for me but during the period, I guess Vince loved Bobby [Lashley] and his heat and decided [for] him to beat me every night or whatnot.”

Miro also stated that WWE officials were not very happy when news leaked publicly of his real life marriage to Lana and scrapped plans of him winning the Intercontinental Championship at the time.

“I never had heat with anybody. I remember the one time I had heat was about the wedding, but that was not our fault either. When me and CJ [Lana] got engaged, they said that we leaked the pictures which is not true at all, in real life. So we were in an angle. Me and Summer [Rae] against Lana and Dolph [Ziggler], and we did get engaged but she sent that picture to the office and to some of the girls. It’s the happiest day of her life, she’s getting engaged. Somebody leaks that and they blame her, they blame me, I do jobs for six months. Our story gets cancelled that night, that night! We [were] in Chicago, I remember it because I was supposed to win the I.C. Title. We were supposed to get married with Summer. They nixed it that night and when I talked to Vince, he was like, ‘Well TMZ, it’s like CNN, it’s like world news. Everybody knows it’s true.’ I’m like, ‘What?’”

A new wrestling biographical book based on “Nature Boy” Buddy Rogers reportedly is currently in production, according to PWInsider. The book is titled Master of the Ring and is being written by wrestling historian Tim Hornbaker.

Ring of Honor officials reportedly currently believed that both Dragon Lee and RUSH will be making their return to the company at their next set of ROH TV tapings in December.

Consejo Mundial de Lucha Libre reportedly will be taking a break from holding events for the next three weeks due to current issues with Ticketmaster, according to TheCubsFan.com. CMLL is currently planning to resume weekly events starting on November 27th.

Zicky Dice’s current contract with the National Wrestling Alliance reportedly expires at the end of this year, according to Fightful Select. It was reported that Dice also currently has some backstage heat with current NWA Worlds Heavyweight Championship Nick Aldis and has been involved in disagreements that were “well known” within NWA’s locker room.

New Japan Pro Wrestling is currently expected to hold this year’s Super J-Cup tournament at the Oceanside Pavilion in Port Hueneme, California, according to the Wrestling Observer Newsletter. Dave Meltzer reported that this is the same location NJPW has been using for their television tapings for their NJPW Strong series.